Top Five Articles from May

By Jennifer Curry
Posted In: Best of

1. JPMorgan Chase and the London Whale: Understanding the Hedge That Wasn’t

How exactly does one “hedge” a book of commercial loans — JPMorgan’s traditional banking business — by writing protection on other companies’ paper, thereby gaining loss exposure to these other loans? Here’s why calling the trades complex, poorly monitored, and poorly understood is an understatement.

A detailed review of 13F filings for the first quarter of 2012 reveal that, as a group, portfolio managers moved out of energy, utilities and consumer staples stocks and beefed up their holdings of technology, financial, and consumer discretionary stocks.

The Nobel Prize winner and preeminent expert on cognitive biases distilled much of his research findings into bite-sized portions when he spoke at the 65th CFA Institute Annual Conference.

Frontier markets are often thought of as inhospitable investing outposts where corruption abounds and investors face outsized risks. Notwithstanding, the safety and integrity of frontier markets has greatly improved over the past decade, and their growing popularity with professional investors is testament to the fact that the risk-adjusted returns offered by frontier markets are indeed attractive.

5. The Unintelligent Investment? Gauging Facebook’s IPO Through the Lens of Graham and Dodd

Investors who bought shares in the recent public offering should have first consulted the authors of Security Analysis, who wrote that the intrinsic value of a security is “that value which is justified by the facts . . . as distinct, let us say, from market quotations established by artificial manipulation or distorted by psychological excesses.” 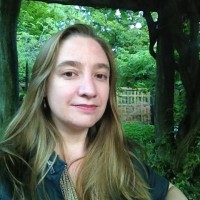 Jennifer Curry formerly served as managing editor of the Enterprising Investor. Previously, she was the social media manager at the New York Society of Security Analysts (NYSSA). Prior to her work at NYSSA, Curry worked as the senior project editor for a nonfiction imprint at Barnes & Noble Publishing and as an assistant editor at the H.W. Wilson Company. She is the editor of several volumes in the Reference Shelf series, and her writing has appeared in Smithsonian, IndustryWeek, Barnes & Noble Review, and other publications. Curry holds a BS in journalism and a BA in anthropology from the University of Kansas, and an MA in anthropology from Hunter College, City University of New York.