Bad Connection: What Today’s Investors Can Learn from the Death of the Pay Phone

Recently, Barron’s ran a short item on New York City’s plan to convert more than 6,000 remaining pay phones in the city into “digital kiosks” that emit Wi-Fi signals and contain charging stations for mobile devices. I’m sure most readers had a similar reaction to mine: “Wow, there are still 6,000 pay phones left in New York City?!” But that’s not what made the article interesting — and potentially valuable to novice and professional investors alike.

Back in the late 1990s, I received a steady stream of research reports from prestigious Wall Street brokerages recommending the stocks of, you guessed it, publicly traded pay phone companies. There were four of them still in business at the time, and as the reports pointed out, they were all attractively “cheap” by traditional valuation measures, such as their price-to-earnings multiples or market capitalization-to-revenues ratios. Not only that, but recently enacted deregulation was allowing pay phone operators to boost the prices they could charge for local calls, leading to predictions of new “windfalls” on Wall Street and in the financial media. Of course, in hindsight, we can see that those forecasts were wildly off the mark and that there was a clear reason those stocks were such bargains: They were well on their way to oblivion. The widespread adoption of cellular phones had already started, and it wasn’t going to stop. But at the time, many investors dropped their coins into the slots of these classic value traps and never got them back.

At first glance, the demise of a 20th-century telecommunications relic like the pay phone might seem as if it has no bearing on today’s markets, but in my 30 years in the financial industry, I’ve seen the same dynamic play out time and time again. Value-minded investors fixate on the trees of a certain set of metrics while ignoring forests of countervailing information. They also fail to peel their eyes away from a stock’s numbers long enough to ask a very basic question: “Will this company or industry still exist in five years?” It happened in the case of pay phone operators, paging companies, and video rental chains — and it’s almost certainly happening right now in a number of companies and sectors.

Despite a sharp decline following last quarter’s disappointing results, the stock of retailer JC Penney (ticker: JCP) is still well clear of its 52-week low. Some buyers may have been heartened by numbers like its improved operating margins in recent months. But value investors risk repeating the disaster of the pay phone if they focus too closely on margins and ignore a much more important indicator: growth.

As I write in my forthcoming book Dead Companies Walking, the lifeblood of any business is growing revenues, and unfortunately for its shareholders (including me — I covered my short position in the company and bought its stock earlier this year), JCP’s revenue growth is anemic at best. Year-over-year comps were flat in its most recent quarter. That’s a serious problem, especially when you consider how rotten its comp growth was last year. When a company can’t even beat a low bar like that, potential investors should think twice, no matter how “cheap” its stock price seems by other valuations.

The jury is still out on JC Penney, particularly whether its poor comps are the result of customers temporarily refusing to return to the chain after its botched makeover in 2012 or a broader secular change in how those customers purchase retail goods. I don’t believe there is any such question, however, for another company with a surprisingly resilient stock price.

Dex Media (ticker: DXM) has emerged as the largest surviving publicly traded producer of another telephone-related holdover from the last century, the Yellow Pages. Its stock, too, still seems temptingly inexpensive by various valuation measures, especially its multiple of cash flow. As with pay phone operators and deregulation in the late 1990s, some analysts have also been touting new opportunities for the company, specifically its online services. But even the most optimistic growth projections for those new services don’t seem to be sufficient to offset the precipitous decline in its print directory revenues. That leaves its shareholders precariously hoping that the company can grow its less profitable — and far from proven — online segment fast enough to make up for its rapidly disappearing traditional business, plus service the company’s massive debt load, to boot. In my opinion, that is a very iffy proposition, and yet — just as with pay phones in the late 1990s — there still seem to be plenty of people willing to risk money on it. Dex Media’s stock has remained stubbornly far above 52-week lows for months now.

The fact that investors continue to buy DXM is shocking to me. Then again, I’ve shorted the stocks of more than 200 companies that have eventually filed for bankruptcy, and many of these troubled firms managed to stay afloat — and even rally — for long periods of time before finally going under. When the end does come, it often does so quite rapidly, as it did for the once high-flying biotech company Dendreon a few weeks ago and as it did for pay phone companies at the turn of this century.

Consider this: According to the Barron’s article, the number of pay phones in the United States didn’t reach its peak until 1999, right around the time I was receiving those bullish analyst reports on pay phone company stocks. A few short years later, the only place to find those stocks was in the pink sheets. And they cost a whole lot less than a dime. 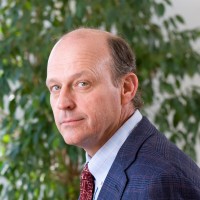 Scott Fearon, CFA, is founder and president of the hedge fund Crown Capital Management. He is also the author of Dead Companies Walking: How a Hedge Fund Manager Finds Value in Unexpected Places, which chronicles his 30 years of experience in the investment management industry. Fearon holds a BA from Stanford University and an MBA from the Kellogg School of Management at Northwestern University.

4 thoughts on “Bad Connection: What Today’s Investors Can Learn from the Death of the Pay Phone”