Six Ways Millennials Are Using Money That You’re Not

Millennials, also known as Generation Y, comprise the cohort of people born from roughly 1980 to 2000. Today, there are more than 84 million millennials in the United States alone, and they are a force to be reckoned with.

Every generation has unique attitudes, values, and quirks that distinguish it from its parent generation. The baby boomers, the group born between 1946 and 1964, largely rebelled against the more conservative environment of their parents, and millenials have set themselves apart as well. Simply put, while the baby boomers were concerned with race, feminism, and anti-war sentiment, two of the most distinguishing features of millennials are increasingly high levels of education and technological prowess. These new attitudes are remarkably reflected in how millennials use money.

1. Millennials are using money as a social network.

Although money as a means of exchange has arguably always been a social network, millennials have made this phenomenon increasingly explicit. Millennials are the primary users of smartphone applications like Venmo and Snapcash that allow them to not only transfer money for practical purposes, but also to promote dialogue and engagement among parties exogenous to the payment.

For example, Venmo compiles a user’s contacts directly from their Facebook friends list. The app encourages users to caption or comment on the transfer, both for bookkeeping purposes as well as for adding commentary. As a default, these captions are made public on the app’s home screen to create a marketplace, so users can see what their friends have been up to. Similarly, Snapcash is an extension of Snapchat, an app that allows users to send disappearing photos to each other. Snapcash users can send a picture and simultaneously make a payment. The inclusion of a multimedia component in an electronic payment on a preexisting social networking platform is revolutionary — it is redefining face-to-face exchanges.

Traditional means of exchange have heretofore been limited in speed and scope by third-party regulators and at a cost to the parties performing the exchange. Governments regulate exchange rates, credit card companies manage lines of credit for profit, and the speed at which transactions can be performed is a function of these bottlenecks. Recently millennials have challenged and begun to deconstruct the notion that these third parties are necessary.

In 2009, bitcoin became the first fully decentralized cryptocurrency. Users can send and receive bitcoins anywhere in the world via wallet software, personal computer, or mobile device. As a form of payment, its fees are 2–3% lower than most credit card processors. While bitcoin continues to encounter legal scrutiny and price volatility, it has continued to inspire many spinoffs and copycats. Applications like Venmo or Apply Pay piggyback on this desire for faster, more transparent payment systems. Apple Pay’s most salient selling point is that “now payments happen with a single touch.”

The past five years have witnessed enormous growth in investment management and financial planning companies targeted at younger clients. Firms like LearnVest, Betterment, and WealthFront are challenging the traditional financial adviser-client relationship. Now, much more financial planning and investment advice is being served up by robo-advisers. While the advice is certainly not one-size-fits-all, such automation is appealing to millennials who are more familiar with computer-generated decisions and, with fewer savings, may not be able to justify the fees of a traditional financial planner.

What is particularly appealing to millennials about these services is not only the competitive price point, but also the underlying philosophy. Simply put, Betterment’s CEO, Jon Stein, suggests his firm is “a service to build wealth, yes, but more importantly give [the customer] the peace of mind and the time to pursue [their] career and enjoy other things in life.” With lower fees and smaller minimum account sizes, these services alleviate some of the stresses of saving for retirement by allowing clients to start sooner without feeling the additional effort.

4. Millennials are banking without a bank.

The Millennial Disruption Index (MDI), “a three-year study of industry disruption at the hands of teens to thirtysomethings,” concluded that the banking industry is at the highest risk of disruption. In fact, 53% of millennials don’t think their bank offers anything different from any another bank and are significantly more likely to switch banks than their older peers. Moreover, more than two-thirds of respondents believe that in five years both the way we access our money and make our payments will be entirely different.

The rise of mobile banking has only strengthened this indifference to and distrust of the traditional bank model. The youngest millennials have fewer memories of phones without camera capabilities. The ability to simply take a picture of a check or invoice eliminates one of the most frequent reasons to step foot inside a bank, so banks are now differentiating themselves through the quality of their mobile banking apps and the number of services offered on the platform. While millennials are the primary consumers of mobile banking, they are not the only ones. Since 2009, the number of mobile banking users has more than tripled to an estimated 45 million in the United States.

5. Millennials are investing in more than just ROI.

The notion of a “double bottom line” (DBL or 2BL) is a distinctly millennial attitude. An extension of the conventional fiscal bottom line — that is “profit” or “loss” — the DBL measures both fiscal performance and positive social impact. An extension of the DBL, the “triple bottom line” (TBL or 3BL) also factors environmental or ecological considerations into performance. Much more so than the baby boomers or Generation X, millennials are using how they invest to contribute to a social cause, save resources, or help serve society in a positive way.

The recent rise of microfinance organizations like Kiva represents this desire not only to create a profitable business but also to alleviate global poverty. While there is more holistic consideration being given to the individual business, more abstractly, investors, particularly millennials, are investing with firms like Motif Investing who provide weighted baskets of stocks based on ideas. With Motif Investing, you can invest in socially conscious baskets of stocks like “Income Inequality” or “Climate Change.” Even larger institutions like Morgan Stanley have developed “Investing with Impact” platforms that better align with the firm’s core values permit clients to invest in socially positive ways. Although the relative success of impact investing as a philosophy is still up for debate, interest in the discipline and the number of players involved in the practice has increased dramatically.

6. Millennials are not intimidated by charitable giving.

The 2014 Millennial Impact Report concluded that 87% of millennials are giving to charitable causes. A majority made gifts greater than $100. As a result of the Internet Revolution, increased access to information has undoubtedly forced charities to become more transparent, thus lowering the cost of the due diligence process. Yet, more strikingly, when asked what they could offer to a cause, millennials more than any other group cited their social network and voice as assets, which, while more difficult to quantify than monetary donations, are extremely valuable.

In response, charities have changed the conversation. Semantically, charities have transitioned from the language of gifts as “donations” to gifts as “investments.” Practically, charities have personalized the nature of campaigns. Whether it is Charity: Water asking donors to give up their birthdays by requesting their friends give to the charity on their behalf, or the ALS Association’s social media campaign, the “Ice Bucket Challenge,” to promote awareness of the disease and encourage donations to research, millennials are very much engaged in charitable giving.

Ultimately, while these behaviors are not exclusive to millennials, they have become central to reshaping how young people think about money and approach financial decisions. As the first generation to grow up with regular access to computers and the Internet, it is hardly surprising how central technology has become to millennial life.

Of course, this is by no means an exhaustive list of the new ways millennials are using money. At the same time, like any other cohort, millennials have been employing money in many of the same ways for hundreds of years. While vehicles of delivery and presentation have changed and will likely continue to evolve, at the end of the day money still largely serves the same purposes it did when it first came into use.

If you liked this post, consider attending our 2015 Wealth Management conference, where there will be a session about Millennials and Money.

As always, don’t forget to subscribe to the Enterprising Investor. 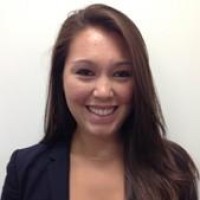