How to Tell If a CEO Will Manage Capital Well

The company you have invested your life savings in has just installed a new CEO. Should you pull your money out or double down?

The new CEO’s previous company was private, so there is no published financial information. This means you need to size him up based on what few details you can glean about his personality, which does not give you much confidence because apparently he’s a quiet, self-effacing guy who does not like journalists, press coverage, or publicity. Where to go from here?

I expect you know what you want, but I will just do some checks to be sure. I assume you want the company’s stock price to go up sustainably over the longer term, rather than rising quickly and then plummeting. I also assume that you know the new CEO’s performance will be somehow related to the performance of the industry. Do you have a multiple in mind that should be targeted relative to the market, for example?

And finally, I assume you have some way of checking him out — maybe a friendly PR guy in the company who will give you a little bit of internal gossip, a sympathetic analyst, social media platforms that rate his company and job performance, media articles, etc. Maybe you can talk to a journalist who has met him. If you are particularly daring, maybe you can call a couple of his suppliers or even his customers. Of course, they probably do not know him well either, but every little detail adds up and gives you another piece of the puzzle.

I am going to give you a few tips. They are not going to be the ones you would normally get from an analyst because they are based on behavioral cues rather than financial ones. Remember that you do not have any information on his financial results in his previous company, right? So there’s not much of an alternative.

The material in this article is based on Perth Leadership Institute research with CEOs and senior executives who complete our psychometric assessments. The dimensions referred to are actual tested dimensions. This is not just based on hunches but has a sound foundation in behavioral finance. Our research commenced in early 2002, before much of the work from behavioral finance was generally published. We arrived at our dimensions independent of the academic literature.

As coincidence would have it, however, our main two dimensions — the status quo bias and the illusion of control bias — line up exactly with the biases of the same names in the behavioral finance literature.

Is the CEO Visionary?

If the CEO is visionary on balance, he is less likely to manage capital well. Sure, he might hit one out of the park, but likely not on your watch, or even the next one. That’s because he will have to spend money to get to the vision, and in the meantime, he will not have any revenues to cover it. Also, many visionaries resist being financially conservative if it prevents them from achieving their vision.

This does not imply that if the CEO is a banking type he will do much better. If he’s too financially conservative, he will likely under-invest in product and his gross margins will decline, leading to a need to spend less to remain profitable. It’s all downhill from there. So, beware visionaries and bankers.

Is the CEO Altruistic?

If you find that the CEO is into causes in an active way, that’s not a good thing. Think Ben & Jerry’s and sustainable hedge funds. Altruistic people have other agendas that may be good for society but not for your investment. Definitely a bad sign.

If CEO is the opposite, however, you have some problems, too. If he’s really self-serving, some of the potential profits might legally disappear in the form of higher salaries and bonuses for him and his board, a lot of private jet travel, and big buildings with his name on them. It could happen less legally, too. Think Bernie Madoff or the guys at Enron.

Is the CEO Introverted or Extroverted?

This is an important consideration and often easier to determine through the people who know the CEO. If he’s highly introverted, he is more likely to be innovative and product oriented, which tends to equate with higher gross margins. But unless he chooses good salespeople, revenue growth may well be subpar because he is clearly not going to be doing the sales job himself. Sales, therefore, may well be a problem because if you are managing capital, nothing happens without a sale.

Extroverts, in contrast, have their own series of issues. Maybe he is narcissistic, which probably means much higher expenses, particularly on himself. More likely he is a good guy but just finds finances inexplicable and boring and leaves it to others to manage. So, generally, high extroversion is not associated with good management of capital unless the CEO has the good sense to hire a really crabby financial person who will stand up to him — something not very common these days.

Is the CEO Analytical or Intuitive?

This is not as hard as it looks to figure out. You can probably find out about the CEO’s education and degree (if he has one). For example, if he has a degree in anthropology, then likely he’s intuitive; a mathematics degree means he is probably analytical. If he does not have a degree, then it is likely he’s intuitive. And so on.

So what does that mean? If the CEO’s analytical, chances are his expenses will be higher. His margins might also be higher, but not by as much as his expenses because he will not make as much money. Intuitives generally tend to be profitable on low gross margins. Analyticals generally tend to be less profitable on somewhat higher gross margins and much higher expenses. Yes, it’s complicated, and worth another article.

Does the CEO Have a Sales or Product Orientation?

I realize that there are many other areas besides these, but this breakdown is still quite predictive if you can figure out which of these the CEO is. Actually, neither one is going to make him a good manager of capital on its own, but it will provide you with some information on how he will manage capital and the areas he will favor.

If it’s a sales orientation, the CEO will tend to favor revenue growth. The product guy will tend to favor product investment. If your company’s problem is revenue, then the sales guy is probably the better bet. If it’s a lousy product, then the answer is obvious. If the company already has good sales and the CEO favors sales, then you are probably going to get overkills and a profit deficit. If the problem with the company is too many products, then a product-oriented CEO will probably lead to more products and, again, a profit deficit. Both are bad capital management.

Is the CEO Financially or Operationally Oriented?

Is the CEO Impatient or Deliberate?

How could this possibly impact how well someone manages capital? Actually, it’s quite clear. Our research shows that people who are impatient and fast decision makers tend to have less predictable long-term strategies: They experience more volatility in outcomes and have less buy-in from employees because they are never sure what is going to happen next. This type of CEO is not a good capital manager since he makes many mistakes due to speed of decision-making. He may well make some good decisions, but on the whole the bad ones outweigh the good.

Those who are the deliberate types, who take forever to make a decision, have a different set of problems. They are certainly predictable but always trail the market with products, in response to market changes, and so on. When they make decisions, the decisions are often good, but they agonize so much that they often never get to the decision-making stage at all. The missed opportunities mount up and leave them with a large deficit in their results for capital management relative to their peers.

The key takeaways are:

Of course, we have only skimmed the surface of considerations here. In particular cases there will be unique factors, but even if you lack any financial information whatsoever on this new CEO, you can still arrive at some useful judgments. Some of them might even be better than those of the professional analysts. 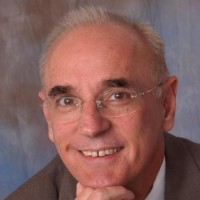 Dr. E. Ted Prince, Founder and CEO of the Perth Leadership Institute, has also been CEO of several other companies, both public and private. He is the author of two books: “The Three Financial Styles of Very Successful Leaders” (McGraw-Hill, 2005) and “Business Personality and Leadership Success”, Amazon Kindle 2011, as well as numerous other publications. He is a frequent speaker at industry conferences. He works with large corporations globally on leadership development programs, and he coaches senior executives and teams in the area of financial leadership and innovation. He has held the position of Visiting Professor at the University of Florida in its Graduate Business School and also at the Shanghai University of Finance and Economics in China.