Is Shareholder Value Maximization the Dumbest Idea in the World?

For decades, the sole focus of the modern corporation has been maximizing value for shareholders. Their financial gain is the primary focus of the corporate capitalist system.

Is this the best way for a company to achieve sustainable success? Are there other parties who should be taken into account? Is it a zero-sum game between shareholders and other stakeholders, or are their interests aligned?

I recently interviewed Robert Walker, vice president for environmental, social, and governance (ESG) services and ethical funds at NEI Investments, to hear his views on the subject. He has 25 years of experience developing responsible investing products, and has been instrumental in advancing ESG practices in Canadian companies and abroad. At the 2016 Responsible Investment Association (RIA) Conference in Toronto, Walker moderated a panel discussion on maximizing shareholder value.

Anjali Pradhan, CFA: Why do some describe maximizing shareholder value as the dumbest idea in the world?

Robert Walker: Shareholders do not form a homogeneous group, they are heterogeneous.

As a public company, are you trying to satisfy the flash trader or the pension fund that’s going to hold your stock for 60 years? It doesn’t really provide that much guidance to corporate management. Who are you working for? Over what period of time? Which shareholders are you taking into account? It seems very clear on the surface, but in actuality it’s not.

Currently we’re seeing reference to long-term shareholders, which is fair enough. I think that might capture what we mean when we say companies need to take care of their long-term stakeholders.

Shareholders are one group, but there are other stakeholders as well: the local community, company employees, and customers. You don’t want to be poisoning your customers, for example.

There is this idea that shareholder primacy offers dead certainty and that stakeholder theory offers this loosely defined, do-good idea, when actually the opposite is true. There is a fair amount of rigor around identifying who the key stakeholders are and how to engage them. The open question now should be: Is there a hierarchy among stakeholders? I think that’s where this debate over stakeholders has to go.

In the UK, company directors must have a regard for stakeholders, but shareholders are at the top of the hierarchy. If you talk to companies, they like the idea of stakeholders because they don’t want to serve just one group. They recognize the operational risks of focusing on only one stakeholder.

There is a frustration with shareholders to a certain degree due to the demands they place on companies — i.e., don’t miss your earnings estimate otherwise the stock market will kill you. There are a number of surveys of CEOs and CFOs about how this impacts business decision making. A sad majority will sacrifice a long-term investment or R&D budget in order to make sure they don’t miss that earnings estimate, and they know it’s wrong.

McKinsey & Company is working with the Canada Pension Plan Investment Board on a project called Focusing Capital on the Long-Term. This is the same idea — we really need to focus on long-term investing. What is interesting if you read the materials, is that there are quite a number of references to stakeholders so that they could have easily called it “focusing capital on your stakeholders.” The ideas are merging at this stage.

What would you say to an institutional investor that says it is not their fiduciary duty to invest in a socially responsible investment (SRI)?

I would say that’s quite an archaic view. If you’re a mining company trying to extract resources in a region where the local people don’t want you, or [you] face legal barriers, then you’re out of luck. There are a number of examples of companies finding it difficult to get access to resources to exploit.

You can see other issues, other than indigenous rights, such as companies with a poor safety culture. BP is a good example — a rig exploded in the Gulf of Mexico. They suffered a lot as a company, and saw their share price fall through the floor. The failure to pay attention to these kinds of issues clearly can be crippling.

Companies need to pay more attention to them and they are in many cases. They are often ahead of investors because they realize how important these issues are to their operations and their strategy.

How has the issue of indigenous affairs come to the forefront in investing?

The Northern Gateway pipeline by Enbridge was the first project where we felt we had to do a deeper dive into the issue.

In the province of British Columbia, land claims have not been worked out for much of the territory. There’s a question whether this territory has been ceded to the provincial government or another, so the issue has been at the forefront of our minds.

The rise of resource nationalism is not just in Canada, but also in Latin America where different projects have been rejected by national governments and also by regional bodies and local communities.

The ability of local communities to assert their sovereign rights has increased over the last couple of decades. There is a social justice issue. But there’s also the issue that if you are a resource company and you can’t get access to resources, how do you make money? It’s clearly a material issue for companies and their investors.

What is missing that would help mainstream investors embrace responsible investing?

In the retail space, it’s the advisers. They aren’t quite there yet. There has been more attention paid to the plumbing of the system: educating investment analysts and portfolio managers.

The advisers might be the last piece of the puzzle. For a long time, they didn’t have clients asking questions around environmental, social, and governance issues. What I hear now is that they are.

It feels [as though] something has changed. This issue has become important for shareholders, and therefore, is becoming more important for advisers. Luckily, there are now a number of educational opportunities for them to get up to speed.

The global financial crisis and the role that the financial and investment industry played in fostering that crisis have made people think about how to address these types of issues. These profound ethical failures have dropped the entire global economy into the tank. They’ve [become] too obvious to ignore now. 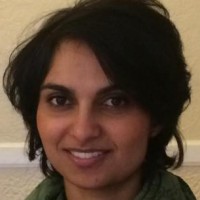 Anjali Pradhan, CFA, began her asset management career at PIMCO, Goldman Sachs, and HSBC. She has held various positions, first in portfolio management and then transitioning to marketing and business development. In addition, Pradhan is co-founder of a consultancy group, Dahlia Capital Advisory, that helps clients in commercialize sustainable products and services. While her clients are from across industries, the ultimate focus is on helping investors and asset managers develop and market responsible investment portfolios. Pradhan holds a bachelor of commerce degree in finance from the John Molson School of Business at Concordia University in Montreal.

8 thoughts on “Is Shareholder Value Maximization the Dumbest Idea in the World?”