Lessons from a Legendary Short Seller

One of the best investing interviews ever is an obscure exchange between the late Robert W. Wilson and Brett D. Fromson of TheStreet.

For the unfamiliar, Wilson managed a hedge fund — Wilson & Associates — that he launched in the late 1960s. During his career, his fund generated annualized returns of about 30%. His net worth peaked at $800 million, most of which he donated to charity.

Wilson was a renowned philanthropist, but it is his adventures as a short seller that are really worth studying. Before famous bears like Jim Chanos took center stage, Wilson was regarded as one of Wall Street’s master short sellers.

Below are a few relevant quotes from TheStreet interview, with some other interesting takeaways from Wilson’s storied career.

“I was always net long.”

An unexpected statement from a short seller.

Wilson routinely maintained net exposure between 25% and 125% depending on how bullish or bearish he felt. Even when extremely negative, Wilson was 25% net long. When asked why he never went short, he answered:

“Because I never wanted to get up in the morning hoping that things would be getting worse. All intellectuals I think — and I don’t use that as a particularly flattering term — but all intellectuals tend to have a pessimistic streak.

“There’s something intellectually much more intriguing about failure, which is knowable, rather than success, which is sort of unknowable.

“The way people fail is understandable and predictable and almost inevitable, whereas the way people succeed may never have happened, and so an intellectual is drawn towards failure, I think.”

Pessimism has long been a lure for journalists: “If it bleeds, it leads,” after all. But there’s a difference between generating clicks and generating alpha: We all know there are no short sellers in the Fortune 500. To quote Warren Buffett’s 2015 letter:

“For 240 years it’s been a terrible mistake to bet against America, and now is no time to start. America’s golden goose of commerce and innovation will continue to lay more and larger eggs.”

Optimism is what pays in markets and Wilson knew this.

“The Most Catastrophic Short Play in Modern Times”

In 1978, Wilson had a disastrous experience shorting the Resorts International casino company. Forbes dubbed it “the most catastrophic short play in modern times.”

Wilson reasoned that gambling wouldn’t catch on in Atlantic City in the 1970s. Jet travel was picking up and people could easily fly to Las Vegas instead. Ironically, he has since been proven correct, but this is a testament to the old investing adage that “Being too early is indistinguishable from being wrong.”

Wilson’s interest in Resorts International was piqued when the company’s earnings went from “something like a $600,000 in one year to an understated $50 million,” he recalled. The market believed the firm had a powerful first-mover advantage and a sustainable monopoly. Wilson felt otherwise and believed competition would rapidly pressure the high margins.

He shorted 200,000 shares in 1978 at $15 and watched them hit $190 three months later — an enormous loss on paper. Wilson’s mistake was in anticipating government expediency, when in reality it took years for new casinos to be approved.

Wilson covered stock all the way up due to margin calls, losing millions in the process. Incredibly, he still managed to generate 25% returns for his investors that year, which he estimated would have been 50% to 70% without the Resorts International loss. In the interview, Wilson maintained his sense of humor:

“And I said to everybody at the time, I hope next time I make a boo-boo like this, I lose $200 million.”

“I’ll be so much richer. You can’t lose $200 million in an individual stock, unless you’re quite rich.”

“I would say from the beginning to the end of it, throwing in the Resorts, I may have broken even on my shorts.”

A misguided notion among investors today — perhaps following The Big Short and other tales of wild riches gained during the 2008 crisis — is that the real money is made on the short side.

A talented bear like Wilson would have generated the bulk of his returns on his shorts, wouldn’t he? Apparently not.

“Yet generally speaking, did you make money on your shorts?”

“I would say from the beginning to the end of it, throwing in the Resorts, I may have broken even on my shorts.”

“So there’s a real lesson, that you had them there. Essentially, as a bit of a hedge.”

“Absolutely. And it permitted me to make a lot more money on the long side.”

“It extended you the comfort level to be more aggressive on the long side.”

“Yeah. It’s not just comfort. It’s a matter of, if the market collapses, I still have a lot of money.”

This sentiment is echoed by Chanos, who recently stated:

“A good short portfolio allows you to be more long. . . . And that’s the crux of what we do. It enables our investors — and ourselves — to be more long, whether it’s passive investments or stocks we select.”

There is a twofold takeaway here:

“I always used to say, if I shorted a stock and it didn’t go 20% against me, I probably made a mistake.”

An interesting statement and the subject of debate among short sellers.

Shorting stocks on the way up exposes a manager to the largest risk, but also the largest reward. Wilson’s massive loss in Resorts is proof of that.

Many managers prefer to wait until the short has already “cracked” and press it on the way down. As famed short seller Marc Cohodes commented:

“I never, ever, ever get involved in what I would call open-ended situations. . . . I have avoided pie-in-the-sky names. To use an analogy, I’m not interested in climbing into a tree and wrestling the jaguar out of the tree. I’m interested in someone shooting the jaguar out of the tree, and then I will go cut the thing apart once it hits the ground. Instead of open-ended situations, I like to short complete pieces of garbage with fraudulent management and horrifically bad balance sheets. I look for change, I look for ‘if this goes away tomorrow will anyone miss them’? What do they do well?”

I generally agree with Cohodes, and have found better risk-adjusted returns in shorting cheap value stocks rather than parabolic growth stories.

The final quote in the interview has less to do with stock tips and more to do with investing as a career path, as well as some insight into Wilson’s personality:

“Final question: Why did you first go to Wall Street, what were you seeking to achieve and did you get what you wanted?”

“Well I first, I wanted to do something, I wanted to be involved in an intellectual pursuit as distinguished from sales . . .  I went to First Boston, investment banking, which at that time, had the prestige that Goldman Sachs or Morgan Stanley had.

“I wended my way through that and got into the stock market, which is, in some ways as severely intellectual as nuclear physics, because, there could be no emotion involved. You must treat everybody at arms length, because everybody is trying to deceive you, and there are very few money managers I know who are really highly social.

“Some of them may be seeking social grandeur, but they don’t tend to like people, they aren’t comfortable with people because they are really somewhat of an anti-people business. I used to say to my ex-wife that the wonderful thing about the market is it’s so human.

“I’m dealing with humanity, and don’t have to put up with any feedback.”

This speaks to how investing can be a lonely endeavor. Unlike someone in banking or sales and trading, which generally require exemplary social skills to succeed, a money manager like Wilson can generate out-sized returns for a decade all on his own — just a man versus the market.

What advice did Wilson leave for future short sellers looking to emulate his success? In three words: Don’t bother shorting.

“I would forget the shorting. I think it’s over. It’s over for one simple reason: If shorts start working, that is, stocks go down for any sustained period of time, a great many people who are not now shorting will start shorting. There is a limited supply of stocks to borrow to sell short. Those stocks that are good shorts tend to be very obvious. As I’ve often said, I can predict with confidence that you’ll die. I cannot predict that you’ll be born, and so failure is analytically obvious and everybody piles into the same short. . . . I do believe if shorting really becomes profitable again, it’s going to become so crowded that most people won’t be able to borrow stock.”

It’s possible his advice was simply a sign of the times. TheStreet’s interview was conducted just one month after the NASDAQ peaked in March 2000, wiping out famous short sellers during the run-up. Yet eight years later, many investors became billionaires betting against the US housing bubble and profiting from the subprime collapse.

My advice? Short sell sparingly and follow the well-trodden path of such billionaire investors as Buffett, Seth Klarman, and Howard Marks, CFA, who have succeeded in compounding their wealth over decades invested in the market.

As Wilson said, “I never wanted to get up in the morning hoping that things would be getting worse.” 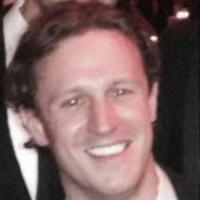 Greg Blotnick, CFA, is the founder and managing partner of Brattle Street Capital. Brattle Street Capital is a private investment partnership focused on opportunities within the Consumer & Retail sector. Blotnick has over a decade of long/short equity experience as a sector specialist and has served as an analyst for some the industry’s largest hedge funds including Citadel and Schonfeld. Blotnick holds an MBA from Columbia Business School and a BS in Finance from Lehigh University.

9 thoughts on “Lessons from a Legendary Short Seller”