By Tony Tan, DBA, CFA
Posted In: Drivers of Value

“Feng shui” means “wind-water” when translated into literal English. A key element of feng shui — the “qi” — is the “invisible force” that binds the universe, earth, and humanity together.

When qi is out of sync, problems develop. To correct them, a feng shui master is brought in to adjust the environment by adding or removing items that deflect or absorb these invisible qi stressors.

Such influences can pose a threat to profits as well as our aesthetic sensibilities. For example, when I was running a trading operation, we removed a door in the dealing room that was causing a blockage in the qi of my head trader. It worked marvelously!

Just as feng shui masters detect and respond to these hidden forces, academic research takes invisible market dynamics out of the shadows.

Consider, for example, the discussions between companies and fund managers that occur behind closed doors.

In 2009, the Shenzhen Stock Exchange began requiring its listed companies to disclose the dates of their private meetings with investors. In 2012, it also began requiring firms to supply summaries of what was said in those discussions. This resulted in a fascinating resource. Robert Bowen, Shantanu Dutta, Songlian Tang, and Pengcheng (Phil) Zhu examined the data to see if these meetings had a discernible relationship with how the stocks performed.

About 20% of these meetings correspond to disclosed insider-trading events. Strikingly, these trades constitute nearly two-thirds of the value of all disclosed insider trading on the Shenzhen Stock Exchange.

What’s the practical application of this discovery? Now anybody with access to the Shenzhen Stock Exchange can mine the data. And it’s all legal when done correctly.

Yeguang Chi takes a different approach. He estimates the predictive value of disclosed insider trading in China and finds that an impressive 14.4% of annual alpha can be harvested by a naïve insider-mimicking strategy. In fact, such an approach strongly correlated with the best performing Chinese mutual fund returns.

According to Chi, this is one potential explanation for why most of China’s mutual funds can outperform the index, which is certainly not the case in many more “developed” markets. However, Chi also concluded that this window of opportunity is quickly closing.

Not the Whole Story

Does this mean the Chinese stock market is entirely rigged to benefit insiders?

Not at all. If that were the case, stock prices would hardly react when companies release their earnings reports since presumably traders would have already digested their contents. Jing Wang, Steven X. Wei, and Wayne Yu examined the market reaction to earnings data and found something entirely different: During earnings season, Chinese stocks behave idiosyncratically in line with the earnings release.

For example, say three companies — an automaker, a coal-mining firm, and a retailer — release earning announcements on the same day. Now assume that the automaker’s earnings come in as expected, the coal company’s better than expected, and the retailer’s worse than expected. The net outcome would be net zero: mostly flat for auto firms, up for coal-mining firms, and down for retailers.

So what’s a fund manager to do? One option is to discard the dated notion that China’s markets move in lockstep or mostly in response to macro factors. In fact, as Wang, Wei, and Yu demonstrate, earnings season is an ideal time to generate alpha just as it is in many other markets.

Another option is to aggressively integrate the new data coming out of these markets into the research process. The level of disclosure that the Shenzhen Stock Exchange has mandated is truly remarkable and should add a level of comfort for those who fear wading into unfamiliar waters.

And that’s a good thing because, with a combined market capitalization of $10 trillion, the Shenzhen and Shanghai stock exchanges are the second largest in the world.

To keep the qi in balance and find alpha successfully, investors cannot ignore these markets, regardless of whether they are labeled “emerging” or “frontier.”

The three research articles referenced above were each awarded prizes by Asia-Pacific Research Exchange (ARX) at recent competitions in Australia and New Zealand. ARX is an interactive platform that provides a breadth of perspectives on markets throughout the Asia-Pacific region 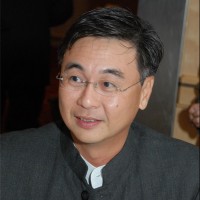