For the first time ever, the CFA Institute European Investment Conference will be held entirely online. With interactive sessions analyzing the most critical issues in the financial markets, the conference is a must-attend event for portfolio managers, analysts, CIOs, and CEOs. Join us 17–18 November 2020.

“No one really thought it was going to work but, actually, it went okay.” That is how Jonas Kjellberg, entrepreneur and investor, described the sentiment around one of his most famous ventures — Skype.

Kjellberg has always been interested in disrupting traditional systems, and he recalled some of his business successes and failures at the 2017 CFA Institute European Investment Conference in Berlin, offering plenty of advice for budding and experienced entrepreneurs alike.

“The truth is, I lose more than I win,” he said. Among Kjellberg’s near-misses: a stint at a company that was failing fast. He could not figure out how to drive enough sales to keep it afloat. With his tail between his legs, he turned to his father, who put him in touch with a friend who was particularly successful in sales. The advice he received was so simple, he struggled to take it seriously: “Knock on 100 doors, get 10 responses, get one sale.”

“Sales is actually super simple — it’s math,” Kjellberg said. Today, when he looks for companies to invest in, he focuses on how they innovate in sales. All of the successful companies he’s worked with have built a compelling sales proposition.

“This is a science that most companies neglect,” he said. “The successful ones make it an art form.”

Kjellberg introduced the audience to the concept of innovating in zeros. What does it mean to innovate in zeros? Cut down your costs in ways that your competitors haven’t yet figured out.

For example, Airbnb has innovated in zeros by cutting out all hotel maintenance costs. How much does it cost Airbnb to clean one of its listed apartments? Nothing. How did Amazon innovate in zeros? It cut the costs associated with brick-and-mortar stores.

Skype is a prime example of this phenomenon as well. While traditional telecommunications companies invested in infrastructure, Skype piggybacked on the internet connections users already paid for to place calls.

Another way in which Skype cut down on costs: dropping customer service. Customer service can eat up a lot of a business’s capital and still leave customers unsatisfied. As Kjellberg noted, he was “often more angry after talking to customer service” than he was about the original problem. So he and his team made it impossible for users to call Skype.

While it’s a bold move to remove all customer-service options, many organizations have migrated their customer-service models towards chatbots, another method that is cheaper than hiring rooms of human agents.

In some cases, innovation in cost cutting just isn’t possible. Kjellberg says the question you should ask yourself then is, “If I can’t innovate by zeros, what can I do to put an extra zero behind my price?”

But driving sales is not always enough to guarantee a successful long-term business. One of Kjellberg’s notable failures came before his time at Skype, and taught him the importance of understanding what users want — not just what boards want.

Kjellberg served as vice president of Bertelsmann for Lycos Europe, the second-largest search engine at the time. The same day he joined the organization, Google was founded. When the topic of buying Google came up, the company’s lawyers advised the board against it. Google was “totally overvalued, there is no business model,” they said.

“Google always talked about delighting the user,” Kjellberg said. “My motto had always been, ‘Always delight the shareholder.’ Users are something you bring through the door.”

Lycos tried a different model in an effort to fight off the challenge from the upstart search engine. “Do you think it was a success?” Kjellberg asked. “No. It was an epic failure. The company was listed on the Frankfurt Stock Exchange and now it’s gone.”

What did Google do differently? “They just made a better product,” he said. “And if you’re a simple sales guy, that’s not fair.”

There is another way to look at the success of companies like Google: through the message they send to potential customers. What is the friction-free story? If you don’t know what your message is and can’t explain it internally, there is no way your potential customers will understand it. If you’re at the head of the table and don’t know what your company is selling, how do you expect your employees to know? This concept parallels another partner of innovation, what Kjellberg calls “tomorrow’s delight.”

Tomorrow’s delight, Kjellberg says, is looking ahead to see how the market will change and getting in front of it, rather than sitting back complacently as other companies catch up and beat you at your own game.

He used the example of Volvo, “the pinnacle of Swedish engineering.” Volvo built its reputation and its friction-free story at a time when safety features constituted a unique selling point for an automobile. But Volvo didn’t change its messaging when safety became a commodity, and every car came equipped with the same features. After poor performance, Volvo was sold to Geely Holding Group, a Chinese automotive manufacturing company. Now, Kjellberg said, it’s “‘Scandinavian designed,’ and doing quite well.”

Business leaders should always be aware of what both established and upstart competitors are doing and how they may compete for the throne. More importantly, they should also understand why customers come to them in the first place.

In the end, success is relative. Its measures are as varied as the people setting them. Kjellberg defines it based on his own experiences: “Success is going from failure to failure with the same enthusiasm.” 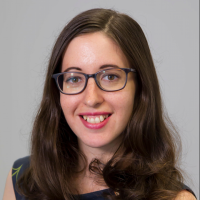 Candida DaFonseca was a manager of content engagement and publishing at CFA Institute.