How to Discuss Ethical Issues at Work

If you are planning a conversation with someone at work regarding a sensitive ethical issue, there are ways to discuss the topic and get a positive outcome. The last thing an employee or co-worker wants is to feel unfairly targeted, chastised, or alienated. And the worst thing you can do is avoid the discussion altogether.

“The secret is to confront behavior swiftly, directly, and without equivocation,” says Suzanne Bates, CEO of Bates Communications in Wellesley Hills, Massachusetts. “It’s important to make sure people understand that they not only put themselves and their entire careers on the line but that they are also jeopardizing the future of the company and their colleagues and friends.”

Can even the most difficult conversations have a good result and produce the desired effect if handled the right way? Fortunately, the experts consulted for this article have practical advice for investment professionals who need to find effective solutions for addressing ethical matters with employees.

To begin with, ethics should be a core part of a firm’s corporate culture and general business practice, according to Amir M. Kahana, managing partner of the law firm of Kahana & Feld in Santa Ana, California. “I would strongly advise the need for a strong ethics focus for a workplace that goes beyond compliance,” he says.

“The key to creating an ethical culture is to talk about it often, beginning the day people are hired,” says Bates. “I recommend that the first meeting with a new employee include a conversation about the firm’s values. If you live the values and hire people who adhere to values, then those who are inclined to cheat on the margins stand out and either self-select out of the firm or make themselves obvious.”

In addition to the explicit ethical rules of the road that a company lays out for employees, there are often other small and nearly imperceptible messages that employees must sometimes grapple with. “People pick up signals in an organization about what is acceptable behavior,” says Bates. “There is a saying that your culture is defined by the worst behavior you will tolerate.”

Setting the tone and defining expectations are important initial steps for addressing uncomfortable ethical questions. The end goal for a tough discussion is to produce ethical behavior. The trick, of course, is how to get there.

But the first obstacle to overcome is resolving to have a discussion. If you find yourself choosing to ignore your inner voice and procrastinating to avoid having what you anticipate will be a tough conversation, you’re not alone.

“By avoiding conversations, we are keeping ourselves safe,” says Jason Jay, a senior lecturer at the MIT Sloan School of Management and co-author of the book Breaking through Gridlock: The Power of Conversation in a Polarized World.

Changing your mindset about the conversation can help. “Visualize a good outcome to a discussion, and ask what would that look like,” says Jay. How you approach the person and the topic has everything to do with what you say, the words you use, your tone, your stance, and your general demeanor. “One of the key things is managing defensiveness,” says Jay. “If someone feels under threat, attacked, or judged, they’ll enter into fight-or-flight mode and you’ll experience greatly diminished results.”

Jay recommends not entering into a conversation with a heat-of-the-moment mindset. “Take a pause, reflect on assumptions and judgments you may be bringing, and consider how these emotions will bleed through.” Adjust your way of thinking, and then determine how best to approach the situation.

To prevent the other person from shutting down emotionally, Jay suggests beginning a difficult conversation by expressing curiosity and attempting to understand both the person and the situation. For example, he says, “Let’s inquire together [about] what happened and why it happened and what we can do together to change this.”

People often find themselves caught in a set of conflicting demands — for example, to sell or perform a certain way. “We often know that we want to act with integrity, but we may be pressured by our company to act in another way,” says Jay.

Allow people to unveil any ambivalent feelings and to confront the pressures they are experiencing through your balanced show of understanding and compassion. “Create an environment where people will foster learning and improvement and want do the right thing,” says Jay. “Be clear as to what outcome you are looking for, as often this can be unclear.”

If an employee indicates that a directive was very different from the standards you are enforcing, the inconsistency should be a red flag that needs further investigation.

Some ethical violations may be embarrassing and need to be addressed, but they don’t necessarily create liability situations. “If something innocuous was done, it may not be a legal issue,” says Kahana. However, she notes that other cases may have potential implications for criminal or legal liability.

If an ethical breach has occurred but there’s no potential liability, Kahana continues, “the last thing you want to do is embarrass that employee.”

Either way, he cautions employers not to overreact and recommends that the appropriate superior talk directly to the employee while being very sensitive to the person and the situation. “If you bring in a lawyer to talk to them, that can often freak out that employee,” he says.

An accidental breach, although wrongful, can often be accepted but should be quickly rectified so that it does not happen again in the future. Much more serious types of breaches (such as outright theft of assets) shouldn’t be tolerated to any degree.

Continuous breaches by the same employee make for a different situation.

“If an employee is someone you cannot correct the behavior of, it’s often better off letting them go,” Kahana says. He counsels that in cases of an employee’s dismissal, employers should deftly handle the situation. “Do not announce an employee has been terminated. That, in itself, is a liability, and an employee may then elect to shake down the firm.”

It’s better to have a generic talk with other employees to discuss ethical breaches without naming the person who was dismissed, according to Kahana. “Be ethical yourself but also be private and discreet,” he says. “How you treat employees and how you let them go is important. Don’t beat up an employee on the way out, which can invite a lawsuit.”

This article originally ran in the April 2018 issue of CFA Institute Magazine. 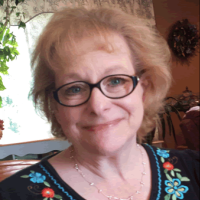 Lori Pizzani is an independent financial journalist based in Brewster, New York, and a contributing writer to CFA Institute Magazine since 2003. Her area of focus and expertise lies at the intersection of business and career topics within the broad financial services industry. She worked within the asset management industry for seven years in positions of customer service management and product marketing before launching her professional reporting and writing career.