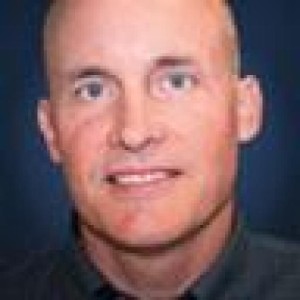 David Larrabee, CFA, was director of member and corporate products at CFA Institute and served as the subject matter expert in portfolio management and equity investments. Previously, he spent two decades in the asset management industry as a portfolio manager and analyst. He holds a BA in economics from Colgate University and an MBA in finance from Fordham University. Topical Expertise: Equity Investments · Portfolio Management

The travails of active managers in recent years have been well-chronicled. Their poor collective performance has led investors to flee actively managed funds for passive products and others to question their relevance. To better understand the challenges facing active managers today, the industry’s response to those challenges, and the likely future state of the industry, CFA Institute is hosting an online forum as part of its Future of Finance initiative.

Central bankers in the US have long fixated on the equilibrium real interest rate (ERIR) as their lodestar, an obsession that GMO’s James Montier, in The Idolatry of Interest Rates, bemoans as “a massive exercise in navel gazing.” According to Montier, the broad acceptance of the theoretically dubious ERIR — the real interest rate consistent with full employment of labor and capital resources—is not an example of the wisdom of crowds, but rather “groupthink extraordinaire.” Further, investors’ collective preoccupation with interest rates as an economic “cure-all” and their “deification of central bankers” are equally misguided, says Montier.

The burgeoning market for mergers is reflective of a lack of organic growth opportunities, cheap capital, and flush corporate coffers. Additionally, elevated stock prices provide buyers with a strong currency and sellers with a reason to cash in, which helps explain why M&A activity has tended to peak around market tops, most recently in 2007, and before that in 2000. So while the pace of deals may be a sign that CEOs and their boards are more confident about their prospects for growth, investors should be aware that their timing of late has been less than prescient. For those investors tempted to pick the next takeover target, the safer bet may be on the Wall Street bankers who are doing the matchmaking and financing. They always get paid.

Weekend Reads for Investors: The S&P 500 and IPOs Sputter, Private Markets Pick Up the Slack
By David Larrabee, CFA

The market for IPOs, traditionally a useful barometer of the collective appetite of investors, suggests a slowdown is at hand in the United States.

US stocks reached a notable milestone earlier this week when the bull market turned six years old. As Charlie Bilello of Pension Partners notes, only twice in its history has the S&P 500 Index recorded a better six-year stretch.

Weekend Reads for Investors: “The Most Crowded Trade”
By David Larrabee, CFA

The economic backdrop figures prominently in the chatter among investment strategists of late as they debate the sustainability of the “decoupling” of the US economy from sluggishness in the rest of the world. Bank of America Merrill Lynch strategists have called the decoupling trade — long US stocks and the dollar — “the most crowded trade in the world.” As US stocks hover near all-time highs, those with a contrarian bent may be receptive to the latest missive from Joe Calhoun. In "Is It Time to Zig?" he suggests investors might want to look outside of the United States for opportunities.

The poor performance of active management has been well chronicled of late but the active fund management industry is not going down without a fight. Apologists have been quick to point to artificially low interest rates as one factor dragging down the collective returns of stock pickers. Index huggers — those managers with low tracking error funds and almost no hope of outperforming their benchmark after fees — are also to blame. In response, active managers are pointing to their “active share” — a measure of how much a portfolio’s holdings differ from those of its benchmark — and research that suggests funds with the highest active share do indeed beat their benchmarks. A review of just-filed quarterly 13F reports reveals that some of the most prominent fund managers truly embrace their role as active portfolio managers.

Poll: Is the Oil Price Plunge a Cyclical or Structural Change?
By David Larrabee, CFA

Global oil prices have plunged by approximately 50% over the past seven months, their sharpest price drop since the 2008 global financial crisis. The sudden fall can be attributed to a confluence of factors — most notably, weaker demand because of sluggish economies around the world, a surge in supply because of the shale energy boom in the United States, and a relatively stable geopolitical backdrop (insofar as there have been no meaningful supply disruptions).

It’s been an eventful week for most investors, if not a profitable one. In Greece, the leftist Syriza party, which pledged to end austerity, won national elections, and Greek stocks responded by falling 15% over the next three days. Greece’s bailout program expires at the end of February, and their anti-austerity stance and ongoing need for cash sets the stage for a showdown with the so-called "Troika" of the European Union, the European Central Bank (ECB), and the International Monetary Fund (IMF). Expect plenty of political posturing in the coming weeks.