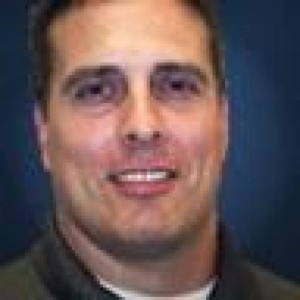 Ron Rimkus, CFA, was Director of Economics & Alternative Assets at CFA Institute, where he wrote about economics, monetary policy, currencies, global macro, behavioral finance, fixed income and alternative investments, such as gold and bitcoin (among other things). Previously, he served as SVP and Director of Large-cap Equity Products for BB&T Asset Management, where he led a team of research analysts, 300 regional portfolio managers, client service specialists, and marketing staff. He also served as a Senior Vice President and Lead Portfolio Manager of large-cap equity products at Mesirow Financial. Rimkus earned a BA degree in economics from Brown University and his MBA from the Anderson School of Management at UCLA. Topical Expertise: Alternative Investments · Economics

The central bankers' ongoing romance with negative interest rates is perhaps the most important story of 2016. Ron Rimkus, CFA, provides his year-end roundup and looks ahead to 2017.

Is Brazil Ready to Rebound?
By Ron Rimkus, CFA

Brazil may be set to emerge from its recent economic doldrums, says Ron Rimkus, CFA. At least that was the sentiment he picked up at the Sixth Annual CFA Society Brazil Conference in Sao Paulo.

Is a US Recession Imminent? Part Two
By Ron Rimkus, CFA

In January, 70% of CFA Institute Financial NewsBrief readers didn't expect a US recession in 2016. So what about 2017?

The Mad Scientists of Monetary Policy
By Ron Rimkus, CFA

Like modern-day Drs. Frankenstein, central bankers are trying to artificially create life in the financial system. They have embraced extraordinary monetary policies to create economic growth where none would exist. And someday soon, the monsters they are experimenting with may wake up and break out, Ron Rimkus, CFA, explains.

Even the most cursory study reveals that systemic risk means different things to different people, so Ron Rimkus, CFA, worked to create a definition that potentially everyone could agree on.

The US Federal Reserve has offered conflicting messages on interest rates ahead of the Federal Open Market Committee (FOMC) meeting next week. Ron Rimkus, CFA, tries to make sense of the noise and offers a wrap-up of other key issues affecting global markets for fundamental investors.

Is There a Bond Market Bubble?
By Ron Rimkus, CFA

If the results of a recent CFA Institute Financial NewsBrief poll are any indication, at least some of the global fixed-income market is in bubble territory.

The Vollgeld Initiative and the Future of Fractional Reserve Banking
By Ron Rimkus, CFA

The Vollgeld Initiative, with its primary objective of separating money creation from fractional reserve banking, proposes a complete overhaul of the monetary and banking system. A poll of CFA Institute Financial NewsBrief readers indicates concern over its implications.

Ten years ago, we thought the world was running out of oil, that China and other emerging market countries would have insatiable energy demand growth, and that production costs would generally rise over time. We were wrong. Energy expert Amy Myers Jaffe explains why.

The Carlyle Group's David M. Rubenstein discussed a broad range of topics at the 69th CFA Institute Annual Conference, from the mating habits of panda bears, to the historical importance of the Magna Carta, to Paul Volcker’s monetary policies in the early 1980s, to Japanese demographics, and beyond.