An Annotated History of the USD/CNY Exchange Rate

By Henry To, CFA
Subjects: Actuals

From January 1995 to July 2005, the US dollar to RMB exchange rate traded in a narrow range, with an average of 8.28 RMBs to the dollar. Throughout the Asian financial crisis and the ensuing currency devaluations in Southeast Asia in September 1997, the People’s Bank of China (PBOC) officially pegged the RMB at 8.28 when many expected China to devalue to boost exports.

Many analysts have forgotten this important piece of financial history. When all of China’s export competitors devalued to boost their trade balances, China steadfastly held to its 8.28 peg, thereby ceding export market share to its Asian neighbors. It was a signal to the world that the RMB has value and that China is an economically responsible neighbor.

During the global financial crisis, China’s policy makers pegged the rate at 6.83 even as the US dollar surged and many of the country’s export competitors devalued. China then announced a $586 billion stimulus package — equivalent to 13% of the country’s gross domestic product (GDP) — to jumpstart global economic growth. Infrastructure investments made up nearly 40% of the package, which was implemented in just two years due in large part to the broad availability of shovel-ready projects across China.

More recently, as part of its long-term efforts to shift to a more market-based exchange rate, the PBOC announced a new dollar/RMB fixing mechanism that was more reflective of FOREX dealers’ expectations and changes in major currency exchange rates. In conjunction, the PBOC orchestrated a one-time 1.9% devaluation of the dollar/RMB exchange rate to:

From the PBOC’s perspective, the one-time 1.9% devaluation rate made logical sense and was deemed a minor issue. But the PBOC did not anticipate the negative reactions, including renewed critiques of China’s mercantilist policies along with heightened volatility in global financial asset and commodity prices.

Read Henry’s full discussion of the USD/RMB Exchange rate in The Renminbi: Don’t Bet on a Big Plunge. For more thoughts from the Enterprising Investor on China, click here. 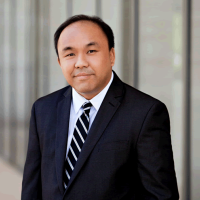 Henry To, CFA, is CIO of CB Capital Partners, a financial services firm with offices in the US and China. Previously, he served as the lead investment consultant for the Los Angeles office of Buck Consultants. To has also worked at Lukens Energy Group in Houston, where he performed valuations on non-traditional assets such as natural gas storage fields and weather derivative contracts. He was an Adjunct Professor at the UCLA Luskin School of Public Affairs, and holds an MBA and MPP from UCLA, along with a BA in Economics and Mathematics from Rice University.