Would Neil Woodford care for a Robert Burns Poem?

The scandal surrounding Neil Woodford, Founder and CEO of Woodford Investment Management, has remained a talking-point around the city of London ever since the United Kingdom’s well-known fund manager stopped redemptions from his flagship Woodford Equity Income Fund in June 2019. Besides several quarters of worsening performance and continuing withdrawals squeezing the liquidity, the fund was further affected by unusually high exposure to unlisted and smaller companies. Finally, unable to meet a cash withdrawal request from the Kent County Council, the fund manager took the extraordinary step of suspending all trading in the fund.

With more than 300,000 investors trapped in the fund (liquidation of the fund assets is now underway), the man once known as the “Oracle of Oxford” is now being portrayed as greedy and arrogant, and several of his actions are under intense media and regulatory scrutiny. There are essentially three issues:

Perhaps an illustrious 26-year track record and being called “the man who can’t stop making money” bred a sense of overconfidence leading to misplaced convictions. There seems to be no other plausible explanation for straying so far from the mandate of an equity income fund by taking concentrated bets in smaller companies with unproven technologies. It is the classic slippery slope with the investment strategy incrementally drifting further from the stated mandate over a period of time. However, amid the brouhaha, the one thing that has not been adequately highlighted is the fact that Woodford made no attempt to hide these deviations. He published his complete set of holdings on a monthly basis, despite that not being a regulatory requirement or the industry norm.

So, that brings us to the next issue: Were there other enablers in the environment? The facts reveal that there were several. The role of online platforms and the conflicts of interest in negotiating fee discounts with managers for a place on their “best buy” lists are under enhanced scrutiny as a result of this fiasco. Despite privately expressing concerns about liquidity risks as far back as November 2017, Hargreaves Lansdown continued to keep the fund on its “best buy” list until the fund suspended trading. In addition, the compliance and risk departments that were supposed to be monitoring the Woodford Equity Income Fund have been caught lacking diligence. And what about other colleagues on the investment team? The absence of an empowering “speak up” culture seems to have enabled the increasingly idiosyncratic investment style and developments.

There has been discussion about whether the investment industry needs more regulations. But what we need are smarter regulations that are followed in spirit rather than in letter. When looking at the history of financial market bubbles — from the first recorded “tulip speculation” in 17th century Holland to the last credit crisis — the pattern remains the same. Often, the laws are not breached, they are simply not followed in the right spirit. Woodford’s clever interpretation of the rules in listing some fund holdings on the Guernsey stock exchange to stay within the 10% limit for unquoted companies violated the spirit of the regulation to limit liquidity risk. As suggested by FCA chief Andrew Bailey in the aftermath of the scandal, it is time the industry starts thinking about doing the right thing rather than striving to stay within the rules.

As the nuances of this case reveal, there are no easy fixes. But two important lessons stand out. The first relates to individual accountability. Gerry Grimstone has advised, “Never buy a fund named after someone: [you get a] total failure of risk control.” The former Standard Life Aberdeen chairman is essentially alluding to something that goes to the heart of this case — a complete failure of risk and compliance controls. A timely reminder for all firms, but particularly for owner-managed firms, where the persona of a star fund manager may compromise the independence of compliance and prevent people from speaking up if they have concerns. There can be no shortcuts to robust procedures. However, policies and procedures provide a useful guiding framework that does not detract from individual accountability.

Empathy, Empathy — They All Should Have It, Empathy

The second key lesson emanates from the spirited defense by many of Woodford Investment Management continuing to charge fees after the fund was gated: A total of £8 million by the time the fund closed in October 2019. The defense, which is reasonable, is that there are operational costs to be met, such as salaries and rent. And there is no requirement for fund managers to waive management fees during suspension. So, no law was broken. However, let’s take a moment to consider how this looks from the eyes of an impoverished and disillusioned investor who is, for example, unable to pay his or her child’s university fees but must continue paying charges for the locked-up funds. Such perceived lack of empathy contributes, in no small measure, to the low trust rankings for the investment industry and profession. It brings to mind what Robert Burns was trying to convey over a couple of centuries ago through his famous poem, “To a Louse, On Seeing One on a Lady’s Bonnet at Church.” A louse is roving around in the bonnet of a beautiful lady at church. The lady mistakenly believes that all stares in her direction are in appreciation of her beauty. The celebrated Scottish poet muses that we would be rid of our misbeliefs if we were to see ourselves through each other’s eyes. Human beings possess that gift, even though we do not use it often enough. It is a gift the investment profession would do well to use more often. It is an exercise in caring. 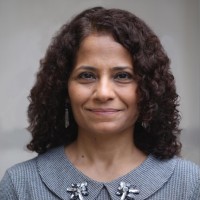 Sonia Gandhi, CFA, is Director of Ethics Education & Professional Standards at CFA Institute. In her role, she leads the effort to develop, promote, and deliver educational content for CFA Institute members and investment professionals in the area of ethics and professional standards. She has spent more than 20 years in the investment industry working with several global blue chip Investment Banks. As Director, Institutional Equities, she was responsible for Deutsche Bank's APAC client base. Previously, she has worked with JP Morgan, BNP Paribas, and Jardine Fleming in various roles, responsible for equity sales, capital market transactions, and global account management. Sonia has also served in various capacities as a volunteer with CFA Society India, most recently as a Director on the Board. Sonia is extremely passionate about ethics education and has conducted workshops for investment banks, asset managers, professional bodies, and regulators as well as finance students at numerous management institutes and universities across the globe.

1 thought on “Would Neil Woodford care for a Robert Burns Poem?”