Poll: Is the Annexation of Crimea the Beginning of a Campaign by Russia to Reestablish the Former USSR’s Borders?

By Desi Allevato
Posted In: Economics

In a poll conducted earlier this week in the CFA Institute Financial NewsBrief, we asked readers for their opinion on the recent events in Crimea.

Is the annexation of Crimea the beginning of a campaign by Russia to reestablish the former USSR’s borders?

Nearly 50% of our 882 poll respondents believe that the Russian annexation of Crimea could signal the beginning of a campaign to reestablish the borders of the former Soviet Union, reflecting significant anxiety about, as well as a potential misunderstanding of, what motivates Russian President Vladimir Putin and the Russian state. Although the move to annex Crimea in the aftermath of prolonged and violent unrest that culminated in Ukrainian President Viktor Yanukovych’s ouster was an impromptu and opportunistic move, when evaluated in the context of Crimea’s history and politics, it is easy to see that this particular situation has been years, if not decades, in the making.

Russia wants to reinforce its position as a dominant regional power, protect its interests against further encroachment by the EU and NATO, and surround itself with friendly partner states. It does not, however, have the ability to absorb the many decidedly unfriendly populations in Eastern Europe, even though the saber rattling and flying rumors make it seem otherwise. Crimea has scored big points for Putin at home, and its majority-Russian population voted overwhelmingly for the annexation. But incorporating the peninsula into the Russian Federation won’t come cheap, and we’re not just talking about the potential impact of sanctions. Russia’s interest in the future of Ukraine doesn’t stop with Crimea, but whether it pursues further territorial expansion in defense of its interests will be heavily influenced by the ongoing posture assumed by the United States and Europe.

Do you want to participate in future polls? Sign up for the CFA Institute Financial NewsBrief. 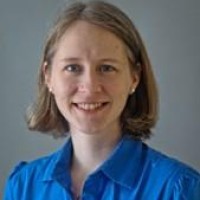 1 thought on “Poll: Is the Annexation of Crimea the Beginning of a Campaign by Russia to Reestablish the Former USSR’s Borders?”

Leave a Reply to Anonymous Cancel reply
Tweets by @Enterprising
﻿