Book Review: The Dollar Trap: How the US Dollar Tightened Its Grip on Global Finance

The Dollar Trap: How the U.S. Dollar Tightened Its Grip on Global Finance. 2014. Eswar S. Prasad.

International investments are ultimately driven by the value of the dollar, the core currency around the globe. Currency movements are a primary determinant of international fixed-income diversification and are important for any international equity decision. Nonetheless, hedging is the default approach among money managers because their ability to forecast currency movements is so limited. Given the difficulty of forecasting, relatively little time is spent analyzing the fundamental components of currency returns. Dollar dynamics are often relegated to being treated as a mystery.

Dollar behavior has not followed fundamental data. Forecasting difficulty is further exacerbated by the convolutions associated with the dollar being a reserve currency central to the global monetary system. Conflicts over the global monetary system, or lack thereof, have led to what seems like never-ending predictions of the dollar’s demise, which has yet to come to pass. The dollar may be on a long-term downtrend, but along the way, there have been years of range-bound behavior and significant spikes in the opposite direction.

Eswar Prasad, a prominent former economist at the International Monetary Fund, a professor at Cornell University, and a fellow at the Brookings Institution, has been researching currency issues for many years. His unique insights on the dollar range from the current theoretical research to explaining the complex politics of international finance. What is clear from Prasad’s description of the dollar is that politics drives currencies to a much larger extent than economics does. Economics forces choices and behaviors on key international players, but countries are constantly battling the natural direction of currencies and often lean against the innate tendencies of the relative prices of money.

Prasad focuses on the dollar’s special role over the last half century and concludes that it will not change anytime soon. The game of international finance has created an environment that will continue to be dominated by the dollar as a reserve currency. There are no close substitutes or rivals, and the dollar’s “exorbitant privilege” will likely persist regardless of regular reports of its demise. On the basis of the importance of capital flows, currency management, and foreign central banks’ demand for safe assets, the dollar will continue to be the dominant force in international finance even with the decline of US economic power.

The dollar’s dominance is not a trade issue. Over time, the flow of goods and services has become more dispersed. Instead, the dollar’s dominance is driven by capital flows and the growing demand for a global safe asset. More integrated global capital markets have created greater capital flow volatility, as well as the potential problem of “sudden stops” in short-term foreign financing. This environment has driven emerging market countries to hold greater dollar reserves as a buffer against financial crises. In addition, emerging market central banks have been actively intervening in currency markets to protect exports and to follow modern mercantilist policies.

The reality is that free-floating exchange rates are largely a myth in the currency markets. Central banks are engaged in “dirty floats” that attempt to control or dampen currency movements, and the purchase and sale of dollars is fundamental to this process. Furthermore, the critical role of politics in this process creates an atmosphere where the rhetoric of “currency wars” is used to describe the perceived policy conflicts as countries jockey for trade and capital positioning. High foreign dollar holdings make for a complex political game in which many central banks have an incentive to see the dollar maintain its value, even in a crisis.

The Dollar Trap focuses on explaining the counterintuitive dollar behavior observed during the recent financial crisis. In spite of the financial turmoil that engulfed the United States, the dollar saw massive inflows in the fourth quarter of 2008. The European debt crisis produced the same result: dollar inflows. The downgrade of the United States’ AAA rating and the 2012 elections, both of which occurred amid severe political gridlock, were also surprisingly positive for the dollar. This does not sound like a currency that should be viewed as a safe haven, yet the flows tell a surprising story of strong dollar demand. Conventional economic wisdom argues that holding the dollar should have been a horrible trade during these periods. So, just how does the dollar remain a store of value?

The dollar dominance story is founded on a set of three paradoxes in international finance. First, the biggest importers of capital are not the emerging markets but, rather, the developed markets. There is a substantial savings imbalance that continues to dominate global capital flows. Second, emerging markets have looked to the dollar, in spite of the United States’ troubles, as the safe asset for obtaining protection against volatile domestic capital flows. Third, the huge dollar reserves held by foreign central banks make it all but impossible for the dollar to decline without causing significant losses on these banks’ balance sheets. Pronounced foreign demand for dollar strength gives the world a vested interest in maintaining a stable dollar. The recent focus on the Fed’s tapering and its implications for emerging markets is a clear example.

Emerging markets’ desire for a stable dollar has also raised fears of currency wars between countries. A Fed policy of flooding the world financial markets with dollars should lead to a dollar decline and appreciation of emerging market currencies. These countries often have export-driven growth policies that can ill afford their export goods becoming more expensive in competitive global markets. The result has been foreign central banks buying more dollars in order to stop the dollar supply onslaught. These export-driven countries are at war against a cheap dollar, but they facilitate dollar dominance in the process. Yet, dollar dominance does not mean US financial hegemony. The United States is unable to impose its policy will on others.

As countries follow self-interested policies of currency management and capital controls, the global financial environment could be considered on the verge of chaos, with no rules or mechanisms to stop behavior that is harmful for the whole. The author makes a strong case for institutional failure and the need for a coordination mechanism that can impose stability. Unfortunately, the history of global financial governance has been a story of failure. Such organizations as the International Monetary Fund, where the author worked for many years, have been ineffective at forming and executing an effective mission or creating a structure for global coordination. G–20 meetings have devolved into discussions without serious purpose. In a world where no dominant players can impose rules and there are no coalitions that can develop a new order, the dollar can continue its existing role as a reserve currency but can do nothing to help lead to a better global financial environment. It is a sad statement of reality — one that can explain continued dollar dominance through a lack of order.

In this structural quagmire, it is unlikely for another currency to take the place of the dollar. The Chinese renminbi is just not ready for prime time. Simply being the currency for a large economy is not sufficient to take on the role of safe haven asset and to become the store of value for the world. The euro has also been talked about as a reserve alternative, but the EU sovereign debt crisis showed the global community that the euro must undergo further institutional growing pains before foreign central banks take on additional exposure to it. The Dollar Trap ends with a scenario that shows how the dollar could hit a tipping point and slide into a crisis. Geopolitics could be the catalyst for a dollar slide, but the author believes the current fragile financial system has a certain stability that is unlikely to change. Many will disagree with this characterization of stability, given the strong, self-interested desires of some currency players for a new order. On the basis of a close review of what would be necessary for a new reserve currency to gain acceptance across the globe, however, any new financial order would be difficult to bring about.

This book provides an effective framework for why the dollar is likely to maintain its grip on global finance. Minor points of emphasis arise in an otherwise even-handed presentation. A more extensive discussion of the savings imbalance would have been useful, as would a further discussion on the impact of global financing, direct investments, and banking. For example, there has been more coordination of regulation since the global financial crisis, which will be felt in capital flows. There is no new global financial order but, rather, a patchwork of regulations and individual actions that are subverting the old, pre-crisis order.

Having observed closely and participated in some of the key debates associated with the International Monetary Fund and the dollar’s global diplomacy, the author personalizes his presentation with inside views and asides. Prasad’s storytelling style uses quotes from the major players concerning the key events in the unfolding of the dollar trap over the last few years, making for an easy read. However, the presentation sometimes reads more like a long news article than a recent history of dollar dominance, a classic problem when an author does not have the benefit of the passage of time. Still, Prasad dissects one of the most important issues in global investing with a level of detail and candor that will be useful to any reader who wants to gain a strong foundation in the global currency game. Reading this work may not change an investor’s desire to hedge currency exposure, but it will provide a clearer understanding of why politics, and not fundamentals, will continue to be the chief driver of dollar dynamics. 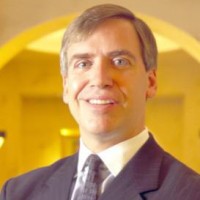 2 thoughts on “Book Review: The Dollar Trap: How the US Dollar Tightened Its Grip on Global Finance”