Impact investments are expected to increase globally this year, with South Asia and Southeast Asia among the top target regions, according to a recent survey by JPMorgan and Global Impact Investing Network (GIIN). This could bode well, in particular, for India’s nascent impact investment sector, which is one of the most active in the region.

Intellecap, an India-based advisory firm focused on social enterprises, estimates that US$1.6 billion of capital has been invested in more than 220 impact enterprises across India, with more than half of the investments in microfinance. Unitus Capital, an impact investment-focused investment bank, expects impact equity investments in India to grow 30% this year. Along with microfinance, enterprises in agriculture, health services, clean energy, and education are attracting investments.

We recently interviewed Narayan Ramachandran, CFA, Unitus Capital’s co-chairman, on the prospects and challenges of impact investing in India. “The biggest challenge is the market/business plan challenge, which is, if you invest in something, can it grow big enough and profitable enough for you to have a range of exit options?” he said. Ramachandran noted that while there have been successful exits recently in financial services enterprises, there isn’t a long list of companies in India “that have been sold in subsequent rounds to different and new kinds of investors.”

Operating impact businesses in areas such as agriculture, health services, and other sectors “have really only been invested in over the last five to six years,” Ramachandran added. “There, the record is a little sketchy. Not sketchy in the sense of poor returns, but because they have not had the time to became mature businesses that allow exits.”

Domestic investors have been slow in waking up to the promise of impact investing, so most of the capital has come from overseas. Aditi Shrivastava, head of Intellecap Impact Investment Network (I3N), India’s first angel network, is working to unlock domestic capital from institutions and high-net-worth individuals for the benefit of early-stage impact enterprises.

“While there’s a lot of capital in impact investments in India, most of the capital is foreign and going to mature enterprises” she said. “There’s a need to mobilize capital and Indian expertise to help early stage social enterprises grow.”

Shrivastava added that some Indian high-net-worth individuals who are already engaged in philanthropy are still wary of the field. “We get questions like, ‘Is it ethical to expect money when the intention is to do good?’ We also have to educate them about the sectors that social enterprises are in. Many angel investors have invested in real estate and tech, but a lot of education is required to help them understand the agriculture sector, for example.”

Last year saw the creation of the first rupee-denominated impact-investing fund put together by Incube, Charioteer, and Unitus Seed Fund. The launch early this year of the India Inclusive Innovation Fund by the National Innovation Council and the Ministry of Micro, Small, and Medium Enterprises is expected to boost the availability of domestic funds. A new Companies Act 2013 rule that requires businesses of a certain financial size to spend 2% of average net profits on corporate social responsibility related activities may also have a positive impact on the impact investment sector.

Aside from mobilizing more capital, Shrivastava said strengthening the entire impact investment ecosystem in India is important to the sector’s sustainability. Enterprises in urban areas are able to tap into networks to help their businesses, but those in far-flung locations don’t have access to the same level of expertise. Intellecap says that enterprises in the Indian states of Maharashtra, Tamil Nadu, and Karnataka have cornered the largest share of impact investments so far.

“The support of impact investing around the world needs to come to small businesses in such a manner that they are helped, facilitated, and nurtured to grow into bigger mainstream businesses rather than a large impact business, which mainstream investors are not interested in,” said Ramachandran. “A different way of saying it is that impact investing is not a parallel path; it is a stepping stone to mainstreaming a particular kind of investment.” 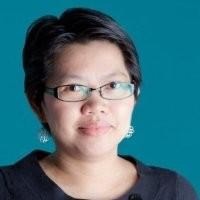 10 thoughts on “Impact Investing in India: Poised to Grow?”