Elephant vs. Dragon: The Political and Economic Prospects of India and China

My firm recently sponsored an event on two emerging economies, China and India, titled “Elephant vs. Dragon: The Political and Economic Prospects of India and China.” At the event, Rawi Abdelal, a professor at Harvard Business School and an expert in the politics and economics of globalization discussed the strengths and weaknesses of both countries and came to a rather provocative conclusion.

The following is a condensed and edited version of his presentation.

The Rise of China

Let’s take a 30,000-foot view of the politics and the economics of China and India — not from the investor’s perspective, per se, but with a kind of motivating question.

I think this quotation by V.S. Naipaul in The Overcrowded Barracoon neatly encapsulates this whole discussion: “I detected in him a certain melancholy which I have seen before in those who have exchanged the security of agitation for the insecurity of power.”

I was once writing a Harvard Business School case study about South Africa and the rise of the African National Congress. I was interviewing somebody, and he relayed this quote to me as a way of thinking about the African National Congress government in South Africa. Ever since, I have been thinking about it in the context of China in a variety of ways.

I think that the quotation also encapsulates what it must be like to run the Chinese Communist Party these days: the feeling of after having engineered this extraordinary revolution, opening up China in 1978, having agitated for a system, and then finally having it in your hands.

We will have to ask whether China is happy with the outcome or more melancholy once it is at the top and organizing things in its own way.

We are living in an era of global transformation, and it is quite profound. We can describe this era in a variety of ways. It’s typified by the rise of the so-called BRICS countries (Brazil, Russia, India, China, and South Africa). South Africa is not always included, so sometimes we don’t capitalize the “S.”

We have to analyze these countries as individual nations, which is why the thought experiment is useful. And we have to do this while recognizing that there’s something bigger going on as well: the rise of systemically influential emerging markets and the relative decline of the United States. It is a great power transformation; it is the rise and fall of the great powers. This is not to say that the United States is not still growing or relevant, but we’ve gone through such periods before.

Will Chinese Growth Surpass US Growth?

Consider the time period during which the United Kingdom was the center of the world economy. The pound sterling was the reserve currency. Those days came to an end as the UK share of world GDP declined and the US share increased. We can see that this transformation is perhaps under way today. The graph below shows the country output, or GDP, as a share of world output. The United States has been at the top for a long time, ever since the end of World War II.

Many changes will come with that transformation, perhaps a reorganization of the world economy. Let’s imagine what a security that you could track would look like. Gregg Fisher has done a really nice job of thinking about this from the investor’s perspective, but China has been growing much more quickly than any other country in the world. It bounces around a bit, but it’s been bouncing around between 6% and 15% real GDP growth since 1978.

India really only started picking up in terms of growth in the late 1980s and early 1990s. India has never grown at the average rate that China has, but it has been growing pretty steadily for a while, with a few bumps in the road. The graph below shows what India and China have looked like since 1978. Even with all this growth, these countries are not about to be rich countries.

There are some similarities between China and India. They have approached their economic and political changes gradually, so change in terms of the way the economy is organized has occurred not in fits and starts but rather with a gradual rolling out of reforms that have transformed the way their economies work.

A lot of private sector growth has occurred in both countries. It’s been mostly entrepreneurial in India, whereas there have been bigger companies associated with the Chinese government that have driven growth in China. While we often get a sense of “China Inc.,” as though there are eight guys in the politburo sitting in Beijing who are masterminding Chinese growth, that is not at all what has been happening. China’s growth has been mixed: Some regions, like China’s Special Economic Zones (SEZs) and Export Processing Zones, are innovating and developing faster than others. “Reform without losers” and the dual track system of economic development have been gradually replaced by a more integrated market economy since 1993.

The innovations in policy have bubbled up from these regions, and when those regional changes have worked, the Chinese government has encouraged other regions across the country to roll them out. All the new ideas come from these regions. Since the 1980s, China has slowly but steadily increased the number of SEZs from its original 6 to over 100.

The same is true in India: The robustness of change has come from the provinces, not from the central government. The Indian and Chinese central governments are not masterminding these changes. There’s a lot of innovation happening on the margins of these two economies.

China and India have some things in common, but they also have lots of differences, as we know.

Some of the differences are economic, some of them are social, and some of them are political and have profound implications for the bet that you would take about which of these securities you would want to be long. Here’s another way we could look at these differences: From a macroeconomic perspective, we can look at how much households consume as a share of output every year, which is a way of looking at who’s driving the growth.

Is the growth being driven by households buying a lot, or is it being driven by something else? This is a really important difference between China and India. Look at the Chinese story. In 2003, Chinese households accounted for 42% of Chinese GDP, and that number has gone down steadily, to the point where it’s now only 35% of output.

This is the lowest number that has ever been recorded since we have been keeping track of these data; these households in China account for a comparatively tiny fraction of output every year. No country has ever had only 35%. The number for India is much higher — 56%–58%  — which is about what it is in Europe. But just to benchmark this, in the United States, households account for 71% of output every year. Chinese households’ share of GDP is extremely low.

India has had some success in manufacturing exports, but in global markets, it is most competitive in services, so its growth story is very different from that of China. India grows in part because its households consume, and India grows in part because it has firms that successfully sell services around the world. China’s growth is not a result of its households’ consumption. Rather, China has grown primarily because it has exported goods to the rest of the world: to the United States, increasingly to emerging markets, and some to Europe.

Without these export markets, China could not possibly have grown at these rates. Imagine if China had not sold any goods to the United States in the last 30 years. It is certain that China would not have grown at 8%, 9%, or 10% a year. Chinese growth has been driven by US households, not by Chinese households. 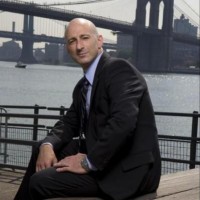 2 thoughts on “Elephant vs. Dragon: The Political and Economic Prospects of India and China”