The “Unknown Unknowns” of the Contingent Convertible Market

The financial crisis of 2008–2009 highlighted weaknesses in the way banks calculated both their capital ratios and risk-weighted assets (RWAs). Prior to the crisis, banks held too little capital on their balance sheets and did not hold enough liquid funds. These shortcomings led the banks to have large write-downs during the crisis, which in many cases required state intervention to allow the banks to remain solvent.

This post will examine contingent convertible (CoCo) bonds by first looking at the regulatory context that created them and then illustrating some of the issues analysts might encounter when trying to make sense of them.

Following the crisis, the Basel Committee released an updated accord, Basel III, to address the shortcomings in banks’ calculations with a particular focus on increasing both the level of bank capital and the “quality” of that capital. The new accord splits Tier 1 capital into two components: Common Equity Tier 1 (CET1) capital and Additional Tier 1 (AT1) capital. Under Basel III, banks must maintain a minimum CET1 capital ratio of 4.5% and a minimum total Tier 1 capital requirement of 6.0%. The 1.5% gap between the 4.5% CET1 capital ratio and the 6.0% minimum total Tier 1 capital is the AT1 capital.

In the European Union, Basel III will be implemented through the Capital Requirements Regulation and Directive (CRD IV), which includes the following requirements for AT1 capital:

Therefore, to fill the 1.5% AT1 capital bucket, a bank could simply issue more CET1 capital. But using CoCo bonds will better optimize the bank’s overall cost of capital because they are cheaper to raise than equity given the tax efficiency of issuing debt. In addition, CoCo bonds will count toward the bank’s regulatory capital buffers and leverage ratios, which will allow the bank to meet its leverage and capital targets without having a higher CET1 capital ratio than necessary. The reason is because the same CET1 capital cannot be double counted and used toward both the minimum capital ratio and the buffer requirements. Given these benefits over issuing common equity, European banks have generally indicated that they intend to meet the 1.5% AT1 capital requirement with CoCo bonds.

The first CoCo bonds came to market in 2009, but the initial growth of the market was slow because of the ambiguity around eligibility requirements and whether interest was going to be tax deductible. With recent clarification around these topics, the size of the market is expected to grow over the next decade as banks look to replace the old-style Tier 1 hybrid capital, which will lose all of its Tier 1 capital status by the end of 2022.

EU regulators advocate the use of CoCo bonds; they are viewed as a “going-concern solution.” The triggering of the equity conversion or the write-down feature improves a bank’s solvency, importantly without state aid, at a time when raising money in the marketplace would be a challenge because of the financial condition of the bank.

CoCo bonds have polarized the fixed-income investor community. They have become popular with a group of investors who view them as a relatively high-yielding product in a low-yield environment, even when compared with high yield. This camp generally believes that a CET1 capital trigger of 7% or less will not be breached because banks continue to deleverage and build stronger capital positions. Furthermore, bank management would likely act quickly to rebuild the bank’s capital base if it was approaching a trigger level or its CET1 capital ratio suffered a sharp decline. In addition, the chance of European banks increasing leverage or participating in some other form of “event risk” is minimal because financial regulators probably will not currently permit these activities.

Other investors, however, view CoCo bonds as an abomination of the bond market and view them as equity investments.

One major challenge in valuing these structures is that, despite the growth of the asset class over the past few years, there is still a lack of consistent structural features. Today, structures can differ in the following ways:

The following items could be considered the “known unknowns.” We know these issues could arise, but the unknown variable is how they would be resolved.

CoCo securities contain a combination of known knowns, known unknowns because of their complexity and structural differences, and unknown unknowns because as a new asset class there is no history to use as a guide and we don’t know how the market would react exactly to a trigger or a near-trigger event. Because of the unknowns of the asset class, it will provide opportunities but will likely also produce wide variances between the asset class’s best and worst performers.

The focus of the analyst will need to be on the known knowns, such as a bank’s fundamentals and its business model (e.g., retail banks will likely have lower earnings volatility, risk profiles, and management incentives than investment banks). But they will have to remain diligently focused on the known unknowns and the unknown unknowns as the asset class matures. 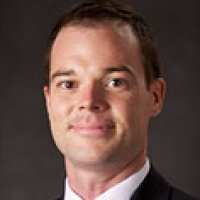 Craig Sullivan, CFA, is an investment analyst at Franklin Street Partners, where he is responsible for the portfolio management of the core fixed-income and opportunistic credit strategies. Previously, he worked in portfolio management at Merrill Lynch in the private client group. Sullivan holds the Chartered Alternative Investment Analyst (CAIA) designation and is a graduate of North Carolina State University.

1 thought on “The “Unknown Unknowns” of the Contingent Convertible Market”