Managed Futures: Will They Thrive with Higher Interest Rates?

When will the US fixed-income market shift into a secular bear market?

In 1981, the 10-year Treasury peaked at close to 16%. Since then, the US fixed-income market has more often than not enjoyed a bull market over the past three decades (Here is an excellent New York Times article from 1981 that shows a completely different perspective on the future of yields). Furthermore, the US Federal Reserve has maintained a zero interest rate policy (ZIRP) since December 2008. How long can this last? What are the ramifications if we enter a multi-decade fixed-income bear market? This future shift in the capital markets has large implications for fixed income and equities alike.

The discussion about the future of fixed-income markets has coincided with highly volatile equity markets. Volatility can be painfully endured or it can be captured to a portfolio’s benefit. One challenge traditional long-only portfolios face is their inability to take advantage of volatility in their respective financial markets. They also miss the opportunities afforded by volatility in non-financial assets, such as currencies and commodities.

One asset class that has historically thrived in chaotic and crisis environments is managed futures. Though a lesser-known asset class, managed futures still measure $328 billion in assets under management (AUM) as of June 2015. Managed futures can be added to traditional portfolios — institutional, hedge fund, and smaller retail portfolios — to lessen portfolio risk for the same level of return and, during times of crisis, deliver alpha.

But what are they? Managed futures are portfolios holding long or short positions in currencies, commodities, or financial exchange-traded futures. These portfolios are professionally managed by Commodity Trading Advisers (CTAs), the majority of whom use proprietary trading algorithms, though some employ fundamentally managed portfolios. Futures are liquid and transparent and are also leveraged contracts. As such, most CTAs embrace very strict rules on portfolio allocations, capturing gains and limiting losses.

While CTAs have performed well in volatile times, the firm of Welton Investment Corporation sought to determine how CTAs fared during periods of rising rates and falling bond prices. In the white paper, “Going Up? Where to Find Returns If Rates Begin to Rise,” Welton looked at annualized returns for various asset classes during periods of rising rates. The paper tracked the S&P 500, the MSCI World Index, 10-year Treasuries, AAA corporate bonds, and Welton’s proprietary multi-asset model and compared the returns over multiple periods when rates increased. The periods of rate increase were defined as “all periods with sustained rises in interest rates of at least 1.5% trough-to-peak” from 1970–2012. During that 42-year timespan, there were six periods of acute/sustained rate increases: 1973–1974, 1977–1981, 1983–1984, 1987, 1993–1994, and 1999–2000.

The asset class winner by a wide margin was Welton’s trend-following, multi-asset futures models, which was up an average annualized 12.4% during those periods of rate increases. MSCI World Index was a distant second place at 2.4%. The S&P was flat at .2%. In the red were the 10-year Treasury at -1.4% and AAA corporate bonds at a whopping -10.4%.

The losses came from:

Other CTA firms address performance and sector attribution in rising rate environments. Some white papers have findings similar to Welton and some disagree. All of this research is worth reading.

Many of these studies use hypothetical models in part because they are attempting to capture a longer period of time than the existence of a particular CTA or even the recorded history of CTAs, which represent a relatively new asset class. Nonetheless, performance histories provided by CTAs are audited. Their weakness just happens to be their lack of historical data. Traditional long-only portfolio managers have limited options at their disposal to offset, buffer, or take advantage of market volatility by simply holding equities or bonds. Therefore, managers should look to add asset classes that were designed to handle volatility while maintaining liquidity and transparency.

For the purposes of full disclosure, I have had no business dealings with the CTAs whose studies support the case for CTAs in times of rising rates.

An investment in futures contracts is speculative, involves a high degree of risk and is suitable only for persons who can assume the risk of loss in excess of their margin deposits. You should carefully consider whether futures trading is appropriate for you in light of your investment experience, trading objectives, financial resources, and other relevant circumstances. PAST PERFORMANCE IS NOT NECESSARILY INDICATIVE OF FUTURE RESULTS. 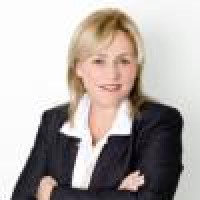 2 thoughts on “Managed Futures: Will They Thrive with Higher Interest Rates?”