Time for a Low-Cap Diet?

Most investors believe they’re in good financial shape. And why not? Client account balances have surged higher alongside booming financial markets. In fact, global stock markets have quadrupled since the financial crisis trough and now approach $100 trillion in total market capitalization.

Apparently, advisers expect these good times to continue. A TD Ameritrade RIA survey revealed nearly seven in 10 expect growth in client assets to either increase (48%) or remain at current levels (21%). While these stakeholders are understandably optimistic, a worrisome condition has emerged: overconcentration.

The performance in the major US indices is clearly attributable to a decreasing number of names. This narrowing has created a handful of market-cap behemoths. These “Godzilla caps” have endangered many “well-diversified” portfolios, making concentration risk much greater than it appears.

This is not hyperbole: Apple is a stone’s throw away from a $1-trillion market cap.

The popularity of passive investing helps fuel this phenomenon. Lower costs — some index funds now charge just 3 basis points (bps) — along with commission-free trading and outperformance versus active management have increased the passive market share of US equities from just 12% in 1998 to 48% at the end of 2016.

The market’s persistent climb creates a self-fulfilling prophecy wherein flows chase a few names disproportionately higher, with no regard to valuation.

Since the largest passive vehicle is SPY, let’s take a closer look at the S&P 500, the market’s bellwether benchmark.

As a group, technology is now the largest sector in the S&P 500, at over 25%. At the height of the dot-com bubble, technology composed 34% of the S&P 500 index. But not matching those lofty levels shouldn’t lead to complacency. Here’s why:

Reducing exposure to these holdings seems prescient at this juncture. We’ve seen some scary previews of what can happen to these names when the market turns. History has shown their reversal to be violent and swift. At some point, there may not be the “dip-buyers” we’ve grown accustomed to seeing.

Let’s say we admit there’s a problem. The dilemma is how to trim the fat without compromising returns. One strategy to reduce concentration risk while maintaining proper asset allocation is an equal-weight strategy. As the name implies, these funds weight each security the same, not by free-floating market capitalization. So, Apple gets the same weighting as Campbell Soup.

The strategy may mitigate out-sized losses by mega-cap holdings during down markets. Equal weight portfolios aren’t new: They’ve been around for about 15 years, and aren’t foolproof. The strategy vastly underperformed market-cap weightings during the 1990s but did outperform from 2003–2012. With portfolios already stuffed with bloated, cap-weight index ETFs, equal weight should outperform over the next cycle.

Another strategy takes a more radical step in addressing concentration risk. In November 2017, Exponential ETFs launched a reverse-weighted fund, RVRS, which provides exposure to S&P 500 stocks weighted by the inverse of their relative market capitalizations.

According to Exponential, the strategy reduces the weighted average market cap of the index by over 90% while using the same exact stocks. By reversing the cap weightings, the index tilts from growth towards [relative] value.

This is a newer strategy, so we’ll have to see how it performs over time. This is by no means a recommendation for this or any reverse-weighing product. I just find the underlying methodology intriguing. If this proves successful in hedging against concentration risk during the next market swoon, expect to see similar offerings in the future.

If you believe as I do that the market is near a peak, now may be a good time to put your portfolio on a low-cap diet. 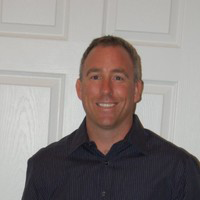 James Stefurak, CFA, is the founder of Monarch Research, LLC, providing analysis for individual investors regarding alternative investments, including liquid alts, structured products, and inverse ETFs. For small businesses, Monarch focuses on financial solutions, including invoice factoring, and asset-based lending facilities. Previously, Stefurak was a managing partner at the private investment fund Brightwood Advisors. When not working, Stefurak moonlights as a chauffeur for his four children and their friends.