What Does Loss Aversion Mean for Investors? Not Much

By David Gal
Posted In: Behavioral Finance, Economics, Portfolio Management, Risk Management
Daniel Kahneman, a winner of the 2002 Nobel Prize in Economics, wrote that “The concept of loss aversion is certainly the most significant contribution of psychology to behavioral economics.” When Richard Thaler, the father of behavioral economics, won the Nobel Prize in Economics in 2017, the phrase “loss aversion” appeared 24 times in the Nobel Prize committee’s description of his contributions to science. Why have people attributed such profound importance to loss aversion? In large part because they believe loss aversion has critical implications for investment decision making. For example, in his recent address at the 71st CFA Institute Annual Conference, Kahneman stated that loss aversion causes investors to overweight losses relative to gains and therefore leads to flawed investment decision making. Investors become irrationally risk averse and overly fearful.

Some degree of risk aversion in investing is perfectly rational. For example, if losing $10,000 in your investment account means you won’t be able to make your monthly rent, while gaining an additional $10,000 means you can go on an extra vacation, it makes perfect sense for you to play it safe rather than risk the roof over your head. As such, it is not irrational for investors to expect higher returns for taking on more risk. However, loss aversion holds that all else being equal, losses fundamentally loom larger than gains. This includes cases where, win or lose, the outcome will have little material effect on someone’s life circumstances, and thus suggests that people are too risk averse. To identify loss aversion, researchers have examined how people make decisions in the context of small gambles. For example, they might ask whether an individual would take a $10 bet with 50-50 odds. Obviously, few people’s lives would be drastically altered either way. Yet, most test subjects don’t take the bet, a result that researchers say is evidence of loss aversion. Based on these findings, they’ve extrapolated further and determined that loss aversion influences more consequential investment decisions. What’s wrong with this conclusion? One problem is that when people are asked how a $10 bet will affect them, on average, they do not report the potential loss to be more consequential than the gain. Moreover, the decision to take on risk in small bets depends on how the gamble is framed. In a critical forthcoming review of loss aversion for the Journal of Consumer Psychology, Derek Rucker and I conclude that the studies of low-stakes wagers that supposedly establish loss aversion typically frame the choice to take the bet as a change to the status quo. As a result, researchers have confused simple inertia, the tendency to stick with the status quo in the absence of a meaningful incentive to change, with loss aversion.

Indeed, when decisions about losses and gains are decoupled from a choice between change and the status quo, there is no evidence for loss aversion. For example, asked to select between receiving $0 or accepting a bet with 50% odds of either losing or winning $10, about half the test subjects choose to take the bet. In other words, if the status quo option is presented as an active choice — to “receive $0” rather than “not accept the bet” — the preference for safety vanishes. Thus, what looks like loss aversion in these small wagers is due to an experimental context that reflects inertia, not irrational risk aversion. To be sure, inertia could lead people to be overly risk averse if they start out with a large cash allocation. But it could also cause them to take on too much risk, for example, by allocating too much of their savings to their employer’s stock through an employee stock ownership plan. In either case, inertia rather than irrational aversion (or attraction) to risk is a better explanation. Researchers have used evidence of loss aversion in small bet experiments to explain the equity premium puzzle, the finding that stock returns have sometimes appeared to demonstrate a high degree of risk aversion. But there are many other potential causes of this phenomenon, including the compelling notion that investors simply may not have anticipated that the market would perform as well as it did. The disposition effect — the tendency among investors to sell stock market winners too soon and hold on to losers too long — has also been attributed to loss aversion. But the disposition effect means wanting to both realize gains and avoid losses, not favoring the latter over the former. There are other compelling loss aversion-free explanations for this. For one, investors may simply believe in mean reversion, that equities that go up must eventually come down and vice versa.

In sum, the concept of loss aversion holds that investors are too risk averse. While that no doubt applies to some, it does not apply to all, and just as many may be too prone to risk. Indeed, our research demonstrates that loss aversion may not be nearly as significant an influence on investment decision making as Kahneman’s and Thaler’s scholarship would suggest. If you liked this post, don’t forget to subscribe to the Enterprising Investor. All posts are the opinion of the author. As such, they should not be construed as investment advice, nor do the opinions expressed necessarily reflect the views of CFA Institute or the author’s employer. Image credit: ©Getty Images/ Leontura 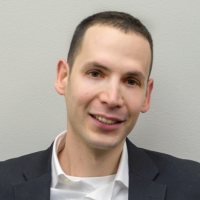 David Gal is a professor of marketing at the University of Illinois at Chicago. He previously served on the faculty of Northwestern University. He received a PhD and MS from Stanford University, and a BS from Penn State University. His research areas include the psychology of decision making, identity and behavior, and innovation and creativity. His work has been published in top-tier journals in management, marketing, statistics, and psychology, and has been featured in the New York Times and Financial Times, among other outlets. His forthcoming book, The Power of the Status Quo, will appear in print in Fall 2018. Visit his website at www.davidgal.net.

4 thoughts on “What Does Loss Aversion Mean for Investors? Not Much”