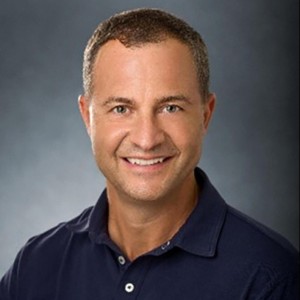 Ted Seides, CFA, is the Managing Partner of Hidden Brook Investments, LLC, an advisory and private investment firm. His first book, So You Want to Start a Hedge Fund: Lessons for Managers and Allocators, (Wiley) was published in February, 2016. Seides was a founder of Protégé Partners LLC, where he served as President and Co-Chief Investment Officer. He began his career in 1992 with the Yale University Investments Office. Seides sits on the Board of Trustees of the Greenwich Roundtable, and is a Trustee and member of the investment committee at the Wenner-Gren Foundation. He serves on the Board of Technoacademy, and previously was a Board member of Citizen Schools-New York. Seides holds a B.A. in economics and political science, Cum Laude, from Yale University, and an MBA with honors from Harvard Business School.

Author's Posts
How NOT to Approach Allocators
By Ted Seides, CFA

We learn best what to do by gaining an understanding of what not to do. Ted Seides, CFA, illustrates that point by highlighting several of the more puzzling solicitations he's received over the years.

Loyalty Rewards: A Better Fee Structure for All
By Ted Seides, CFA

A better fee structure for more hedge fund participants might be one that rewards investor loyalty with reduced management fees over time.

Standing seven years into a 10-year wager with Warren Buffett that hedge funds would outperform the S&P 500, we sure look wrong, says Ted Seides, CFA. What follows is an assessment of why, and an outlook on where to go from here.

Is CalPERS a Canary in the Coal Mine?
By Ted Seides, CFA

Will CalPERS’ recent announcement of its intention to exit its $4 billion hedge fund portfolio become a successful example of thought leadership or a sour route for the crowd to follow?

The Sobering Reality of “Retirement Risk”
By Ted Seides, CFA

As the founders of the first generation of institutional hedge funds reach the twilight of their careers, allocators are beginning to think about “retirement risk” in their hedge fund portfolios.

Lessons from Golf: Is it Time to Sell a Fund Manager?
By Ted Seides, CFA

The golf analogy, "What are the chances that someone posting a 50 on the front nine is actually a scratch golfer?" is used to describe emerging managers.

In Praise of Risk Aversion
By Ted Seides, CFA

“And the seasons they go ’round and ’round
And the painted ponies go up and down
We’re captive on the carousel of time”
— Joni Mitchell The Circle Game
The hardest day to invest is always the current one. Despite this truth,… READ MORE ›

The Future of Long-Short Equity
By Ted Seides, CFA

Although historically one of the leading strategies in the hedge fund world, long/short equity has recently underperformed other venues for hedge fund investment. What does the futture hold?

Creating a hedge fund index that reflects investor experience is certainly a challenge, but the assertions made in the academic research point fingers at the wrong issues. Ted Seides thinks it worthwhile to set the record straight.

Hedge Funds: The Most Expensive Bargain In Town
By Ted Seides, CFA