Apart from building skyscrapers and amazing infrastructure, Hong Kong prides itself on being a world-class financial center not by chance but by choice — a success story built on the free flow of information and capital coupled with the professionalism, consistency, and transparency of its regulatory regime.

In the opening keynote address at the CFA Institute Asia Pacific Investment Conference, the Hong Kong Secretary for Financial Services and the Treasury, Professor K.C. Chan, highlighted these and other fundamental strengths that have contributed to Hong Kong’s unique positioning in the global financial marketplace. His talk, which attracted local press attention (full remarks here), covered the evolution of regulations in Hong Kong; the continuous effort to develop Hong Kong into a financial hub; and the challenges that regulators face keeping pace with an ever-changing financial landscape.

On the policy front, Chan reiterated the advantages of Hong Kong’s “one country two systems” arrangement. This approach has been the core building block for Hong Kong’s internationally recognized financial infrastructure while also being part of China, he said.

The financial crisis in the United States and the lingering sovereign debt crisis roiling Europe have contributed to a shift of economic activity from the West to the East, Chan noted. This development has created an opportunity for Hong Kong to connect the international business community to emerging markets in Asia, particularly mainland China, he said.

Chan highlighted key milestones of the Hong Kong Stock Exchange (HKEx), from the 1993 listing of Tsingtao Brewery, the first of China’s state-owned enterprises to begin trading there, to Hong Kong becoming a designated renminbi center. As of February 2012, there were 645 mainland Chinese companies listed in Hong Kong, including all four state-owned banks; since 1993, they have raised a total of US$412 billion in capital.

International investors and professional advisers alike appreciate the established market discipline in Hong Kong, including best practices in corporate governance, accounting standards, disclosure, and management. Hong Kong listings have been key to achieving attractive valuations for mainland Chinese companies, providing them with access to a deep pool of international liquidity, and delivering assurances of quality to investors, Chan said. These factors have led naturally to the listing of non-Hong Kong and non-Chinese companies seeking not only to secure a presence in Asia but also to build their brands.

With US$122 billion raised in equity IPOs from 2009 to 2011, Hong Kong has achieved the top ranking in the world, surpassing both the New York and London stock exchanges combined.

Chan briefly talked about the uncertainty in 1990 that led to the re-domiciliation of Hong Kong-listed companies and the evolution of Hong Kong listing rules. The shift in focus in 2009 was to manage the sudden surge in demand on the part of what he called “genuine foreign companies” to list in Hong Kong, including such names as France’s L’Occitane International S.A., Brazil’s Vale S.A., Russia’s RUSAL, and Prada S.p.A. of Italy.

Chan concluded his talk by assuring delegates that Hong Kong regulators are not complacent and will continue to work to bring continuous improvement to Hong Kong financial markets. They are re-examining the uniformity, efficiency and user-friendliness of the listing process — both equity and debt — while keeping the core focus on investor protection, market integrity, and enforcement, he said. 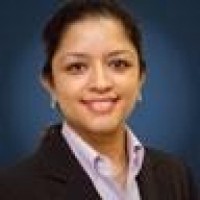