A New Investment Thesis for China

By CK Lee, CFA
Posted In: Drivers of Value

At the inaugural CFA Institute Asia Pacific Investment Conference earlier this week, Professor Patrick Chovanec of Tsinghua University School of Economics and Management analyzed the investment thesis for China by taking an unusual tact: he applied the “thesis, antithesis, synthesis” dialectic that is often associated with the work of Karl Marx.

The professor’s synthesis, or conclusion, was that “an imminent correction to China’s economy will create promising opportunities in dynamic new sectors,” including agriculture, logistics, retail, consumer brands, and health care.

Chovanec is a prolific blogger and has analyzed many aspects of the Chinese economy, from concerns about housing market imbalances in 2009 to worries about inflation in 2010. He counts himself among those predicting a “hard landing,” but readily admitted to being conflicted about China’s future, telling delegates: “I don’t really feel that comfortable wearing a bear suit.” That’s because Chovanec sees huge untapped potential in the economy of China, a country he first visited in 1986 (he has since traveled to each of the country’s 31 provinces, as well as Taiwan). Chovanec’s use of the thesis, antithesis, synthesis framework is borne of an attempt to reconcile these competing views.

Chovanec began his presentation by describing the prevailing thesis for China: that the country is on the verge of a profoundly disruptive economic adjustment; in other words, that the old “China story” is over. This story had been based on the premise that China would experience growth for as far as the eye could see, and that the rising economic tide would lift all investors, as long as they had exposure — any exposure. Unfortunately, the dangers of this story became all too clear during the global financial crisis, which showed that China’s export-driven model had reached its limits; that its over-reliance on investment was generating bad debt and inflation; and that any delay in the day of reckoning would only heighten the risk of a hard landing. Chovanec also pointed out that even a “soft landing” for China would represent profound, disruptive change at a micro level.

Of course “hard landings,” otherwise known as economic corrections, are sometimes necessary in order for economies to reverse imbalances and return to health. This observation points the way to Chovanec’s antithesis: that “the very inefficiencies that have provoked a crisis offer immediate opportunities for companies and investors who are smart and prepared.” These opportunities include short positions, private financing, purchasing fire sale assets, and participating in distressed workouts. Short positions are the most obvious way to profit and have paid off for many hedge funds, Chovanec said, but they are not easy to execute in the Chinese market. He noted that private financing remains attractive because of the inefficient allocation of capital in China, and the fact that many companies that could earn a return have trouble obtaining capital. (Conversely, the private equity market in China has been flooded with capital, he said.)

Chovanec then turned to his synthesis, walking delegates through the case for each of the dynamic sectors he identified as offering promising opportunities. Of these, he said, none are garnering enough attention from entrepreneurs or government policymakers. Since the retail sector is largely staffed by unskilled labor, he suggested that the potential exists for companies to add value to the buying experience. He also pointed out that China still has very few national retail brands. In addition, he argued that logistics services and “containerization” were potentially lucrative because they hold the key to “massive productivity gains” in China. And Chovanec noted that health care suffers from a lack of capital even though China’s aging population will create demand for services such as retirement homes and assisted living. 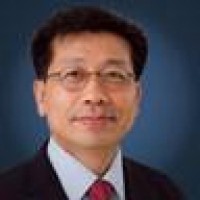 Chae Kwang Lee, CFA, was director of industry relations, Asia Pacific, at CFA Institute. He has also worked as the head of research and strategy at Korea Investment and Securities, where he did strategy marketing for institutional investors and arranged corporate IR for overseas clients. Previously, Lee worked as a chief investment officer at both KDB Asset Management Co., Ltd., and Eugene Asset Management Co., Ltd. He holds a master’s degree in economics with a concentration in econometrics and labor economics from Seoul National University, Korea.