New Mantra for Investors: “Show Me How”

Following his keynote speech at the 65th CFA Institute Annual Conference in May, James Montier was asked about the models that he uses to analyze investment opportunities. He described them as “valuation-based models that simply split returns down into their component generators.”

Montier used the performance of the stock market as an example. You can explain returns by analyzing changes in four components: sales, profit margin, valuation (using a simple price-to-earnings multiple), and dividend yield. If stocks are to generate an 8% return over time, he said, then the interplay of those four factors must account for that prospective rate of return.

Those three words should be the mantra of all investors. We are bombarded with predictions and recommendations, but very often, they lack the simple specificity that Montier’s phrase demands. For decisions big and small, examining the assumptions behind the predictions can tell you a great deal about the potential risks and rewards of an investment.

Some painful recent investment experiences demonstrate how the lack of that kind of examination can lead to significant losses. The dot-com bust in the early 2000s is often cited as the prime example; investors chased many of those stocks without regard to their underlying fundamentals. “Show me how” was completely thrown out the window.

But at the same time that the dot-coms reached their zenith, another more important market phenomenon was occurring: Many of the largest stocks in the market were selling for historically high valuations, far above their long-term averages. Strategists, analysts, and investors were calling for a continuation of the good times. Unfortunately, they were all wrong. The return of valuations to more normal levels led to the “lost decade” for large-cap stocks and a flight from them to other kinds of investments.

The financial crisis also provided several examples of glossed-over assumptions, none more stunning and calamitous than the belief that housing prices could not go down. The entire machinery of mortgage securitization was based upon that one assumption — as was, in turn, the pricing of many financial stocks because those firms had leveraged their businesses to it. Overlooking one simple assumption nearly caused the unwinding of the world’s financial system.

Investors are prone to behavioral errors, so it is good discipline to adopt the kind of processes that Montier advocates. Breaking down prospective returns into their component parts does not provide answers, but doing so helps investors think about the range of scenarios that could occur and the probabilities of those outcomes — an extremely useful exercise.

When large-cap stocks were selling for high multiples, there was no guarantee that they would decline, but the historical evidence favored that outcome. Unfortunately, the theme of those days was “buy and hold” without regard to valuation, even though a disciplined look at the components of return would have shown how much risk was present.

In the same way, a simple evaluation of the impact of lower real estate prices in 2006 would have revealed the inherent weaknesses in mortgage finance that proved to be so damaging. But the housing story was missed because the building blocks of its foundation weren’t examined for weaknesses.

That’s what an investor has to do. It doesn’t matter if you are an individual dealing with a personal financial adviser, the member of an investment committee that hires asset managers, or an investment professional yourself who is responding to ideas from other firms or your coworkers. The tendency for all is to fall in love with the stories that are easy to love and to go with the flow of performance, finding favor with recent winners and avoiding investments that have been underperforming, along the way taking important assumptions for granted.

Montier was specifically talking about asset class forecasts when he said, “Show me how,” but it is good discipline to use that phrase in response to any statement of investment expectations. Often it is the most basic assumption that has the most profound effect on subsequent investment performance.

For instance, let’s say that you go to an investment adviser today and she shows you a proposed asset allocation based on historical performance. What are the chances that the future returns will be anything like returns in the past?

In one specific and important case, the chances are very high that they won’t be. The bond market is very complex, but most bonds move in response to a very simple rule: if interest rates go down, bond prices go up (and vice versa). Interest rates have been going down for 30 years, and we are at a point where it’s extremely unlikely that the returns of the past can be replicated in the future. If your adviser believes that they can, say to her, “Show me how.”

Alternative assets of one kind or another have become very popular over the past few years. Farmland has received a great deal of attention, and its price has increased significantly. As is often the case with assets that have had good performance, the secular story for farmland is very appealing. But the farmland itself has to produce an attractive return over time or its price is not sustainable.

Similar to what happened with the large-cap stocks of yesteryear, the valuation of farmland has increased significantly in response to good business conditions. That change has sowed the seeds of a more challenging situation for the subsequent performance of farmland, even if future global food demand stays robust. And if the fundamentals soften for some reason, farmland could have a lost decade of its own, or even worse. If someone tells you, “They aren’t making any more farmland,” and predicts that its price is destined to rise, give them a pencil and paper and say, “Show me how.”

Social media has been a hot area for the past few years, and not surprisingly, there was a great deal of excitement in advance of Facebook’s initial public offering. Expectations are now more muted following that stock’s poor showing, and bulls and bears are debating the future potential of social media companies. To each: “Show me how.”

The investment world is built upon prognostications and stories, yet you can get a sense of the opportunities and risks of an investment idea by asking very simple questions and focusing on basic facts. Montier’s three words cut to the heart of disciplined investment analysis.

For more perspective on the annual conference, see Tom’s series of postings, including a summary of James Montier’s keynote on the flaws of finance. 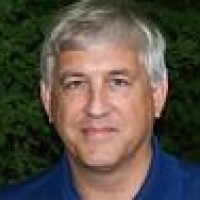 Tom Brakke, CFA, helps investment firms and the buyers of their services to improve decision processes and effectively communicate their ideas internally and externally. At times during his career, Tom has been an analyst, portfolio manager, director of research, creator of investment products, professor, and consultant (including for the Global Research Analyst Settlement). Brakker writes extensively about the business on his blog about the research puzzle and his newsletter, The Prudent Fiduciary Digest.

1 thought on “New Mantra for Investors: “Show Me How””