After the Music Stopped: The Financial Crisis, the Response, and the Work Ahead. 2013. Alan S. Blinder.

In this trailblazing book on the role of government as both a risk-taking funder of innovation and a market creator, Mariana Mazzucato persuasively argues that the government is a key enabler of technological innovations that drive economic growth. Mazzucato also dispels common myths about the state as a slow-moving bureaucracy that inhibits economic progress. She asserts that, far from being an obstacle to free enterprise, the government has often been the bold, early funder of dramatic advances in technologies that have driven tremendous amounts of economic progress.

The author, a professor of economics at the University of Sussex, cites several examples, including government funding for the technologies that have played significant roles in advancing or even founding such industries as computing, the internet, biotechnology, and clean energy. According to Mazzucato, the government is a key enabler in the “ecosystem” of innovation. The government frequently steps in because the private sector, including venture capital, is typically unwilling to finance large-scale, pioneering investments whose highly uncertain returns will be realized over long time horizons. What is often initially developed in research labs funded by the government makes its way to the public, by way of the private sector, as product offerings.

The role of the government as an early-stage, risk-taking funder — with investment by the private sector coming later — is borne out by the statistics. For example, in the United States in 2008, the federal government funded 57% of basic science research whereas business funded only 18%. For R&D, however, 26% was funded by the government whereas 67% was funded by business. One study found that between 1971 and 2006, 77 of the 88 most important innovations were funded primarily by the government.

Mazzucato uses the iPhone as an example of technology that was initially developed by the government and later commercialized by private enterprise. She argues that there is hardly a significant technological component of the iPhone that was not funded in its early stages by the government.

The government’s continued underwriting of innovation, the author maintains, is critical because as the global economy becomes increasingly technology oriented, technological innovation becomes one of the key drivers of economic growth. Although Mazzucato focuses largely on the United States, she also discusses the government’s role in spurring innovation in other countries, including Brazil, China, Denmark, and Germany.

The Entrepreneurial State: Debunking Public vs. Private Sector Myths offers a fundamentally new way to analyze state involvement in the economy. It presents an alternative to both the traditionally liberal focus on market failures and the traditionally conservative stance that government ought to get out of the way of business activity. Instead, the author argues, the government is an entrepreneurial agent that takes on some of the riskiest but potentially highest-impact investment opportunities in the economy — a view that is both Keynesian and Schumpeterian.

Mazzucato has researched this topic well, drawing on many types of sources. Although she uses a somewhat academic writing style, her book is short and straightforward enough to be digested easily by the nonacademic reader. The Entrepreneurial State presents a number of worthwhile avenues for further research. For example, the role of state-funded innovation as a driver of economic performance deserves more study. The author also clearly demonstrates that the government’s early-stage funding of innovation has been enormously successful overall. As a possible next step, she proposes attempting to quantify the returns on these investments, including spillover effects.

Related to this question is how the government should be compensated for the risks it incurs. If the government is to assume the pioneering risk of funding innovative technologies, it should expect to earn returns that will compensate it for the inevitable failures. For instance, is it sufficient to realize the return on investments in the form of higher tax receipts from economic activity, or should there be more stringent intellectual property rights for government-sponsored innovation? Mazzucato makes the interesting observation that when companies and investors are able to minimize their tax exposure, they may be undercompensating the government for the risks it takes to create the underlying technologies that private enterprise brings to the marketplace.

This important book should be read by policymakers, opinion leaders, and others with a stake in funding economic growth. It also presents an opportunity for CFA charterholders and other investment professionals to contribute to the debate on the role of the state and how the public and private sectors can promote innovation-led growth. Let us hope that the concepts laid out in The Entrepreneurial State become part of the ongoing discussion about the means of achieving higher levels of economic growth. 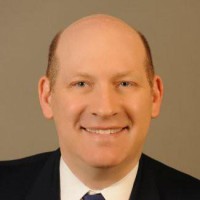 Arnold T. Davis is an executive at Accenture, Chicago.