Prospects for the Eurozone: It Won’t Be Germany to the Rescue

Germany may not be the force that sees the European Union through its political and economic strains, according to Kai Konrad, director of the Max Planck Institute for Tax Law and Public Finance in Munich. At the Sixth Annual CFA Institute European Investment Conference, Konrad painted a picture of troubled states increasingly doubtful of the union’s ability to join in stronger coordination of structural policies, not least because of the wariness of the more robust states towards bailouts and mounting liability risks. This combination of “austerity fatigue” and “rescue fatigue” might very well conspire to create a dark future for the eurozone.

Konrad’s discussion of “austerity fatigue” centered around the well-known sluggishness of many economies in the region, but also focused on the less widely acknowledged toll taken on national psyches by external reform pressure. Referencing the Pew Research Center’s May 2013 poll of attitudes within eurozone countries, Konrad cited the majorities of respondents in Southern Europe who felt that economic integration had weakened their economies, noting a precipitous drop in support for a more integrated European economy since 2009, in the aftermath of the global crisis. Germany alone had an increase between 2009 and 2013 in the percentage of respondents who felt that economic integration has a positive long run effect on their home economy. Austerity for the good of the union is increasingly a political liability in many parts of the eurozone. 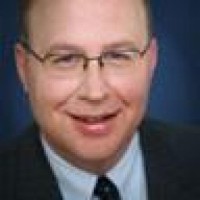 1 thought on “Prospects for the Eurozone: It Won’t Be Germany to the Rescue”