Is Leverage Good or Bad?

By Tim Nuding, CFA
Posted In: Drivers of Value, Economics

“Give me a lever long enough and a fulcrum on which to place it, and I shall move the world.” — Archimedes

Depending on the sector, context, time period, and perspective, perceptions of financial leverage can change dramatically as outlined in the following table.

So, what makes leverage good, and what makes it bad? Let’s start by clarifying our definition of “financial leverage” (which is also called financial “gearing” in the United Kingdom and Australia). We define financial leverage as the process of borrowing capital to make an investment, with the expectation that the profits made from the investment will be greater than the interest on the debt.

Immediately, we can see that the level of interest to be paid is critical to the leverage proposition. With very low interest rates, many more investments meet the expected minimum hurdle of returning the interest paid and vice versa. Some would even say that ultra-low interest rates create an unhealthy misallocation of capital resources (i.e., inducing investors to make investments that have insufficient returns over the long term).

The next point to note is that many tax regimes create an incentive in favor of leverage by making interest paid tax deductible — again, creating a somewhat unhealthy bias toward increasing debt levels. From an after-tax cash flow perspective, the government is, in effect, subsidizing a portion of the interest expense.

The third significant aspect, which may appear obvious but bears noting, is that leverage increases the volatility in the value of the investment. To take a simple example, if one invests 50% and borrows 50% to pay for an asset, when the asset value goes up or down 10%, the investment value increases or loses 20% of its value. So, if you invest in equities, to the extent that the firms in which you invest have net borrowings, you are making a leveraged investment. All else being equal, stocks with higher debt/equity ratios are generally more volatile than those with lower debt/equity ratios, although the actual volatility ultimately depends on the stability, duration, and productivity of the firms’ assets.

With this rudimentary review of the characteristics of leverage, let’s take a look at the status quo with respect to total leverage in one of the most developed countries in the world, the United States.

Unfortunately, the United States is not an exception in leverage and interest rate trends historically. Similar but different patterns exist for the United Kingdom, Japan, and many other advanced economies. So, does this mean that investments have expanded dramatically? Is any of this debt for consumption? Do the investments financed by this leverage return more than the interest paid on debt? Is principal being periodically repaid? Is the debt financing productive assets? What would be the effect of increasing interest rates?

These are the right questions to ask.

Relationship of Leverage to Productivity

A renowned but less-quoted economist of the 20th century, Hyman Minsky, distinguished between three types of debt. In the first and ideal type of debt, loans would be paid back with profits from purchased assets (“hedge financing”). In the second type of debt, profits from the asset purchased merely paid the interest on the debt (“speculative finance”). In the third type of debt, the asset being financed was required to be sold at ever higher prices in order to sustain profitability (“Ponzi finance”). Minsky suggested in his financial instability hypothesis that capitalist economies tended to move from hedge finance to speculative and Ponzi finance over prolonged periods of prosperity.

John Mauldin, the investment author and commentator, drives home the point that the problem of slow economic growth is not because of the lack of consumption but because of the lack of income. All else being equal, increased productivity increases income for labour and capital. So, if leverage increases productivity, then it is “good” leverage. However, if it merely creates goods purchases for current consumption, then it is “bad” leverage. 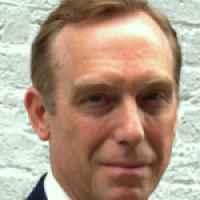 Tim Nuding, CFA is the Chief Executive of Prosperity Capital Services LLP, a firm that provides research and consulting services for alternative investments. Tim is also the Founder of the Hedge Fund Research Club, sponsored by the CFA Society of the UK and CAIA London chapter. Tim formerly managed international asset management and investment banking businesses for Citibank and Dresdner Bank in the UK and Japan. He received his CFA charter in 2000 and is active in the CFA Society of the UK and the CFA Institute.

5 thoughts on “Is Leverage Good or Bad?”

Leave a Reply to Albert Cancel reply
Tweets by @Enterprising
﻿