What Do Western Sanctions on Russia Mean for Russian Companies?

On 29 July, the European Union joined the United States and announced a further, much tougher package of sanctions against Russia. This targeted the energy and defense sectors as well as state-controlled banks. The measures, which took effect on 1 August, are limited to future contracts and will not be applied retroactively. But we have to ask, what has been done, and what does it mean for the near future?

Here are the details of the sanctions:

The Natural Gas Sector Is Untouched

The Financial War Is on

In its turn, the United States matched the EU move by adding three more Russian state-controlled banks: VTB Bank, Rosselkhozbank, and Bank of Moscow to the US sanctions list released on 16 July.

Initially, it contained several of Russia’s leading companies and banks including oil major Rosneft, independent natural gas producer Novatek and Gazprombank, the financial arm of Gazprom. All these entities are off limits for debt financing longer than three months. The U.S. may limit derivatives trading and short-term loans with Russian companies if further escalation of sanctions is considered necessary. Unlike the EU sanctions, the US sanctions do not target the biggest Russian state-controlled bank, Sberbank.

Dependence on Foreign Funding Is Rather High

Foreign financing is very important for the Russian corporate sector, as it represents roughly 40% of total external funding. Total corporate foreign debt is close to $650 billion, or 31% of GDP and roughly 140% of foreign reserves. According to the Central Bank of Russia (CBR), Russian banks must refinance about $50 billion of foreign debt this year and next, whereas companies’ refinancing needs stand at around $100 billion.

The restrictions on access to US and EU capital markets pertain mainly to state-controlled entities. Nevertheless, the whole corporate sector of Russia will be negatively affected through reduced access to external funding and rising funding costs in all markets because of elevated political risk premiums and poorer prospects for economic growth due to the sanctions.

Financial Sanctions Are Not a Problem

In the short term, the constraints on access to external financing are unlikely to have a serious effect on banks and corporations because the fundamentals of the Russian corporate sector are relatively healthy. Also, unlike the 2008–2009 global financial crisis, the credit squeeze is not accompanied by a fall in oil prices.

The strong fiscal position of the Russian state and ample foreign reserves make it possible for Russian borrowers to be financed solely from domestic sources for at least two years. As during the financial crisis of 2008–2009, Russian authorities are likely to respond to the rapid reversal of capital flows by providing extensive liquidity facilities to keep strategic industries and banks afloat and cover external repayment obligations. This may lead to a partial reversal of Russia’s integration into the world economy and further increase the state’s role as major companies deleverage abroad or swap expensive external financing to government-backed lending.

Uncertainty Is on the Rise

Risks may rise if sanctions remain in place longer and/or continue to intensify. The prospect of additional sanctions may lead to a major increase in uncertainty that further affects Russian firms. Even before the sanctions, political and economic uncertainty reduced Russia’s access to financing, increased its borrowing costs, and caused capital outflows to increase and fixed investment to fall.

For instance, in the second quarter of 2014, foreign bank lending to Russian companies fell 42% from a year earlier. And the spread on loans rose to 287 bps from 194 bps. The latest round of sanctions will likely further amplify that uncertainty as neither side appears ready to back down on the crisis or look for some compromise.

It is also worth noting that the latest round of sanctions is a blow to foreign investor sentiment, which had taken the risk of sanctions rather lightly. Now, it seems realistic that the russian asset market will remain shut down for some time to Western institutions. Reflecting the changing investor mood, as well as geopolitical tensions around Ukraine, two major stock index providers, MSCI and Standard & Poor’s (S&P), are considering removing Russian companies from their gauges.

MSCI is launching a new series of composite indexes that will exclude Russia for investors who want to avoid exposure to Russian assets. MSCI is also considering removing VTB ruble shares from its Russia index. Another option is to maintain VTB Bank in MSCI Russia Index until the first issuance of new shares. In its turn, S&P is asking clients whether it should remove sanctioned firms from its indexes. S&P is also considering whether a firm sanctioned by a specific country should be treated as sanctioned in all jurisdictions. As for Russian bonds, J.P. Morgan said its emerging market bond index will not include any new bonds issued by sanctioned Russian firms.

These moves that look purely technical may, in effect, be more serious than sanctions themselves. They may further accelerate the exodus of foreign investors who hold almost $200 billion of Russian equities benchmarked to indexes and result in an enduring bias against investing in Russia, thereby destroying some of the core financial arteries that have been built since the early 1990s. Index reshuffling of this kind may result in many Russian equities becoming uninvestable for a large part of investor base, particularly for US institutions and those managing US money. It also raises perceptions of impending market shutdown for foreign investors which, at least for now, is not in the offing.

If you enjoyed this post, consider subscribing to the Enterprising Investor. 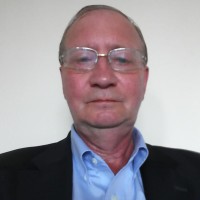 Sergei Gorbunov is with Scarsdale Equities LLC, an institutional broker/dealer based in New York. He focuses on economic and investment analyses. Mr. Gorbunov joined the firm in July 2012 after retiring from a 20+ year career at the United Nations. Prior to joining the UN, Sergei spent more than 15 years with the Russian Academy of Sciences. He graduated in 1972 summa cum laude from Financial University, Moscow, Russia, with MSc in finance. He received a Ph.D. in economics in 1977, and a Doctorate Degree in economics in 1988, both from the Russian Academy of Sciences. Mr. Gorbunov is the author of three books, several book chapters and almost two hundred articles published in various economic and financial journals. He holds CFA designation and is a member of the New York Society of Security Analysts and the CFA Institute. He was born and raised in Moscow, Russia.

1 thought on “What Do Western Sanctions on Russia Mean for Russian Companies?”