More factories will lap up more electricity from power stations. The goods they churn out will need to be shipped through a wider network of roads, railways, ports, and airports. Growing cities with global aspirations cannot run without power, clean water, telecommunications, and efficient public transport such as metro systems and buses to service burgeoning urban populations.

This need is especially acute in India, where infrastructure development has lagged woefully behind that of the economy. In the World Economic Forum’s Global Competitiveness Report 2013–2014, the country’s overall infrastructure ranked 85th out of 148 countries. In comparison, China ranked 74th, neighboring Sri Lanka clinched the 54th spot, nearby Thailand came in 61st, and even Iran ranked higher at 76th.

In a country where 65% of all freight is still transported by road, the average speed of trucks and buses is a crawling pace of 30–40 kilometers per hour. That’s on a good day.

In recent years, the government has made public its target for US$1 trillion in infrastructure spending for the Twelfth Five Year Plan period running from 2012 to 2017. It has repeatedly called on the private sector to fund half of these infrastructure investments through what is known as public-private partnerships (PPP). The priorities identified include three airports, two ports, an elevated rail corridor in Mumbai, and about 9,500 kilometers of new roads.

With such pressing demand, there have been plenty of projects up for bidding. But investors are not biting.

Four experts at the recent India Investment Conference debated this conundrum during the panel “Financing Infrastructure to Reignite Growth.” It is an issue that’s becoming ever more critical for India to resolve if it is serious about realizing its true economic potential.

Shri Rajnish Kumar, managing director and CEO of SBI Capital Markets, notes that investments from the private sector have dried up since 2011. “There have been no new investments . . . We haven’t received any requests for financing new projects. Most of the work is around refinancing or restructuring of existing loans.”

One major reason why investors are staying on the sidelines: the perceived risk-reward relationship is not in their favor, reckons Rahul Mody, managing director of Ambit Corporate Finance.

To put it simply, the returns one might reap are simply not worth the trouble in the Indian environment. A gamut of obstacles, from land disputes to sheer bureaucracy and red tape, have made project delays almost inevitable, increasing costs even as banks cut financing.

Another problem is the fact that road projects are asset heavy, he adds. Many existing developers are already weighed down by existing assets and have no capacity for big new projects. After all, balance sheet capacity is finite.

To resolve this, Parthasarathi Mukherjee, Axis Bank’s group executive for corporate relationships and international business, suggests that the PPP model would need to be tweaked. The Indian government might have to take on more balance sheet risk. In the case of road projects, the state could take on the building phase, while the private sector focuses on operating these projects once they’re up and ready.

Ambit’s Rahul Mody agrees. Even cash-rich foreign investors, such as sovereign wealth funds and pension funds, are staying away from “under construction” projects. Infrastructure investors are not looking for alpha returns. “They want stable returns,” he explains. This means operational — and proven — assets rather than new projects.

So what is the way forward? Apurva Shah, managing director in investment banking coverage and advisory at Deutsche Bank, India, suggests that the government could do more. It’s already heading in the right direction with recent reforms to the Land Acquisition Act that would make it easier for private companies and developers to buy land — especially critical in road building and widening projects. But more could be done to reduce inefficiencies, and these efforts would have to be driven by the government.

Finally, even as India marches ahead, it should take a longer-term view and ensure sustainable development. Or as Deutsche Bank’s Shah puts it, “improving the environmental impact” of building power and transport capacity. This can be done by introducing subsidies or incentives for renewables and cleaner energy, he suggests. 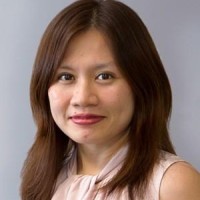 5 thoughts on “India’s Infrastructure Investments: Huge Opportunities but No Takers”