Why Do We Still Have a Retirement Crisis?

In celebration of its 70th anniversary, the Financial Analysts Journal published a special retrospective issue focusing on retirement security. As one of the six areas of focus of the CFA Institute Future of Finance initiative, retirement security is, perhaps now more than ever, an important and timely topic for investors and their clients.

FAJ Editor Barbara S. Petitt, CFA, had the chance to talk with Laurence B. Siegel, who served as the guest editor for this anniversary issue. Siegel combed through the FAJ archives for the most relevant articles to feature. He also provided a guest editorial and contributed an article.

In his guest editorial, “After 70 Years of Fruitful Research, Why Is There Still a Retirement Crisis?,” Siegel cogently addresses the retirement issues that still plague us today.

Different people want and should have access to different retirement solutions, he argues. Retirees should build income guarantees by choosing the pension plan that best meets their individualized needs.

Along with classic retirement research from the FAJ archives, the anniversary issue features a new article by Siegel and his coauthor, M. Barton Waring, “The Only Spending Rule Article You Will Ever Need.” Siegel and Waring call their proposed spending rule an “annually recalculated virtual annuity.” Each year, one should spend (at most) the amount that a newly purchased annuity would pay out in that year. The purchase price of the annuity is equal to the then-current portfolio value and priced at current interest rates and number of years of required cash flows remaining. By providing investors with consumption that fluctuates with asset value, the annually recalculated virtual annuity guarantees that they will not run out of money.

Despite this abundance of solid research, the message about the retirement crisis still seems to have largely been ignored. Is there a collective call to action to prevent us from repeating history’s mistakes? In this interview with Petitt, Siegel puts forth two suggestions.

“The first thing we can do collectively is save more — recognizing that the rate of return that you earn on your investments is not nearly as important as the size of the investment to begin with,” he said. “The second thing we need to do collectively is to support efforts to rationalize the system of pensions and savings in whatever country we happen to live in.”

For more insights on the retirement crisis and on research that proposes salient, practical solutions, listen to the full interview above or download the MP3.

The full PDF of the FAJ’s 70th anniversary issue is also freely available on the CFA Institute Publications website. 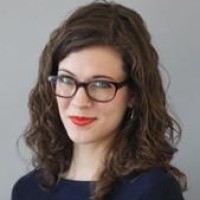 4 thoughts on “Why Do We Still Have a Retirement Crisis?”