Every day investors are inundated with noise — almost all of it irrelevant — about what they should do. Then, when there really is something important — information that will genuinely help you achieve better returns — it often gets drowned out.

Thus it was hardly surprising that few noticed when a team of academics led by David Blake from the Pensions Institute in London recently published the results of research that further calls into question the merits of active fund management.

The paper, entitled “New Evidence on Mutual Fund Performance: A Comparison of Alternative Bootstrap Methods,” is based on a study of 561 UK equity funds between 1998 and 2008. Although the paper is a sequel to a study published last year, it significantly adds to the weight of evidence against the wisdom of paying for active funds.

The biggest challenge academics face in analyzing fund returns is how to distinguish between genuine skill and random chance. They generally do this by employing a statistical device known as bootstrapping. For last year’s paper, Blake’s research team used two different bootstrap methods. For the most recent paper, they used a third, the Treynor-Mazuy (TM) total performance method.

TM is superior to most other two bootstrap methods in that, instead of assessing performance based on alpha alone, it also includes market timing and stock selection skills. The fund sample and the time period analyzed in the latest study are identical to those in the first.

So, what were their findings?

First, to quote the paper, “the average equity mutual fund manager in the UK is unable to deliver outperformance from either stock selection or market timing, once allowance is made for fund manager fees and for the set of common risk factors known to influence returns.”

Second, the results obtained using the TM method yield similar conclusions to those produced earlier when the other bootstrap methods were employed. Again, I quote, “Any [stock selection] skills that fund managers might possess — and at best only a very small number of them do — are wiped out both by their attempts to time the market and by their fees.”

Tying it all together, the study concludes, “the results provide powerful evidence that the vast majority of fund managers in our dataset were not simply unlucky, they were genuinely unskilled.”

Perhaps you’re thinking, “That doesn’t worry me because I’m confident that I (or my adviser) can identify star fund managers who do possess genuine skill.” To which the researchers behind this paper would respond with two points.

While you or your adviser may have a gift for spotting talent, you’d have to have been monitoring your star managers for a long time to know for sure. Referring to an earlier study, Blake and company observe that it takes “8 years of performance data for a test of a fund manager’s skill to have 50% power and 22 years of data for the test to have 90% power.”

Second, even if your managers are genuine stars, there may not be any advantage in using them. “Although a small group of managers appear to have sufficient skills to generate superior gross performance,” the paper concludes, “they extract the whole of this superior performance for themselves via their fees, leaving nothing for investors.”

Of all the evidence against using active managers, this paper presents the most compelling case I have seen. It is worth taking the time to read.

All of us, whether investors, advisers, or journalists, have a choice. Either we believe what the fund industry says about active fund performance or what the independent, peer-reviewed, and time-tested evidence tells us. I know which I would rather rely on. 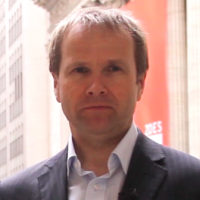 Robin Powell is a journalist campaigning for the interest of individual investors. He blogs as The Evidence-Based Investor.