Investors Need to Understand the Risks of Smart Beta

The low-yield environment has many investors seeking new sources of outperformance. One development has been the growth of so-called smart beta investments, a $400 billion ETF market with a strong flow of funds from both institutions and retail investors. But are such funds really “smart” and do they truly have the potential to boost performance?

To answer such questions, CFA Institute Magazine turned to Nick Baturin, CFA, formerly head of portfolio analytics at Bloomberg. He also spoke at the CFA Institute Annual Conference in Frankfurt in 2015. In this interview, Baturin discusses the rise of smart beta, its counterpart “dumb alpha,” and the need for investors to educate themselves about risks in this area.

CFA Institute: First of all, what is smart beta?

Nick Baturin, CFA: Smart beta investments are funds and ETFs that have a non-traditional weighting scheme that goes beyond cap weighting. There are many different types out there — equal-weighted, inversely risk-weighted, optimized to minimize risk, fundamental-weighted, factor tilts, dividend tilts, and dividend-weighted ETFs. There’s a whole taxonomy out there.

The latest entrant in this space is a hybrid product which combines several themes into one. An example is the iShares enhanced index funds. These are active funds and they trade based on some of BlackRock’s research into well-known anomalies — the value anomaly, the quality anomaly, the size anomaly — and they optimize risk as well. They act like an active management quant fund but somewhat simplified. BlackRock does not give you all of their proprietary model insights that they use for their other actively managed quant funds. They give you a dumbed-down version of that. However, they’re also charging lower fees than for their actively managed quant funds.

Another thing to note about smart beta indices: They have to rebalance a lot more often than passive buy-and-hold index funds, which are cap-weighted and typically rebalance just once or twice a year.

You’ve talked about “dumb alpha.” What is that?

I call it dumb alpha because traditional quantitative investors have known about these style tilts for several decades. They bet on factors such as value and momentum, quality and size. These have been used in quant investment strategies forever. I call them generic alpha factors rather than proprietary alpha factors. The difference between generic and proprietary is that proprietary cannot be easily replicated. You have some secret sauce, perhaps, at your own firm that only you know about, whereas with a value factor or size or momentum, everyone knows about it. You can implement this in a very straightforward manner. In that sense, it’s dumb alpha because you don’t need any complex implementation engine for it.

What I’ve seen with smart beta is partially a marketing effort to rebrand these traditional generic alpha factors as smart beta funds. All they do is give you exposure to these traditional, generic quant factors, but in the ETF wrapper, and they charge a higher fee. So, basically, it’s a rebranding effort in my opinion.

Is the higher fee justified?

Well, the higher fee can be partially justified by the higher trading costs of these funds. And certain factors do have long-term outperformance records over the market portfolio. But you have to be very judicious. With a smart beta fund, the burden of decision as to what to invest in is no longer on the fund manager. It’s now on the investor.

Should smart beta strategies be included in participant retirement plans?

Fundamentally weighted funds bet on the value factor, but investors can also get value-factor exposure by investing in the Vanguard Value Fund, which is a cap-weighted fund which also gives you value exposure, but a lot cheaper. You have to be judicious. You cannot expect a retail investor to know the difference between smart beta and stupid beta and to evaluate the cost versus benefit tradeoff.

If you call all smart beta ETFs “smart,” that becomes a confusing soup to choose from. You have momentum, you have value, you have quality, you have size; you have fundamental-weighted, risk-weighted. It’s a complicated array of products that is exposing retail investors to a lot more choices. This will take them a long time to learn about. I don’t think they are in a position to really drill down in much detail.

Would I include smart beta in participant retirement plans? Possibly, but you have to select low-cost versions implementing well-known ideas that have been demonstrated to work over a long time and in different markets, like a value tilt. That’s a pretty solid factor. That’s one of the best ones out there. Is a fundamentally weighted index a good way to capture that? A fundamental index comes with additional attributes (factor exposures other than value) that are offered as a bundled deal. In that sense, a pure value tilt is probably a better exposure vehicle for retirement plans.

If you are a retail investor, you are typically not sophisticated, and you respond to marketing and hype. It’s our job as investment managers to be honest with these investors and really explain performance beyond the hype. They have to know the risks and the rewards of investing in these products, and there are risks. The term smart beta is a great marketing slogan, and it has caught on.

What are the risks?

You may have a period of massive underperformance of a particular strategy. There’s a lot of academic research that says that actively managed funds collectively underperform passive cap-weighted indices in the long run. Vanguard founder John Bogle thinks that everything that’s not an index fund is a fraud. But does it mean that the market is truly efficient and there are no anomalies? No. There are anomalies. And there are risks — mainly, that any strategy will underperform. Let’s say everybody in the world piles into value strategies. Then value will stop working.

The market-cap-weighted index is the only index that can theoretically be held by every investor in the market. You will all get the same exposure. But in the real world, there will always be some winners and some losers.

After a lot of dollars flow into these smart beta funds, they will eventually stop working. We’ll have cut off the branch we were sitting on.

What’s next in the world of smart beta?

I’d say hybrid products that erase the boundary between active management and smart beta are where things are headed. Those are truly multi-factor, risk-aware investment strategies.

These haven’t caught on just yet. The largest is just over 100 million in assets. That’s not a lot by the standards of the ETF market. But, nevertheless, these hybrid products that combine several anomalies in a risk-controlled way under one vehicle will become popular. It depends on the performance and the marketing. I think the marketing is a huge aspect of it all.

We live in a low-yield environment with investors who are desperate to outperform the traditional indices and asset classes, so I think marketing has a huge role to play in whether or not these hybrid products catch on.

What should investors watch out for in smart beta?

There are definitely things to watch out for. I’d say don’t start out cold. You’ve got to educate yourself.

Beware of risks. Beware of costs. Invest in more robust ideas, like value. Momentum isn’t robust. On that basis, my heart lies with lower-cost solutions that offer you a cheap value tilt. These are traditional cap-weighted value funds. They score highly for me because they are cheap and deliver on that factor tilt. There’s going to be periods of underperformance. At least over the very long term, you stand a chance of outperforming traditional cap-weighted indices. 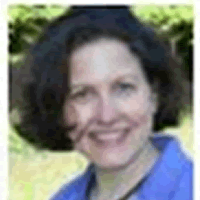 Rhea Wessel is an American freelance writer based in Frankfurt, Germany.