The Active Equity Renaissance: The Rise and Fall of MPT

In the early 18th century, Daniel Bernoulli proposed that individuals maximize expected utility when they make decisions under uncertainty. This reasoning launched the rationality model of human behavior that underpins many of today’s theories in economics and finance, including modern portfolio theory (MPT). The mathematical models that sprang from these theories provide a veneer of orderliness while obscuring the behavioral messiness of real-world financial markets.

The Rise of MPT

In 1952, Harry Markowitz published his article on portfolio selection, arguing that portfolios should optimize expected return relative to volatility, with volatility measured as the variance of return. He proposed the now ubiquitous efficient frontier. By the mid-1960s, this mean-variance model had become a mainstay within academic finance departments.

Eugene Fama erected the final MPT pillar in the mid-1960s, in perhaps the most famous finance doctoral dissertation of our generation. Extending the concept of rational investors to its logical conclusion, Fama proposed the efficient market hypothesis (EMH), that financial market prices reflect all relevant information and thus generating excess returns through active management is impossible.

MPT quickly became the ascendant paradigm. For the quantitative-based analysts who dominated the investment industry, a simple theory like MPT that explained messy financial markets was very attractive. Now they had a rigorous theory of markets and a rational approach to building investment portfolios.

But their conception could not have been further from the truth.

The Fall of MPT

The first shots were fired across MPT’s bow in the late 1970s.

The initial CAPM empirical tests uncovered a negative return to beta relationship, the opposite of what was predicted. Rather than reject CAPM, however, the discipline responded by searching for statistical problems in these tests.

As EMH came under attack, Sanjay Basu’s research demonstrated that low P/E stocks outperformed high P/E stocks. In the early 1980s, Rolf Banz showed small-cap stocks outperformed large-cap stocks. The problem, of course, is that both P/E and firm size are public information and should not allow investors to earn excess returns.

In response, EMH proponents integrated these anomalies into a new “factor model,” though they admitted they did not know if the model captured either risk or opportunity. Ironically, these anomalies were then used by financial industry adjuncts — investment consultants, for example — to create that classic active management handcuff, the style box. In turn, the style box unintentionally led to additional active management restraints, such as style drift and tracking error.

These same proponents also argued that the EMH remained viable as long as active equity managers could not use anomalies to earn excess returns. But for the last 20 years, multiple studies have shown that many active equity managers are superior stock pickers and do indeed earn excess returns on these holdings. Russ Wermers demonstrated that the average stock held by active equity mutual funds earns a 1.3% alpha, and Randolph B. Cohen, Christopher Polk, and Bernhard Silli found that ex-ante best idea stocks earn a 6% alpha.

In the early 1980s, Robert Shiller argued that almost all volatility observed in the stock market, even on an annual basis, was noise rather than the result of changes in fundamentals. Since EMH held that prices fully reflect all relevant information, volatility driven by anything other than fundamentals strikes at the very heart of the theory.

Shiller’s noisy market model also created problems for Markowitz’s portfolio optimization. If volatility is the result of emotional crowds, then . . . emotion has been placed in the middle of the portfolio construction process.

In summary, all three pillars supporting EMH have been toppled.

Rejecting the World Rather Than the Paradigm

Much of finance pushes aside the mounting contrary evidence and soldiers on under the yoke of the MPT paradigm. This might seem surprising: Isn’t finance a discipline based on empiricism, one that only accepts concepts supported by evidence? Unfortunately, as Thomas Kuhn argued years ago in his classic work, The Structure of Scientific Revolutions, scientific and professional organizations are human and are susceptible to the same cognitive errors that afflict individual decision making.

The concepts underlying MPT have not been rejected. Instead, they are widely used in studies and show up in textbooks all over the world. MPT’s ubiquity confirms its legitimacy through social validation rather than empirical evidence. Emotional decision making is rampant in what is supposed to be a rational discipline.

Just because something is widely used doesn’t mean it’s useful. The conventional wisdom is often wrong.

After decades, there is little evidence to support MPT. It is time to move on. There is an alternative way to view securities markets, their movements, and their participants: behavioral finance.

At some point, the industry will make the transition to something other than MPT. Behavioral finance is the leading candidate. Then the investment world as we have known it will be changed forever. As Kuhn observes, when paradigms change, everything changes, including basic concepts, facts, history, tools, and methodologies.

After the dust settles, virtually nothing of MPT will remain.

The ultimate irony of rationally based MPT is that it gives advisers and analysts the tools to enforce “The Cult of Emotion,” including volatility as risk, efficient frontier, downside capture, downside risk, R-squared, and the Sharpe ratio.

The law of unintended consequences should not have the last word. As MPT fades into history, so will these tools. It’s just another step on the road to the Active Equity Renaissance. 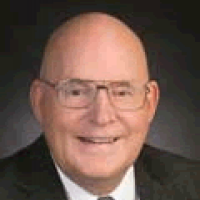 C. Thomas Howard is the co-founder, chief investment officer, and director of research at AthenaInvest. Building upon the Nobel Prize-winning research of Daniel Kahneman, Howard is a pioneer in the application of behavioral finance for investment management. He is a professor emeritus at the Reiman School of Finance, Daniels College of Business, University of Denver, where he taught courses and published articles in the areas of investment management and international finance. He is the author of Behavioral Portfolio Management. Howard holds a BS in mechanical engineering from the University of Idaho, an MS in management science from Oregon State University, and a PhD in finance from the University of Washington.

Jason Voss, CFA, tirelessly focuses on improving the ability of investors to better serve end clients. He is the author of the Foreword Reviews Business Book of the Year Finalist, The Intuitive Investor and the CEO of Active Investment Management (AIM) Consulting. Voss also sub-contracts for the well known firm, Focus Consulting Group. Previously, he was a portfolio manager at Davis Selected Advisers, L.P., where he co-managed the Davis Appreciation and Income Fund to noteworthy returns. Voss holds a BA in economics and an MBA in finance and accounting from the University of Colorado.


My statement of ethics is very simple, really: I treat others as I would like to be treated. In my opinion, all systems of ethics distill to this simple statement. If you believe I have deviated from this standard, I would love to hear from you: [email protected]

35 thoughts on “The Active Equity Renaissance: The Rise and Fall of MPT”