Investing in Europe: Where’s the Return?

US investors aren’t too fond of European stocks these days and for good reason.

If you diversified across the Atlantic — the equivalent of eating your peas and carrots — you would have received zero over the past decade.

Not only have European stocks stagnated, they have experienced a gut-wrenching 66% drawdown (Vanguard’s FTSE Europe ETF), putting them squarely in the reward-free risk category. To add insult to injury, the opportunity cost would have been enormous, as US stocks doubled over the same period.

Understandably, US investors are retreating from European equities.

For just the third time in the last 50 years, US stocks have outperformed MSCI Europe by 100% over the previous 10 years.

The chart below plots the rolling 10-year performance difference between these two regions. The blue line indicates when European equities have outperformed over the previous 10 years, while the red line shows when US stocks have come out ahead. The green line highlights when US equities outpaced their European counterparts to the extremes that they have today. In the 44 previous readings when the spreads reached 100%, European stocks went on to outperform for the subsequent 10 years.

Now to be fair, past performance is irrelevant, and when N=2, well, yeah.

Outperformance: European vs. US Equities

US investors have almost 80% of their equity portfolio in US stocks, according to a recent Vanguard report. Assuming half of the other 20% is in Europe, it’s no surprise that the flows to US equities are eight times greater than the US flows to European stocks. And because US stocks have done so much better, it would be reasonable for those flows to be exaggerated a little. According to iShares data, US investors have poured $725 billion into US exchange-traded products since 2010, 14.5 times the $51 billion they invested in Europe.

Flows to US and European Equities

US investors could look at past performance, even long-term performance, and conclude that there is no point investing in European equities.

One dollar invested in MSCI Europe (USD) in 1970 is now $56. That same $1 in the S&P 500 over the same time period would have grown to $106 today. Yet on closer examination, this is a perfect example of statistics reporting the facts but hiding the truth.

Thanks to the power of compounding, performance over the last few years has had a huge effect on long-term returns. From 1970 to 2009, the S&P 500 compounded at 9.87%, and MSCI Europe at 9.88%. The entire outperformance of the last 47 years occurred during the last seven years.

That underperformance combined with investors’ attitudes toward European stocks — which are apathetic at best — has caused the valuation gap between US and European equities to widen into a gulf.

The CAPE ratio for US stocks is close to 30. For European equities, it is 17.

At the end of 2015, according to data provided by Vanguard, U.S. investors had 6.5% of their equity allocations in European stocks, despite the fact that they represent nearly 20% of the MSCI All Country World Index. Considering that US stocks outperformed European stocks by ~1,000 basis points in 2016, it’s likely the home country bias has grown even greater since then.

US investors who have avoided Europe have been handsomely rewarded. But with the difference in valuations, the recent performance, and investor flows, it might be time to consider investing at least a portion of your portfolio outside the United States. 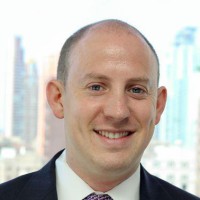 17 thoughts on “Investing in Europe: Where’s the Return?”