Beat the Field by Shooting Par

The 117th US Open Championship gets underway today with the world’s best golfers competing for the title.

While golf fans around the world will tune in to see who will lift the trophy on Sunday, this investor will be watching to see how many of the competitors manage to break par.

Par is the number of strokes an expert golfer is expected to use to complete all the holes on a golf course. Besting this benchmark, or “breaking par,” is extremely difficult and the average golfer rarely comes close to it. About 20 to 25% of all golfers manage to break 90, a score of 18 shots worse than par.

Of course, the US Open tournament will feature the world’s best — Dustin Johnson, Rory McIlroy, Jordan Spieth, and Sergio Garcia, to name a few. Surely, members of this elite field will break par. Or will they?

With par as the benchmark, not all the pros will make the cut.

In 2016, just four players managed to break par at the US Open. While champion Dustin Johnson shot four under par over the 72 holes played to win $1.8 million, the entire field — and remember, these are the world’s best golfers — combined to shoot a whopping 1,537 shots over par.

Last year was no fluke. While the golf world crowns an individual champion each year — Jordan Spieth, Martin Kaymer, Justin Rose and Webb Simpson have each won a US Open Championship in the past five years — a score of level par was the leading money winner over that same time period.

What is true in golf is also true in investing.

While the evidence shows actively managed mutual funds fail to beat the market, this is hardly a surprise. Combined with managers of hedge funds, pension plans, and endowments, professional investors are the market. What’s the likelihood that any one manager can consistently outperform such a skilled, competitive, and highly-motivated playing field?

As in golf, the odds are low.

Using Morningstar’s database, mutual fund giant Vanguard Group recently analyzed the performance of all actively managed stock mutual funds from 2005 to 2010, ranking funds into five equal groups of 20%. The top 20% of performers — the “winners” — were followed for five years to answer the question: Do winners repeat?

Of the winning funds from 2010 to 2015, just 16% remained in the top 20% five years later. An almost equal number fell to the second, third, and fourth performance quintiles, while 36% either fell to the bottom quintile or were liquidated/merged. In other words, past winners were more than twice as likely to fall to the bottom in the next period or go out of business altogether than to remain top performers.

Remarkably, such long odds don’t stop investors from trying to outperform the market. Vanguard estimates that 85% of the global equity market — and more than 95% of the global bond market — is still actively managed in an attempt to beat itself.

Two related reasons may help explain why, in the face of such overwhelming evidence, investors continue to pursue beat-the-market strategies:

What if, instead of trying to beat the market, investors focused on outperforming other investors by earning investing’s equivalent to par?

Index funds, those baskets of hundreds if not thousands of securities, shoot par every single day. By holding most, if not all, of the securities in any market segment, index funds aim to reliably deliver the average return of those markets — no more, no less.

Consider three Vanguard index funds — one each for US, international, and emerging market stocks — that are some of the lowest-cost index funds on the market today.

As the graphic below shows, over the past 10 years, these index funds have generally delivered returns in line with their respective market benchmarks and outperformed their actively managed peers.

Critics of indexing may argue that “average” in investing equals mediocrity. But in a market where most investors underperform, indexing isn’t average at all. It’s like par in golf, and not many investors consistently beat that.

So, if you tune into this year’s US Open Golf Championship, pay close attention to who triumphantly raises his arms after the final putt, and also to how many of golf’s elite manage to break par.

While it’s certain a new champion will emerge to lift the trophy, a final score of par will undoubtedly beat a majority of the field.

When it comes to long-term investing, par wins. 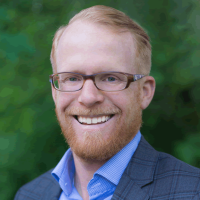 13 thoughts on “Beat the Field by Shooting Par”