Governments are central to the development of financial services, but there is a fine line between involvement and market distortion.

The Singapore government, for example, is taking an active role in funding new technology. It has allocated SGD $225 million (USD $166 million) to the Financial Sector Technology & Innovation (FSTI) program which is aimed at funding accelerators and other industry-wide projects.

Such initiatives can create both new technologies and new jobs. They can also introduce conflicts. Consumers may perceive such government-sponsored projects as enjoying implicit official backing. Private enterprises without government associations, however, may be viewed less favorably.

During the Start Fintech Conference 2017, Stanley Yong, head of innovation acceleration for the Monetary Authority of Singapore (MAS), said, “The role of the government shouldn’t be to distort the marketplace. . . . Whenever we do fund financial institutions or start-ups, it should be for the public good.”

Acting individually, banks would create fragmented, redundant technologies if the government didn’t take a coordinating role, according to Yong. “You would see software patents, you would see IP wars. You’ll see people trying to commercialize technology,” he said.

In addition to resource support, governmental regulatory attitudes are important. In 2016, the Hong Kong Monetary Authority (HKMA) and the Securities and Futures Commission (SFC) began exploring regulation of the fintech industry in Hong Kong. Speaking at the conference, John Tsang Chun-wah, former financial secretary of Hong Kong, said, “It was very important that we find a proper interface between innovation and the regulators.” Excessive control stalls progress, not enough increases the risks.

When “grandmas” lose money, Tsang remarked, they will take their frustrations public. “That creates a lot of political implications. And some of the legislators would very quickly pick up on that.”

Aaron Siwoku, founder and CEO of Toast, a peer-to-peer (P2P) money transfer app, has regulatory experience in both Hong Kong and Singapore. Obtaining regulatory approval in Singapore was onerous, Siwoku said, requiring 15 months, but it proved more valuable in the long term.

In contrast, Hong Kong approval was fairly straightforward. Discussing this in his conference session, Siwoku said, “If you are not a bankrupt and you don’t have a criminal record, you can pretty much get this license in about eight to 12 weeks.”

Although more cumbersome, Siwoku came to appreciate stringent regulations when seeking funding. Singapore banks trusted the government’s due diligence process and approved Toast. In Hong Kong, however, Siwoku said the banks quickly dismissed him. “They saw it as a massive anti-money laundering and know-your-customer risk because ultimately it’s not regulated in the right way,” he said.

One confounding issue fintech companies frequently encounter is regulatory ambiguity due to outdated directives being forced to fit new technologies. Many jurisdictions, for example, are grappling with how to regulate blockchain-based companies.

Japan-based Alpaca offers clients automated, deep-learning forex trading solutions. The company markets itself as a technology platform and a service provider. Regulators have a different view. “It has not been very easy to explain to the regulators, so we eventually had to get the investment advisory license,” said co-founder and CEO Tsuyoshi Yokokawa in his conference session.

Financial technologies have benefits, but there are unintended consequences.

In August, Ant Financial, which manages a mobile payment platform in China, introduced “cashless week” to encourage the use of digital payments. Concerned that stores would reject cash, China’s central bank, the People’s Bank of China (PBC), issued an internal memo, tempering the event. The notice stated that “Some of the promotion themes and actions have interfered with the normal currency flow of the yuan.”

Fintech is forcing official policy makers to weigh the interests of consumers and corporations, while balancing the need for innovation and protection, in rewriting government rules and operating methods. 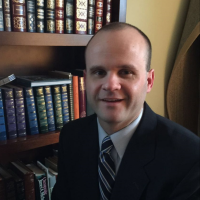