What can artificial intelligence (AI) do for the investment management industry? What can’t it do?

As the asset management industry grows increasingly competitive, specialization is the key to survival for most investment firms.

Finance is first and foremost a social science. By understanding the behavior of other market participants as well as their own, financial professionals can optimize their investments.

This behavioral awareness is a rather recent phenomenon and IT-based decision support systems are helping to optimize it.

AI is a special case, however. Through deep learning, AI has the potential to advance beyond a support system and become “autonomous intelligence.” The primacy of the human investment decision maker has thus been called into question.

Currently, AI is a long way from fulfilling the futuristic scenarios of its proponents. So, how far can AI capabilities advance? Clare Flynn Levy, founder and CEO of Essentia Analytics, recommends consulting a framework developed by PwC’s Anand Rao. According to Rao, AI exists on a spectrum ranging from assisted to autonomous intelligence:

Of course, AI has a number of potential drawbacks.

Mark Zuckerberg and Elon Musk recently escalated their debate about AI endgame scenarios. Musk considers AI a potentially existential threat to the human race, while Zuckerberg believes it can be applied in an inclusive and responsible manner.

AI-related risks to jobs and privacy are significant — as is AI’s potential for weaponization. Musk is not the only one recommending proactive regulation. In early September, Oren Etzioni, CEO of the Allen Institute for Artificial Intelligence, proposed three guidelines for regulating AI derived from Isaac Asimov’s Three Laws of Robotics. Carlos Perez, CEO of Intuition Machine, developed a set of AI rules from legislation on genetic engineering and other fields.

In finance, regulators and policymakers have begun to recognize the critical role they have to play. The comprehensive “IOSCO Research Report on Financial Technologies” briefly touched on AI in the context of assisted intelligence, with a reference to augmented intelligence. The Bank for International Settlements (BIS) reports on an increase in AI-related articles from their central banks. Haruhiko Kuroda, governor of the Bank of Japan, also noted growing AI awareness among policymakers.

Given their antipathy toward unregulated black boxes over the last 15 years, policymakers may set limits on autonomous intelligence. The only other option is self-regulation, an approach that has failed over and over.

The asset management industry has a conservative reputation when it comes to adopting new technologies. In  “PwC’s Global Data and Analytics Survey 2016,” a study of 2,100 senior executives, the sector stood out for its dependence on human judgment in investment decision making.

“Schuller’s Law” asserts that the less personal the variable to be optimized in an investment process, the lower the organizational resistance. So AI applications will likely face pushback.

Still, the industry is exploring assisted intelligence, while slowly shifting toward augmented intelligence. Considering the Zuckerberg-Musk exchange and policymakers’ antipathy towards regulatory gaps, autonomous intelligence may not be technologically possible or regulatory compliant for some time to come.

Hedge fund managers, however, are focused on leveraging AI to the fullest. At the forefront are Man Group, Renaissance Technologies, Two Sigma, and Bridgewater Associates. In their AI systems, humans play a different role, moving to higher value-adding tasks. Some AI systems are already managing investment products to varying degrees, with mixed results. Finance is perhaps AI’s most daunting challenge.

The Primacy of the Human Investment Decision Maker

Because of these impediments to AI implementation, humans will remain primary investment decision makers for the foreseeable future.

Though behavioral economics demonstrates that market participants are not rational, nor are markets efficient, applying a specialized investment practice helps to minimize costs and reduce the behavioral gap to create a competitive edge.

Our thinking process is a full-body exercise, governed by our brain’s limbic system. The limbic system increases our chances of survival by activating our fight-or-flight response. But in ambiguous and complex situations like investing, that run-or-resist reflex can be detrimental, leaving us at constant risk of cognitive dissonances that generate cognitive biases. This creates a gap between market reality and our perception of it. These gap-induced blind spots are problematic.

The following imperatives can be used to increase rationality:

The art of managing assets in an evidence-driven, rules-based investment process depends on managing the heuristics of investment decision makers, which are, in turn, supported by quantitative tools (i.e., AI).

Solution-based thinking that explores the conditions under which our cognitive abilities can be managed is a recent phenomenon. It is especially new for investment decision making in several dimensions:

Using introspection to improve investment decision making through an interplay between choice architecture and empowering the individual allows investors to become more ambiguity tolerant, a key for survival in this competitive environment. 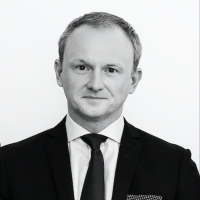 Markus Schuller is the founder and managing partner of Panthera Solutions. As a leading behavioral design company, Panthera optimally configures the investment decision design of professional investment processes to facilitate most evidence-based decision making. As adjunct professor, Schuller teaches such courses as Adaptive Risk Management, Investment Banking, and Asset Allocation for Practitioners at the renowned Master in Finance programs of the EDHEC Business School and the International University of Monaco. Schuller publishes in top academic journals, writes articles for professional journals, and delivers keynotes at international investment conferences. In short, as investment banker, adjunct professor, and author, Schuller looks back at 20 rewarding years of trading, structuring, and managing standard and alternative investment products. Prior to founding Panthera Solutions, he worked in executive roles for a long/short equity hedge fund for which he developed the trading algorithm. Schuller started his career working as an equity trader, derivatives trader, and macro analyst for different banks.