Corporate Bonds after a Spin-Off: Consider the Covenants

Over 1,000 companies, valued at over $1.3 trillion, have been spun off from their parents over the last decade.

Companies resort to spin-offs for a variety of reasons, and while the most common motivation given is to “unlock shareholder value,” that goal can be accomplished in different ways. The marketplace ascribes different values to different businesses, and separating certain assets and fine-tuning their capital structures can enable the component parts to command a combined value greater than if they remained together.

Stable, mature businesses can often support significantly higher debt loads, while companies in their growth stages may require the added flexibility that carrying less debt provides. A firm might spin off an entity to focus on one specific line of business or market segment. Conversely, a company may believe it can create increased value by permitting one or more separated businesses to pursue diversification opportunities.

The new spin-off stock may also be used to fund additional acquisitions, increase market reach, create economies of scale, or incentivize management and employees. A separated company may be more attractive to outside capital. The spin could also be a way to jettison underperforming businesses.

The impetus for the spin may come from current management or from outside shareholders, particularly activist investors.

Whatever their motivations, spin-offs can have a dramatic effect on the performance of the associated corporate bonds, so it is crucial that fixed-income investors conduct the necessary analysis. Of particular importance are the covenants governing each security. These covenants determine whether the extant bonds will remain outstanding, receive a consent payment to permit the spin, or have to be redeemed.

From a covenant perspective, investment grade spin-offs are relatively uncomplicated. The standard investment grade covenant package — negative pledge, limitation on sale/leaseback, and change of control — would not preclude the typical spin-off.

The amount of a permitted payment is usually an equivalent to a builder basket that typically builds quarterly in the amount of 50% of consolidated net income. There is also usually an additional carve-out for a stated maximum amount. If the value of the spin-off is over both of these amounts, it will be prohibited.

If prohibited, the company would have to seek covenant relief from bondholders or redeem the bonds in order to proceed with the spin. Likewise, a spin-off is also considered an asset sale and so has to satisfy this covenant as well.

Generally speaking, the asset sale covenant mandates that the transaction be conducted at fair market value, that a substantial portion of the proceeds be in cash, and that the proceeds be used to either repay certain senior debt at par or purchase replacement assets within a specified time frame.

Three spin-offs over the last decade demonstrate these covenant dynamics and how critical it is that bondholders understand them in the event of a spin-off.

At the time, the company was in the midst of a multi-year turnaround plan to stem falling revenue and combat brutal competition in its hardware businesses. The firm’s stated objective was to “provide each new company with the independence, focus, financial resources, and flexibility they need to adapt quickly to market and customer dynamics, while generating long-term value for shareholders.”

“The separation into independent publicly traded companies will provide each company with its own, more focused equity currency, and investors with the opportunity to invest in two companies with compelling and unique financial profiles well suited to their respective businesses.”

Pre-spin, the company had approximately $17 billion in long-term debt, primarily unsecured notes. And while at the time, the company said it expected both companies to maintain investment-grade ratings, Moody’s, S&P, and Fitch all put the firm’s credit ratings on negative watch.

The company’s benchmark 4.65s of 9 December 2021 initially widened approximately 30 bps. Ultimately HPQ maintained its investment-grade ratings with only a one-notch downgrade by Moody’s and S&P, to Baa2/BBB.

In September 2015, the new HPE issued approximately $15 billion of bonds across 10 tranches, and concurrently announced its intention to dividend the proceeds up to HPQ in order to tender for up to $8.8 billion of existing HPQ near-maturity bonds. This tender was not driven by covenant concerns, but rather by an effort to right-size the capital structure ahead of finalizing the spin.

In this case, the spin was positive for the short end of the curve. All maturities through 2018 were either tendered for or called using the “make whole” provision at prices significantly above par. The longer maturities, however, did not fare as well. The 2022s traded at a spread of 230 bps in October that widened to over 300 bps by year-end. Likewise, the 2041s eased from an October spread of 325 bps to over 500 bps.

The regional casino and racetrack operator Penn National (PENN) announced the spin-off of its real estate assets from its gaming operations into an REIT — the first-ever REIT composed of gaming assets — in November 2012.

REITs traded — and continue to trade — at a significantly higher multiple than the gaming sector, and PENN believed the market would value the two parts at a combined value greater than the existing entity. The firm was then trading at 7x EV/EBITDA, when triple net lease REITs were at approximately 13x.

At the time, the company had $325 million of senior subordinated notes outstanding as well as an approximately $1.8-billion senior secured credit facility. When these notes were issued in August 2009, they were rated B1/BB- and thus carried standard high-yield covenants that included limits on restricted payments. Again, since a spin-off is effectively a dividend to the company’s shareholders in the form of equity, it must satisfy the restricted payment covenant.

In PENN’s case, the company had to satisfy the larger of a builder basket of 50% of consolidated net income or $100 million. In addition, in order to qualify for REIT status, PENN had to pay out the aggregate amount of earnings and profits accumulated during the years when the company was taxed as a regular C corporation. That was an additional $1.4 billion. This payment would clearly be larger than that allowed under the restricted payment covenant, and since the bonds were not yet callable, PENN was forced to take out the bonds at the “make whole” or optional redemption price of T+50, or $110.10.

When the initial spin announcement was made, the 8.75s were trading as yield to call paper. The first call date was 15 August 2014 at a price of 104.375, and the bonds were trading at well above that, at over $112. Thus while the transaction did not produce any additional performance, since the bonds were called at $110, the covenants provided valuable protection against PENN saddling the operating company with additional leverage in conjunction with the spin-off.

In fact, the new bonds post-spin were issued a B1/B+ rating.

In August 2015, Community Health Systems (CYH), a nationwide owner and operator of acute care hospitals, announced its intention to spin off 38 of these properties along with its hospital management and consulting business. The new company, Quorum Health (QHR), would focus on smaller markets with populations of 50,000 or less.

The stated purpose of the transaction was to allow CYH to pursue growth and acquisitions in larger, more attractive markets and provide both companies with separate management teams and capital structures more in line with their objectives. CYH had also been struggling with relatively weaker operating results from the properties acquired in the Health Management Associates acquisition in 2014.

When CYH made the announcement, it had approximately $7.2 billion of secured credit facilities outstanding, along with $2.6 billion of senior secured and $9.2 billion of senior unsecured notes. The senior secured notes carried a Moody’s rating of Ba2, which was downgraded to Ba3 on 23 May 2016, and an S&P rating of BB, which fell to BB- on 8 August 2016. Moody’s rated the senior unsecured notes B3, which it downgraded to Caa1 on 23 May 2016, while S&P rated them B- before downgrading to CCC+ on 8 August 2016.

QHR came to market in April 2016 with an $880-million senior secured term loan facility, a $100-million senior secured term revolving credit facility, and $400 million of senior notes. Proceeds from these offerings were used to pay a one-time special dividend of $1.2 billion to CYH, which it then used pay down secured bank loan debt, satisfying the asset sale covenant associated with this facility.

Notably, the company did not have to pay down any secured or unsecured bonds because the restricted payment language of both classes of notes specifically allowed for spin-offs.

As the market digested the news that the bonds would remain outstanding, spreads began to widen. When the spin-off was first announced, the senior secured spread was about 315 bps over Treasuries. By the time the downgrades began in May, the spread had widened to approximately 400 bps. Likewise, the unsecureds traded at about +385 bps before the spin and widened to a spread of over 800 bps.

The performance of corporate bonds can vary widely during a spin-off, depending on whether the bonds stay with the existing company or travel with the spin-off; how much total debt the new entities carry; and, most importantly, whether the bonds have covenants protecting bondholders.

In the case of investment-grade HPQ bonds, there were no such covenants and the extant near-maturity bonds fared well at the expense of the later maturities. With PENN, bondholders had strong high-yield covenants that forced the company to redeem the bonds at a premium. In CYH’s case, while the company was rated below investment grade, it specifically removed protective language from the covenants to the detriment of bondholders.

So what’s the takeaway? Bondholders must understand these covenants since they can have a tremendous effect on the ultimate performance after a spin-off. 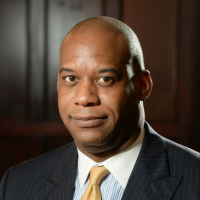 Nathan Grant, CFA, is a fixed income portfolio manager with over 15 years of buy-side experience. His expertise spans numerous asset classes, including both taxable and tax-exempt investment grade and high-yield bonds. Grant holds a BA from Cornell University and also attended Columbia Business School. He is on the board of the CFA Society of Louisiana.