Mr. Market has been in a volatile mood since we last analyzed his mood swings and offered a potential solution based on Fundamental Momentum. Indeed, his volatility ruled the first quarter of 2018. The Fundamental Momentum indicator anticipated this well and provided warning signs as early as mid-February 2018.

But what can we do about Mr. Market’s split personality?

Some sectors are stable and calm while others are jumpy and nervous. The reasons may be fundamental in nature, or they may be due to singular events. The recent Facebook debacle is a prime example. One company’s tribulations affected the whole sector. Even advocates of fundamental analysis must admit that the governing fundamentals for each sector can vary considerably.

The starting point for our solution is Joel Greenblatt’s well-known Magic Formula — arguably one of the main precursors of the smart beta exchange-traded fund (ETF) industry.

The Magic Formula: A Short Review and Analysis

Greenblatt published The Little Book That Beats the Market in 2005. In those days, the nascent smart-beta industry had only $50 billion in assets under management (AUM), far from the nearly $1 trillion it accounts for today.

Greenblatt’s Magic Formula is based on ranking a large universe of about 1,000 companies according to two factors: return on capital (ROC) and earnings yield (EY). The top 20 to 30 companies are kept in a portfolio for one year and then the deck is reshuffled.

That’s simple enough for most investors to understand and execute, and according to Greenblatt, the historical simulation looked great too.

To be sure, there are more details in the Magic Formula method. The key point though is the disciplined quantitative approach: Buy companies based on reported data, not headlines or expectations, and keep them for a defined period.

This, in essence, is the logic behind smart-beta ETFs, which work according to a rulebook, with very little human judgment.

The Magic Formula ranks all companies the same way, no matter which sector they belong to, though Financial and Utilities are explicitly excluded.

We ran some historical simulations with a Magic Formula-like strategy, excluding the Financial and Utilities sectors, and graded a universe of US companies, with market caps of $1 billion and above, based on ROC and PE only. We picked the top 30 stocks and weighted them equally and rebalanced quarterly.

Though the principles are similar, there are some differences between the way we simulated the strategy and the way it is done in Greenblatt’s book. So our analysis is not analogous to pure Magic Formula results.

Our results from 2008 to 2017 outperformed the S&P 500. However, the last five years presented a different picture.

There are many potential reasons for the underperformance in the last five bullish years. We believe much of it is due to the exclusion of the Financial sector’s yield of 131% vs. the S&P 500 TR’s 108%.

Additionally, the dominant Tech sector yielded 158%, as measured by the S&P Tech TR, but the companies that drove this overperformance rarely obey the Magic Formula factors.

So how do the Magic Formula factors behave in different sectors? We ran simulations for the same Magic Formula-like strategy in two distinct sectors, with 20 stocks per portfolio. The picture became muddier.

There is a huge difference in how the same factors work on the Industrial and Cyclical sectors. So it makes sense to use a set of tailored factors that characterize each sector.

With the right combination of multi-factors, we significantly improved the alpha for the Cyclical sector.

The Tech sector poses a special challenge since its performance is tied closely to growth factors, which are distinctly lacking from the Magic Formula.

By using growth factors for ranking, such as PEG, and looking at profit margins, we matched and overperformed the benchmark.

We sought to prove that a systematic fundamental quantitative approach works well. The strategy has to be fine-tuned and specifically tailored for each sector.

Mr. Market has a split personality when it comes to sectors, and we should treat each personality with the proper method. This can provide consistency, stability, and, above all, overperformance.

There is still an open question which begs an answer: If each sector has its own factors and ranking, how do we decide how much weight each sector should be given?

That is a question for the next article in this series. 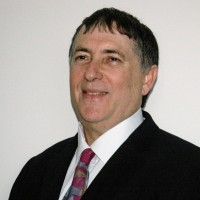