For some time now, the idea that the stock market is rigged has taken hold among the general public, certain politicians, and even many professional investors. The debate that greeted Michael Lewis’s 2014 book Flash Boys, which focused on the rise of high-frequency trading (HFT), was symptomatic of a prevalent underlying sentiment that the markets have evolved in ways that few understand. The very idea of the stock market being located in a building in downtown Manhattan or London where a select group of initiates effect trades via hand signals and notes seems quaint, if not archaic, today. Lewis told an engrossing story complete with heroes and villains, but he left open important questions of how markets came to be digitized and the social implications of that transformation.

That story, as Juan Pablo Pardo-Guerra demonstrates in Automating Finance: Infrastructures, Engineers, and the Making of Electronic Markets, is far more nuanced than Flash Boys would lead us to believe.

Contrary to Lewis, Pardo-Guerra, an assistant professor of sociology at the University of San Diego, endeavors to tell a story in which individual personalities play a partial role at best. There are no heroes or villains in Automating Finance, only an array of forces conspiring more or less unwittingly to transform the exchanges from almost familial clubs into digital marketplaces. This story is much harder to tell than Lewis’s, and at times the challenge of justifying certain sociological approaches and terms seems to overwhelm a wealth of historical detail that will likely be more cogent to investment practitioners. The historical detail is indeed invaluable, because it provides rich context for conversations about how markets have evolved and what their current structure may say about society more broadly.

Pardo-Guerra organizes his argument around the development of the London Stock Exchange (LSE). An extended appraisal of the early history of the exchange emphasizes how the market, far from just an abstract and anonymous arena of trade, was a physical place where the relationships among participants were carefully organized. Indeed, the physical location of the LSE was referred to as the “House,” evoking a space in which relationships between people are intimate and significant. Pardo-Guerra uses the term “kinship” to describe the sort of bonds members of the exchange shared and goes so far as to describe the floor as a “moral technology.” In the House, market participants were known to one another and expected to abide by certain cultural and ethical codes.

The opening chapters set the stage for tracing a transfer of primacy from the floor to the data centers, a shift that we can understand in the American context as the migration of the New York Stock Exchange’s trading activity from Wall Street to data centers in Mahwah, New Jersey. Staying with the example of the LSE, Pardo-Guerra shows how technologists who initially inhabited the periphery of the exchange’s organizational structure slowly inched toward the center, innovation by innovation. There was no top-down grand scheme to make markets more automated and impersonal. We follow the development of an alphabet soup of acronyms describing various technologies for disseminating market information — from MPDS to EPIC to TOPIC, among others — until we arrive at the introduction in 1984 of SEAQ (Stock Exchange Automated Quotations), which finally “voided the floor’s informational primacy.” Although certain characters make appearances along the way as the progenitors and advocates of these technologies, in Pardo-Guerra’s approach, they play a secondary role while the innovations themselves stand front and center.

The remainder of the book includes more-extended analysis of the social implications of market infrastructure. Befitting of a book as respectful of its complicated subject matter as Automating Finance, the conclusions will not grab any headlines. We do not land on a stirring defense or loud condemnation of the ways in which markets have become utterly beholden to technology. What we do come away with is an appreciation for the challenge of assigning cause and effect in the development of financial innovations, combined with a sense of how important it is that we nonetheless think through the social ramifications of those innovations.

To put it another way, the complex history of market automation in no way absolves us from stepping back from time to time to ask whether the market we have is indeed the market we want. 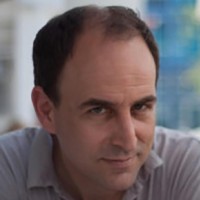