“Perhaps no giants inhabited the earth during baseball’s early days, but the best then soared so far above the norm that their numbers seemed truly heroic and otherworldly, while our current champions cannot rise nearly so far above the vastly improved average.” — Stephen Jay Gould

Boston Red Sox great Ted Williams was the last Major League Baseball (MLB) player to break the .400 barrier, a feat he accomplished back in 1941. With a batting average of .406, he got a hit in more than 40% of his at bats that season. Among many baseball fans, Williams’s achievement has come to represent a bygone era of America’s pastime, a golden age when players cared more about the game and their craft than their celebrity or their paycheck.

Why has there been such a long drought of .400 hitters? The late paleontologist and evolutionary biologist Stephen Jay Gould explored that question in Full House: The Spread of Excellence from Plato to Darwin. He begins by recognizing that batting average is not an absolute statistic but rather a relative one, hitter vs. pitcher. Using statistical analysis and intuition, he concludes that the hitters of today are not inferior to those from the time of the great .400 hitters. In fact, he posits that modern players are better on average than their predecessors. The disappearance of the .400 hitter is a byproduct of more efficient “play” in the system.

Investing is also largely a relative endeavor, pitting buyers vs. sellers. Such legendary investors as John Templeton, John B. Neff, CFA, and Peter Lynch built track records of consistent alpha, or outperformance, and are the investing world’s equivalent of the .400 hitters of their day.

Today, however, the “star” fund managers are much harder to find. Warren Buffett comes to mind but even Berkshire Hathaway’s stock performance has trailed the S&P 500 over the last 15 years. Could Gould’s explanation of the apparent extinction of the .400 hitter also apply to the disappearance of the once-famed star investment manager?

“I have proposed that .400 hitting be reconceptualized as an inextricable segment in a full house of variation — as the right tail of the bell curve of batting averages — and not as a self-contained entity whose disappearance must record the degeneration of batting in some form or other. In this different model and picture, .400 hitting disappears as a consequence of shrinking variation around a stable mean batting average. The shrinkage is so exceptionless, so apparently lawlike in its regularity, that we must be discerning something general about the behavior of systems through time.”

His thesis is premised on two central arguments:

Gould describes the rationale behind his first argument as follows:

“[D]edicated performers are constantly watching, thinking, and struggling for ways to twiddle or manipulate the system in order to gain a legitimate edge (new techniques for hitting a curve, for gobbling up a ground ball, for gyrating in a windup to fool the batter). Word spreads, and these minor discoveries begin to pervade the system. The net result through time must inevitably encourage an ever-closer approach to optimal performance in all aspects of play.”

He goes on to state:

“[D]escribing a general property of systems composed of individual units competing with one another under stable rules and for prizes of victory, individual players struggle to find means for improvement — up to limits imposed by balances of competition and mechanical properties of materials- and their discoveries accumulate within the system, leading to general gains toward an optimum. As the system nears this narrow pinnacle, variation must decrease — for only the very best can now enter, while their predecessors have slowly, by trial and error, discovered better procedures that now cannot be substantially improved. When someone discovers a truly superior way, everyone else copies and variation diminishes.”

These principles have investment world parallels and may help explain why star fund managers seem to have become so rare. Professional investors are always looking for a legitimate edge, retooling prior investment methods or discovering more robust investment frameworks. Factor investing, whether for size, growth, value, etc., for example, has become ubiquitous in the investment universe. As factor investing comes to pervade the system, the alpha generated by such approaches deteriorates.

Research Affiliates studied eight different factors and showed that on average the annualized return decreased by 3.3% after publication. Once these small sources of alpha are revealed, other investors copy them and the market effectively dulls the edge out of existence.

One key feature of Gould’s thesis on the the decline of the .400 hitter is that the variation among batting averages has contracted over time. The average top and bottom five have converged towards the mean. Remarkably, that mean has stayed stable, at around .260ish. This suggests a system reaching peak performance, where the gap between the best and worst has shrunk.

Since 2003, average tracking error has a downward sloping bent. The dispersion of returns around the S&P 500 over time has decreased. This could mean that large-cap managers are increasingly managing to an index, or closet indexing. Or, per Gould’s argument, the system is becoming more efficient and the relative performance of managers skewing more and more towards the mean.

My suspicion is that declining tracking error is a function of both these phenomena.

Gould’s second argument also has some relevance to active management. He observes:

Though the execution and practices have changed, investing itself is a mature field. The internet, platform accessibility, and reduced costs have leveled the playing field and lowered the barrier to entry for competitors from around the world. This larger pool of players builds upon previous generations of investment methods and philosophies, with each participant becoming more informed and efficient in their trading methods.

Gould’s overarching premise is that systems with rules, stability, and maturity tend to equilibrate. This leads to less variation among participants. Applied to investing, this framework helps explain why “star” fund managers seem so rare. Active managers today are no worse or less talented than in the past. In fact, they are more talented, informed, and equipped.

So there are still star fund managers. And there will continue to be. There are just too many of them. And that makes sources of alpha harder and harder to find.

Past performance is not a guarantee of future results. Information presented herein is for discussion and illustrative purposes only and is not a recommendation or an offer or solicitation to buy or sell any securities. Views expressed are as of 02/11/2020, based on the information available at that time, and may change based on market and other conditions. Although certain information has been obtained from sources believed to be reliable, we do not guarantee its accuracy, completeness or fairness. We have relied upon and assumed without independent verification, the accuracy and completeness of all information available from public sources. 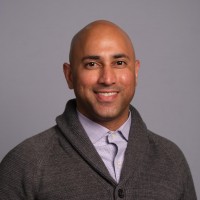 Krisna Patel, CFA, is owner/operator of The UnBiased Advisor located in Broomfield, Colorado. He has spent over 19 years in the financial planning field, after graduating from Indiana University with a degree in public finance. Along with his current financial planning practice, he periodically blogs about financial topics at www.theunbiasedadvisor.net. In his free time, he coaches a group physical fitness class and loves to travel with the family. He is actively involved in community boards, and previously sat on the CFA Society of Indianapolis board of directors.