A key trend in the options markets over the last 20 years is the decline in trading commissions. In the early aughts, many brokerage groups charged $10 a trade. That fell to $5 a trade in the 2010s, and today Robinhood and other platforms offer commission-free options trading.

But while options trading’s explicit costs have plummeted to near zero, what about the implied transaction costs? We explored this question by examining how the average bid–ask spread in the options markets has changed over time.

We selected 20 firms that have traded in the options markets since 2000, among them such companies as J&J, Amazon, Goldman Sachs, AT&T, and P&G, and then tracked each firm over time and compared how their average bid–ask spread, on a percentage basis, shifted between 2000 and 2020.

To control for other factors like open interest, volume, and nominal price, we conducted a matched procedure that averaged out the bid–ask spreads of the four option types — in-the-money calls and puts and out-of-the-money calls and puts — for the 20 firms in question and only included results for those options that had less than 10% variation in their open interest / volume / nominal price.

We found that bid–ask spreads have decreased across both puts and calls. But the transaction costs of in-the-money options — those in which the strike price is lower than the stock’s market price — have fallen more than those of their out-of-the-money counterparts.

This demonstrates how market makers still charge options buyers significant fees. In particular, market makers continue to extract considerable implied fees from investors, especially those placing bets on tail-risk events, that is, those that are buying way out-of-the-money options.

Finally, to put this in the context of the equity markets, stocks currently have a bid–ask spread somewhere between .01% and .20% depending on the size of the company and its trading volume. So even though bid–ask spreads have declined in the options markets, they are still far higher than their equity market equivalents. 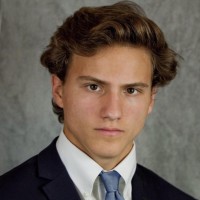 Marco Favro is a sophomore at George Mason University studying for a bachelor of science in finance. He is interested in financial markets and information related to trading and wealth management. He plans to pursue opportunities in investment banking after finishing his studies. 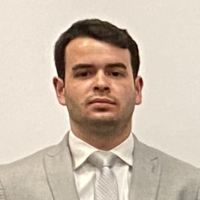