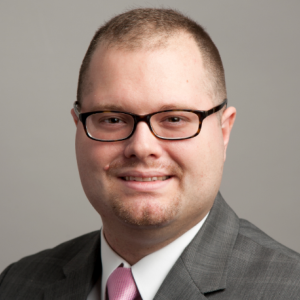 Thomas Brigandi, CFA, is a vice president in the global investor management team at a credit rating agency (CRA), where he is responsible for building and maintaining a network of senior level institutional investor relationships. Prior to this role, Brigandi served for nearly a decade in the global project and infrastructure finance group at a CRA, where he was a lead analyst responsible for a portfolio of 34 power, toll-road, airport, port, water, wastewater, natural gas pipeline, and project finance credits that collectively had over $15 billion of debt outstanding. Brigandi also served on a CRA's public pension steering committee, ESG Americas working group, and veteran recruiting sub-committee. Brigandi previously worked at the ~$200bn NYC Pension Fund, where he focused on energy and natural resources and reported directly to the chief investment officer. Brigandi is vice chair of the board of directors of CFA Society New York (CFANY), the largest CFA Institute Society globally. Brigandi, the CFA Institute Inaugural Global Outstanding Young Leader and CFA Institute 2021 Americas Volunteer of the Year, has organized over 90 CFA society conferences globally that were attended in-person by over 16,000 investment professionals, in addition to over 35 virtual conferences that reached many thousands of participants. These events featured over 350 senior asset owner and investment consultant speakers who represent organizations that collectively oversee or advise on more than $75 trillion in fiduciary assets, in addition to over 200 senior asset manager speakers who represent firms that collectively manage in excess of $30 trillion in assets. Brigandi, the founder of CFANY’s Asset Owner Series, Global Policymakers Series, Emerging and Frontier Market Series, Putting Beneficiaries First Series, and Global Infrastructure Conference Series, leads a team of over 500 investment professional volunteers globally. While serving as the director of global volunteers of the American Foundation for African Children’s Education, Brigandi organized the NASDAQ Closing Bell Ceremony on 23 September 2011, hosted for the president of Sierra Leone. Brigandi maintains over 14,000 connections ‎on LinkedIn and holds a bachelor's of science in finance, accounting, and Economics from the Macaulay Honors College (MHC) at the City University of New York. Brigandi received the college’s inaugural Alumni Pioneer Award and serves on the MHC Foundation board of directors as treasurer. Finally, Brigandi serves as an advisory board member of the Singapore Economic Forum.

What role do asset owners have to play in environmental, social, and governance (ESG) investing?

If there were any doubt as to ESG's efficacy in portfolio management, recent efforts by some of the world's largest asset owners may finally put the question to rest.

There's never been a better time to be an end investor. Thomas Brigandi and Sloane Ortel explore the seven kinds of asset owner organizations that are shaping the market.