By Thomas Brigandi, CFA and Sloane Ortel
Posted In: Drivers of Value, Economics

Say whatever you want about the world, but there’s never been a better time to be an end investor.

Asset owners are the largest of those clients. Though they are frequently lumped together as “institutional investors,” they can be as different from each other as any two individuals. The only characteristic they reliably share is size, which means their goals shape the market.

But what exactly are those goals? What do these organizations want? Environmental, social, and governance (ESG) criteria, for example, have become a key focal point.

Thomas Brigandi, CFA, and his team of more than 400 volunteers began organizing the Asset Owner Series at CFA Society New York in 2015 with these questions at heart. Since then, they have hosted discussions among senior investors representing over $38 trillion in assets under management (AUM) or advisory (AUA). These candid, off-the-record conversations are open only to investment professionals. They will be increasingly available to CFA Institute members globally at little to no cost, but only in person.

Institutional investors are characterized as “big fish” and “smart money,” but what else are they? Though Asset Owner Series commentary is not for attribution, the perspectives offered in these forums have removed some of the mystery surrounding these institutions, particularly the seven major types of asset owners and the motivations that are driving them.

Here are these “big fish” in roughly descending order of their AUM:

Pension funds are the largest asset owners, with $36.4 trillion in AUM in 2016, according to Willis Towers Watson’s “2017 Global Pension Asset Study.” They fall into four primary categories:

Pensions tend to be conservative and often rely on liability-driven investment strategies to ensure that funds will be available to pay benefits when they are due. Some have raised concerns that these funds will not be able to fulfill their responsibilities.

Insurance companies tend to invest the premiums they are paid in order to boost their earnings. Globally, insurance company assets totaled about $23 trillion in 2015, according to the most recent insurance indicators asset data from the OECD.

The liabilities assumed by insurers can vary considerably in their predictability and timeframe, which leads to significant divergence in how the portfolios created to offset them are managed. Differences in regulation, product mix, and competition will play a role in the ultimate composition of these portfolios, but we can lay out some high level differences.

The three primary types of general accounts are:

Warren Buffett is perhaps the most widely known investor on the planet and has built his impressive track record in part by shrewdly managing the portfolios of insurance companies.

Sovereign wealth funds (SWFs) are state-owned investment funds whose investable asset base is derived from a country’s reserves and has been set aside for intergenerational savings, reserve management, fiscal stabilization, retirement benefits, or development. Taken together, they manage just over $7.5 trillion in assets.

Most SWF funding comes from budget and trade surpluses or revenue generated from the exports of natural resources. They are generally not liability-driven investors, and as such, can adopt a long time horizon in their investment activities. Some funds have pursued innovative strategies to exploit the “huge advantage” their unique nature affords them, while others have fallen prey to political pressures and underperformed.

The roughly $900-billion China Investment Corporation is one of the largest sovereign wealth funds, and also provides an interesting case study on the mechanics of operating such a fund.

A detailed case study can be found in Multi Asset Strategies: The Future of Investment Management, edited by my colleague. Larry Cao, CFA. The sixth chapter details the evolution of the Government of Singapore Investment Corporation. The closely watched fund does not reveal its AUM, but the US State Department estimated they were in excess of $300 billion in 2017.

Hiring one of these firms can “present significant advantages for a small fund,” as they bring significant expertise in investment management and manager selection, according to Jeffrey V. Bailey, CFA, and Thomas M. Richards, CFA, in their primer for investment trustees. Though they also warn that the model comes with drawbacks, most notably that “the natural checks and balances of standard solutions” are somewhat lacking.

A single family office (SFO) is a private company that manages investments and trusts for one family. The number of family offices in the United States has grown to more than 3,000 with total AUM between $1 trillion and $1.2 trillion, according to Capgemini’s “Global State of Family Offices Report.” These organizations can cost more than $1 million a year to operate and thus are mostly used by the wealthiest of the wealthy.

The SFO’s sole function is to centralize the management of a family fortune. SFO staff manage investments, taxes, philanthropic activities, trusts, and legal matters. SFOs are privately owned by high-net-worth families, so not much information on them is available to the public. Prominent SFOs include Willett Advisors, which invests the personal and philanthropic assets of Michael Bloomberg; the Heinz Family Office; and SAFO (Shari Arison Family Office) Investment Company.

Endowments and foundations (E&Fs) are large pools of money that benefit a specific charitable cause. Endowments tend to serve educational institutions while foundations write grants for a wide range of causes.

In the United States, 805 college and university endowments and affiliated foundations collectively had over $515 billion in endowment assets, according to the 2016 NACUBO-Commonfund Study of Endowments. A further $865 billion is held by foundations, according to the Foundation Center’s database. E&Fs pay out on average 4%–5% of AUM each year to their specific cause.

No asset owner has a longer time horizon or is able to assume greater risk. E&Fs have a perpetual life and no defined liability stream, which led to the evolution of the alternatives-heavy “Endowment Model” popularized by Yale University’s David Swensen. David Chambers and Elroy Dimson explored the origins and evolution of this model in a recent article for the CFA Institute Financial Analysts Journal®. The Bill & Melinda Gates Foundation is the world’s largest foundation, while Harvard University has the largest endowment.

There are an estimated 150 multi-family offices (MFOs) in the United States with about $400 to $450 billion in AUM, according to Capgemini’s “Global State of Family Offices Report.” They provide a range of services similar to an SFO, but work with more than one family group. These services are available to wealthy clients with as “little” as $20 million in investable assets.

A MFO typically offers comprehensive investment solutions to affluent individuals and families, with some also handling other financial matters, including budgeting, insurance, wealth transfer, and tax services. Some notable MFOs are Bessemer Trust and Rockefeller & Co.

Many aspects of the investment landscape are set to change, but these asset owners are likely to remain at the center of the market for many years to come. So if you still have questions, Owen Concannon, CFA’s exploration of the asset management industry may be the next place to look.

There’s no substitute for primary sources, though, so we hope you’ll come meet us in person at your local CFA Society to find out why. 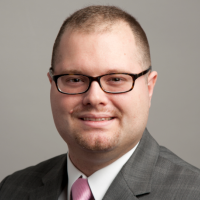 Thomas Brigandi, CFA, is a vice president in the global investor management team at a credit rating agency (CRA), where he is responsible for building and maintaining a network of senior level institutional investor relationships. Prior to this role, Brigandi served for nearly a decade in the global project and infrastructure finance group at a CRA, where he was a lead analyst responsible for a portfolio of 34 power, toll-road, airport, port, water, wastewater, natural gas pipeline, and project finance credits that collectively had over $15 billion of debt outstanding. Brigandi also served on a CRA's public pension steering committee, ESG Americas working group, and veteran recruiting sub-committee. Brigandi previously worked at the ~$200bn NYC Pension Fund, where he focused on energy and natural resources and reported directly to the chief investment officer. Brigandi is vice chair of the board of directors of CFA Society New York (CFANY), the largest CFA Institute Society globally. Brigandi, the CFA Institute Inaugural Global Outstanding Young Leader and CFA Institute 2021 Americas Volunteer of the Year, has organized over 90 CFA society conferences globally that were attended in-person by over 16,000 investment professionals, in addition to over 35 virtual conferences that reached many thousands of participants. These events featured over 350 senior asset owner and investment consultant speakers who represent organizations that collectively oversee or advise on more than $75 trillion in fiduciary assets, in addition to over 200 senior asset manager speakers who represent firms that collectively manage in excess of $30 trillion in assets. Brigandi, the founder of CFANY’s Asset Owner Series, Global Policymakers Series, Emerging and Frontier Market Series, Putting Beneficiaries First Series, and Global Infrastructure Conference Series, leads a team of over 500 investment professional volunteers globally. While serving as the director of global volunteers of the American Foundation for African Children’s Education, Brigandi organized the NASDAQ Closing Bell Ceremony on 23 September 2011, hosted for the president of Sierra Leone. Brigandi maintains over 14,000 connections ‎on LinkedIn and holds a bachelor's of science in finance, accounting, and Economics from the Macaulay Honors College (MHC) at the City University of New York. Brigandi received the college’s inaugural Alumni Pioneer Award and serves on the MHC Foundation board of directors as treasurer. Finally, Brigandi serves as an advisory board member of the Singapore Economic Forum.

5 thoughts on “The Seven Kinds of Asset Owner Institutions”