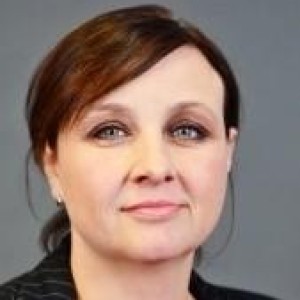 While a federal appeals court recently rebuffed a judge’s ruling to toss out a controversial fraud settlement with Citigroup, it has reignited a debate over the SEC’s settlement authority.

Eurobonds: A Way out of the Sovereign Debt Crisis?
By Crystal Detamore

Agnès Le Thiec, CFA, reflects on the results of the CFA Institute member poll on Eurobonds, including the optimal structure and necessary pre-conditions that would appeal to investors.

While the Dodd-Frank industry overhaul remains largely stalled in the U.S., Europe’s financial services sector continues to steam ahead with a wide range of regulatory reforms that will significantly reshape the competitive landscape for European asset managers. None is more important than the review of the Markets in Financial Instruments Directive, or MiFID II.

Credit Rating Agencies and Their Credibility Problem
By Crystal Detamore

When the dust cleared after the worldwide financial crisis, credit rating agencies (CRAs) emerged in some quarters as Public Enemy No. 1 for masking the risk of mortgage-related securities leading up to meltdown. Although we’re concerned that selective… READ MORE ›

Piling on Against Dodd-Frank
By Crystal Detamore

As reported by Jean Eaglesham in the Wall Street Journal, the fight over Dodd-Frank is shifting to the courts as business groups weigh lawsuits aimed at blocking parts of the sweeping financial reform… READ MORE ›

What Lies ahead for Derivatives Reform?
By Crystal Detamore

One year after Congress ordered a crackdown on the opaque derivatives market as part of the sweeping Dodd-Frank Act, the road to reform has been a bumpy one.
From protests from the banking industry, special interest… READ MORE ›

Reaching out on Regulatory Reform
By Crystal Detamore

The Dodd-Frank Act was one of the most ambitious pieces of financial services legislation ever enacted.  And nearly one year later, the landmark legislation is plagued by setbacks.  On the one hand, these setbacks delay rules… READ MORE ›

Still Too Big to Fail?
By Crystal Detamore

HBO recently broadcast “Too Big to Fail,” the film adaptation of New York Times writer Andrew Ross Sorkin’s book of the same name. It’s a gripping recount of the 2008 meltdown — from the collapse of Bear… READ MORE ›

Preparing CD&A for “Say on Pay”
By Crystal Detamore

Just in time for the 2011 proxy season — and the Dodd-Frank mandated “say-on-pay” rules — CFA Institute has released the Compensation Discussion and Analysis Template (PDF). Based on input from issuer and… READ MORE ›

Secret Society: Business as Usual for Derivatives
By Crystal Detamore

When the near-collapse of the global financial system in 2008 led to widespread calls for regulatory reform, much of the outcry was over derivatives—a major culprit in the worst financial crisis since the Great Depression…. READ MORE ›