Unless you’ve been living under a rock, you’ve probably heard about the alleged Walmart bribery scandal that revolves around the Foreign Corrupt Practices Act (FCPA). While the details are still forthcoming, the New York Times investigation asserts that Walmart’s leaders decided to ignore their internal lead investigator’s recommendation to expand the investigation, choosing instead to shut it down and not disclose it to American or Mexican law enforcement officials. Fortune asserts that while no top executive of a major U.S. company has ever been charged in connection with FCPA, “Walmart’s CEO Michael Duke could be the first,” reporting that, in addition to an SEC investigation, the Department of Justice may also be in process of conducting a criminal probe into the matter. While FCPA makes foreign bribery punishable in the United States, there was a loophole until the passage of Sarbanes Oxley in 2002 whereby neither companies nor their officials were required to report misdeeds, even after they became aware of them. This certainly seems like yet another example of lack of transparency and leadership courage at the core of a multinational company.

Looking to Europe, Nicolas Sarkozy is “battling for his political survival, having become the first incumbent French president to trail in second place after the first round of voting.” We recently asked our Financial NewsBrief readership which French candidate they view as better for restoring economic and budgetary health. The response? In contrast to the voting French public, over three-fourths of readers were in favor of Sarkozy. In a Foreign Policy article, James Poulos posits five reasons Europe may rue the loss of the current French president. Regardless of the outcome, the election raises an important question: What will the growing political divide in France mean not only for France but for Europe and beyond? No doubt many European policymakers will be pondering this question heading into France’s second-round vote on Sunday.

Here are some other must-reads on leadership and communication skills that you may have missed in April: 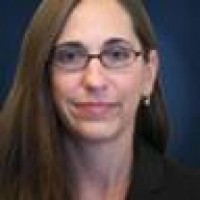