Against Quantitative Easing by the European Central Bank

The following guest editorial was published in the July/August 2012 issue of the Financial Analysts Journal.

To help resolve the ongoing European sovereign debt crisis, some observers have suggested that the European Central Bank (ECB) expand its role as lender of last resort from the Continent’s financial institutions to its governments, by significantly increasing purchases of European sovereign debt. The ECB has thus far resisted any pressure to do so; indeed, it is precluded by charter from directly financing governments. Instead, in December 2011 and again in February 2012, the ECB injected large amounts of reserves into the European banking system for three-year terms at a rate of 1%, intending for the banks to use those funds, in large part, to buy short-term debt issued by European governments at higher yields. These transactions, dubbed longer-term refinancing operations (LTROs), are substantively different from outright debt purchases. LTROs are loans whereby securities are used as collateral that is returned by the lender (the ECB) to the borrowers (the banks) at the end of a defined term. In the case of an outright purchase of securities, ownership is permanently transferred from the sellers (market participants) to the buyer (the ECB). Nonetheless, in the short term, the LTROs achieved essentially the same result as outright debt purchases might have — namely, an easing of credit market conditions. In the weeks that followed the first LTRO, market-based risk measures of many European sovereign issuers improved noticeably. Although the LTROs helped banks and sovereigns deal with potential short-term liquidity issues, they were not intended to be a long-term fix. Indeed, although short-term government-bond yields in such countries as Italy and Spain declined dramatically in the weeks following the first LTRO, long-term yields actually increased slightly. By April 2012, many observers interpreted an increase in European government yields across the maturity spectrum as an indication that even the short-term effect of the LTROs had begun to wear off.

The crisis is by no means over, and pressure on the ECB to step up its debt purchases may well resurface. Buying large quantities of government debt would presumably mirror how the Federal Reserve and the Bank of England have responded to the global financial crisis. In the United States, for example, the Fed significantly increased its purchases of U.S. Treasury securities, a strategy known as quantitative easing. But there are numerous reasons why it would be inappropriate for the ECB to engage in such a strategy.

A typical method of evaluating quantitative easing is to gauge its effect on a range of financial market metrics, especially bond yields and credit spreads. But instead of addressing the potential near-term efficacy of purchasing large quantities of European government debt, I will argue that such actions are inappropriate for the ECB as a matter of principle.

A standard critique of the use of quantitative easing — not only by the ECB but by any central bank — is its long-term potential for inflation. By purchasing assets, a central bank injects reserves into the banking system. Once an economy begins the process of recovery and expansion, these added reserves will need to be withdrawn to prevent, as the textbook definition of inflation puts it, an excess amount of money chasing a limited amount of goods. Even in the United States, whether quantitative easing by the Fed will eventually lead to inflation is an issue of debate among economists. The Fed claims that it has tools at its disposal to unload its securities holdings or to otherwise prevent the onset of inflation once the crisis abates. But the very fact that this remains an issue of debate among economists suggests that whether quantitative easing will eventually lead to inflation is likely to remain an open question until after the crisis will have ended and U.S. monetary policy will have begun to normalize.

There are additional reasons why large, outright purchases of government debt are particularly inappropriate for the ECB. First, there is an important substantive difference between, on the one hand, quantitative easing as conducted by the Fed and the Bank of England and, on the other hand, large-scale buying of European government debt as has been suggested the ECB do to help resolve the sovereign debt crisis. Virtually all market participants continue to regard the credit quality of the U.S. Treasury securities bought by the Fed as beyond reproach, notwithstanding the Standard & Poor’s rating downgrade in August 2011. But the clamoring for the ECB to buy more European government debt is not for it to buy debt issued by such top-rated countries as Germany and the Netherlands but, rather, debt issued by precisely those nations whose credit quality is much less certain — for example, the so-called peripheral European countries, such as Italy and Spain. The fact that debt issued by these countries is not generally considered free from credit risk means that its purchase by the ECB amounts to a transfer of credit risk from capital market participants to European taxpayers. No such transfer of credit risk occurs when the Fed buys U.S. Treasury securities. But when a central bank incurs credit risk, it engages in fiscal policy rather than monetary policy.

To be sure, the ECB has long argued that in the event of a European sovereign debt restructuring, its holdings of debt issued by the restructuring sovereign are to be ring-fenced to avoid credit losses. Indeed, in the Greek debt restructuring in March 2012, ECB holdings of Greek government debt escaped the infliction of losses suffered by private sector creditors of Greece. The ECB may have been able to get away with placing itself ahead of other creditors due to its regulatory power over a large number of private sector creditors affected by the Greek debt restructuring. But the ECB’s unique position of power in this regard does not eliminate the credit risk it assumes when it buys risky assets. In the case of Greece, for example, so much debt was held by official entities, none of which wanted to be impaired, that the amount of debt reduction was actually not all that large (estimates in financial press reports on the restructuring range from less than 10% to approximately 25%). Greece’s debt load relative to its GDP remains very high, and many observers foresee the possibility of another Greek debt restructuring within the not-all-that-distant future. It is by no means clear that the ECB will in that case continue to be able to avoid incurring losses on its holdings of Greek government debt. In addition, one could go so far as to argue that precisely because of the ECB’s Greek debt holdings (and, to be sure, those of other official creditors that did not participate in the Greek debt restructuring), Greece was prevented from undergoing debt reduction large enough for market participants to regain confidence in the country’s economic and financial prospects.

Furthermore, the central bank’s traditional function as lender of last resort to the banking system is meant to support banks that are illiquid, not those that are insolvent. Presumably, the ECB would likewise be a lender of last resort to governments that are illiquid—for example, because adverse market conditions prevent them from refinancing upcoming debt maturities, which is a routine procedure under more normal market conditions. The intent is presumably not for the ECB to act as a lender of last resort to governments that are insolvent — that is, governments that are highly unlikely ever to generate sufficient tax revenues or other funds to service their existing debt in full and on time. But this reasoning assumes that the ECB is able to ascertain whether a government is either illiquid or insolvent, which, in practice, is not always clear. Banks can post collateral with the central bank to demonstrate their solvency, but it is much less practical for governments to do so. Furthermore, the ECB’s track record in this regard is less than encouraging. Greece is a clear case where it was apparent to many market participants that the country was effectively insolvent rather than merely illiquid, and yet the ECB continued to buy its debt.

Going into 2012, the refinancing of upcoming sovereign debt maturities was widely considered a key challenge in preventing the crisis from spinning out of control. To the extent that the LTROs were used by banks to buy sovereign debt, the ECB helped resolve this particular aspect of the crisis and limit the contagion of the then pending Greek debt restructuring to other peripheral European countries. But a more permanent solution to the crisis will have to come not from the ECB but from the governments and citizens of its constituent countries. 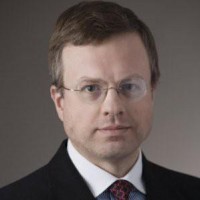