Pushing on a String

Federal Reserve policy has substantial effects that are important for investors to understand, and future policy direction may be different than expected.

Being riskless (by that I mean holding government securities) simply doesn’t pay anymore, and markets are starting to search for return in some odd and, one could argue, very inappropriate places. High-yield bonds are earning less than 6%, prime real estate trades at a cap rate well below 4%, and the S&P 500 Index is reaching fresh new highs while the VIX—a measure of equity volatility—is hitting fresh new lows.

These are all by-products of a monetary policy that has been too loose for too long. The problem arises from the fact that the link between the Fed’s policy and the real economy is limited to the financial sector. Although the Fed controls short-term rates and, with them, the capital markets, its policies permeate the rest of the economy only as a second-order effect. Therefore, the Fed must saturate the financial system with easy money before we can see any meaningful impact on the broader economy. But this protracted overstimulation of the financial sector has given rise to a number of market anomalies.

Short-term rates have long been considered the base rate from which one could price assets of varying risk and make relative value decisions. Yet with rates at historic lows, our pricing mechanisms are producing some funny numbers, and we are starting to see transactions come to market that work only at today’s rates. The bid for yield is distorting pricing, and holding rates down for as long as the Fed has means that bid is only getting stronger and more desperate. A concern is that the Fed has pushed people so far out onto the risk spectrum that some might not find their way back. As a colleague of mine so aptly put it, “It’s the next subprime!” Eventually, rates will rise and the trades minted during this period may very well come under serious pressure.

Having continued to rally in the face of immense political uncertainty and despite a deteriorating growth and earnings outlook, equity markets in particular have shown signs of acute policy dependence. Much of this rally is in anticipation of QE3 (quantitative easing 3), which means if policymakers don’t deliver, we’ll see this house of cards come crashing down.

There is cause to bet against an additional stimulus from the Fed this week, even though most of the market sees it as a done deal. Perhaps it’s wishful thinking, but with last week’s European Central Bank (ECB) action still fresh, the Fed may not want to amplify its effects with another round of QE from this side of the pond. Moreover, committing to QE3 now would mean the Fed has less ammunition to counteract the fiscal cliff later (after all, QE is not without limit). And last but not least, economic conditions simply don’t warrant this kind of extreme action from the Fed. Fed Chairman Ben Bernanke has emphasized time and again that additional QE will be deployed only if economic (or financial) conditions warrant it.

Let’s look at some of Bernanke’s comments from his appearance in Jackson Hole, Wyoming, on 31 August 2012:

At the same time, the costs of nontraditional policies, when considered carefully, appear manageable, implying that we should not rule out the further use of such policies if economic conditions warrant. [emphasis added]

Does that sound like the Fed is ready to step in with more stimulus? The economy is not well, but it’s not that sick either. I can think of only two events that would spur additional Fed action: fiscal retrenchment here in the United States or a meltdown in Europe. But most commentators believe that the arrival of the fiscal cliff will be delayed, making it a late 2013 or [early?] 2014 event, and that the ECB has tempered the European mess with its bond-buying program.

Pushing on a String

The longer the Fed supplies the punch bowl, the harder it will be for the Fed to take it away, and the scale of the Fed’s program will ensure that the stakes are higher—much higher. Moreover, because the Fed has left the juice running since 2008, the potency of Fed policy is waning. People say it’s analogous to “pushing on a string.” The Fed has used every conceivable policy in its toolkit, but ultimately, it’s the markets that are responding, not the economy.

We’ve become too used to having the Fed be our wet nurse. We continue to take what little organic growth there is and amplify it with leverage, but our problems can no longer be solved in this way. We may very well have come to the end of our policy rope, and soon we will learn just how much of this risk rally has been real and how much has been contingent on QE. Moreover, traders often “buy the rumor and sell the fact,” so even if the Fed offers up QE3, we might see a sell-off in risk assets. It seems that the effects of QE3 have already been felt.

As investors, we must recognize that it’s time to get our portfolio houses in order. When you start to see the runts of your portfolio rally more than the bellwethers, it may signal that something is wrong and it’s time to sell. 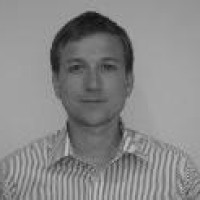 1 thought on “Pushing on a String”