Grand Strategy, whereby all aspects of a nation’s strength — military, economic, political, cultural, and organizational — are combined into an overall, long-term program to advance the nation’s major interests, has important lessons for all leaders of investment management organizations. For long-term success, such leaders need a coherent, integrated combination of an inspiring purpose or mission and superior recruiting and training of investment managers and professional managers who will excel in information technology, trading, risk controls, efficient and effective support operations, business development, customer service, and both research and portfolio management.

Carl von Clausewitz understood the frustrating importance of the multiple uncertainties in his field, just as investors understand the frustrating uncertainties in their field. As he wrote in his great book On War (whence I gathered all my Clausewitz quotes): “War is the realm of uncertainty; three-quarters of the facts on which action in war is based are wrapped in a fog of greater or lesser uncertainty. . . . War is the realm of chance.” And every experienced investor would appreciate the importance he attached to that proposition even though not agreeing to leave out investing, as Clausewitz did when he declared that “no other field has such incessant and varied dealings with this intruder.”

Clausewitz’s observation that “everything is uncertain and calculations have to be made with variable quantities” must sound dreadfully similar to the views now held — 180 years later — by most contemporary investors as they ponder the many variables in each of their investments. Still, although contemporary investors would appreciate his meaning when comparing his wars to their own dynamic world of work, they might differ with Clausewitz on his assertion about war that “no other human activity is so continuously bound up with chance.” But every portfolio manager would say amen to Clausewitz’s statement that “continual change and the need to respond to it compels the commander to carry the whole intellectual apparatus of his knowledge within him. He must always be ready to bring forth the appropriate decision.”

Both portfolio managers and research analysts lament the many unexpected and unpredictable minor factors that can cause disappointment — particularly when their results fall short of their expectations. Similarly, as Clausewitz observed, “Countless minor incidents — the kind one can never foresee — combine to lower the general level of performance, so that one always falls short of the intended goal.”

“Tactics and strategy are two activities that permeate one another in time and space, but are none-the-less essentially different,” said Clausewitz. “Their inherent laws and mutual relationship cannot be understood without a total comprehension of both.” And so it is in portfolio management as macro-investment policy and portfolio strategy intersect with microtactical actions in managing every portfolio all the time.

Clausewitz’s famous dictum that “war is the continuation of [political] policy by other means” can easily be translated by investment professionals into a comparably central proposition: “Investing is the continuation of an investor’s overall financial strategy by other means.” Great investment success depends on understanding each particular investor’s objectives and overall financial situation with respect to resources, income, spending, time horizon, and risk tolerance.

For Clausewitz, as for most professional investors, the role of theory was to help the serious practitioner understand and take advantage of the evidence of history. Clausewitz defined the term genius in the military as a mix of originality and creativity raised to the highest power, which is close to the admiring way we use the term today when describing repeatedly outstanding investors.

“Investing is simple — but not easy,” warns Warren Buffett, and Clausewitz said much the same thing: “Everything in war is very simple, but the simplest thing is difficult.” Clausewitz concluded his description of whether war is more art than science — anticipating today’s running dialogue about art versus science in investing — by saying that the term art of war was more suitable than science of war because success in war so often depends on creativity. Even as quantitative techniques, increasingly efficient markets, and indexing gain stature, active investment managers still make a similar argument in favor of art over science in investing and emphasize the importance of creativity to great investment success.

Reflecting on their own field of endeavor, professional investors would surely agree with Clausewitz as he reflected on his:

War is no pastime; it is no mere joy in daring and winning; no place for irresponsible enthusiasts. It is a serious means to a serious end, and all its colorful resemblances to a game of chance, all the vicissitudes of passion, courage, imagination, and enthusiasm it includes are merely its special characteristics.

Experienced investors always try to separate having the “courage of one’s convictions” from just being stubborn. Similarly, Clausewitz feared the distortion of strong character into simplistic obstinacy:

Obstinacy is a fault of temperament. Stubbornness and intolerance of contradiction result from a special kind of egotism which elevates [itself] above everything else [and] to which others must bow.

“Friction, as we choose to call it,” said Clausewitz, “is the force that makes the apparently easy thing difficult.” The institutional investor with experience in trading might respond, “If I could execute all my orders instantly and without cost, my results would be better too!”

Centuries before Clausewitz developed his strategic concepts, the great Chinese general Sun Tzu memorably declared in The Art of War, his seminal work, “The supreme art of war is to achieve important objectives without fighting.” As Sun Tzu also said, “The skillful commander takes up a position so he cannot be defeated. Thus, a victorious army wins its victories before the battle.” Likewise, today’s best investment strategists deploy their portfolios in ways that will achieve superior long-term results and withstand the severe interim tests of disruptive markets without the need to depend on clever portfolio tactics.

Sun Tzu said, “Skillful warriors first make themselves invincible. Invincibility lies in the defense; the only possibility of victory [lies] in the attack.” Similarly, skillful institutional investors make it a top priority to structure a robust portfolio that can withstand the stresses and strains of contemporary market disruptions.

Investors might see trading as the equivalent of fighting. Both activities involve battling for competitive advantage in the struggle to achieve superiority, but an ideal investment would be held forever with no trading or battle for advantage. As Sun Tzu said, “When those experienced in war move, they make no mistakes. Therefore, I say: Know yourself and know your enemy, and your victory will never be endangered.” Likewise, the best investment managers study to understand themselves — their skills and weaknesses and where they have comparative limits or advantages — their clients’ objectives, and their competitors. In this way, they reduce the costs and distractions of excessive portfolio change or turnover and avoid the mistakes that so often come from reacting to others instead of following one’s own well-conceived strategies.

Avoiding the costs and distractions of fighting specific battles, explained Sun Tzu, enables the wise military leader to concentrate on defining priorities and pursuing wise strategies to achieve long-term military-political objectives. Similarly, avoiding the costs, mistakes, and distractions of trading in a portfolio of 60–90 stocks with 100% turnover, which involves several hundred decisions — some to buy, some to sell, many not to buy, many not to sell — that must be made every year, could enable an investor to focus instead on major policy decisions. The best investors have low turnover because they have a superior understanding of the long-term investment value of each position and are thus less affected by interim changes in market price.

Sun Tzu recognized how difficult it can be for a general — who has deployed his troops and made commitments to his senior officers and his ruler — to change his battle plans as combat circumstances change. What portfolio manager has not found the same kind of difficulty in explaining to supervisors, colleagues, or clients a major portfolio restructuring only a few months after explaining, with some conviction, the superior investment logic of the prior portfolio?

Technology, then as now, can change the nature of the contest. In Sun Tzu’s time, technology offered weapons of high-grade iron that could hold a sharp cutting edge, as well as the crossbow, which fired heavy arrows long distances. These new weaponsbrought compelling change. Today, derivatives, the internet, Bloomberg, and computers bring change to investment management. In our era, as in Sun Tzu’s, change can produce serious consequences for those unable to understand how to take advantage of it.

Alfred Thayer Mahan — through his monumental text, The Influence of Sea Power upon History, and through his personal friendships with Theodore Roosevelt and Senator Henry Cabot Lodge — became the world’s most influential naval strategist. Mahan’s principles of naval strategy came to dominate the policies and strategies of all the leading nations’ navies, much as Warren Buffett’s and David Swensen’s principles have come to dominate institutional investors’ portfolio strategies today. Contemporary investment strategists can profit from studying the lessons of Captain (later Admiral) Mahan and the reasoning behind them.

A navy is by nature an attacking arm, and so is an investment portfolio. There is no hiding place on the open seas or in the stock or bond markets. Thus, a leader in either realm must accept the sea and weather or the market as it is and always be thinking about the offense. Mahan advocated concentration of forces, just as active investment managers advocate concentrating an investment portfolio’s commitments on a few dominating concepts or themes. But the creative offense in investing needs a strong defensive base. Sun Tzu emphasized the importance of taking a readily defendable position, and Mahan’s first dictum was always to maintain a “shield of defensive power.” Wise investors appreciate how important it is, as a first priority, to establish a vigorous defense — deliberate and assertive, not “defensive.” Only with a robustly defendable portfolio structure can an investor hold on for the long term despite the inevitable major disruptions when market prices seem to “go crazy.”

Just as portfolio managers treasure close communication with expert analysts, Mahan was clear about the importance of good connections between supplies and the forces that depend on them and saw communication between units as “the most important single element in strategy.”

Mahan, quite unintentionally, provided another lesson for today’s investment managers. By not recognizing the power shift driven by phenomenal improvements in the number and quality of railroads — which reduced the primacy of seaborne movement — Mahan missed a major and transformative change. He also failed to anticipate that such synthetics as rubber, fiber, and plastics — which can be made anywhere — would change trade patterns and make naval blockades far less confining. Similarly, portfolio managers have had to look sharply for such changes as globalization, derivatives, and the overwhelming dominance of markets by professional investors — and the shift from defined benefit to defined contribution retirement plans and the accelerating acceptance of index funds and exchange-traded funds — to protect themselves from the classic problem of history’s admirals and generals: fighting the last war.

This guest editorial was written by Charles D. Ellis, CFA, chairman of the Whitehead Institute, Cambridge, Massachusetts. It was published in the July/August 2013 issue of the Financial Analysts Journal. 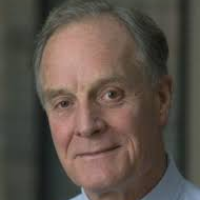 4 thoughts on “Lessons on Grand Strategy”